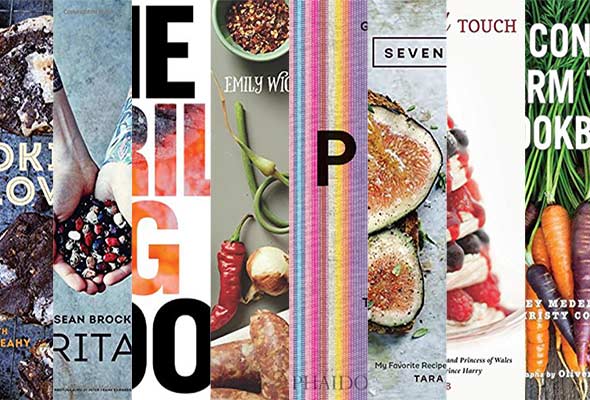 Most people don’t know that we at LC are a far-flung group. I’m in Roxbury, Connecticut, and sometimes NYC; Renee Schettler Rossi is in Phoenix, Arizona; Beth Price is in Charleston; Tracey Gertler is in New Jersey; Frances Kim is in Los Angeles; and Carol Anne Grady is in Scotland. Plus, we have interns and recipe testers in I-don’t-know-how-many places throughout the world. So, unlike most coworkers, we can’t exactly slouch over the communal office mini-fridge and chat about food—what else?—like most coworkers, and we definitely can’t gather in a fancy-ass test kitchen and nosh on the latest recipe tests like staffers at glossy magazines. Don’t get me wrong. We still do all that. Just virtually. Sourcing ingredients. Swapping recipe-testing notes. Comparing techniques for slow-roasting pork butt. Reminiscing about dinner parties from times gone by. And, mostly, gushing about the books that are keeping us up late at night. The odd thing is, the most important person in this equation—you—can’t see these discerning and disparate notions and passions that go into Leite’s Culinaria. That’s why I decided to share with you these intimate conversations about our most coveted cookbooks, including the newly published as well as those that have had time to sit a spell on our kitchen counters. The results, as you can see, are typical of us: varied, interesting, and always excellent.—David Leite 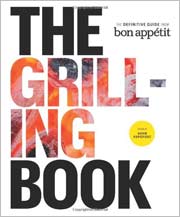 Anytime a cookbook declares itself “the complete handbook” or “the best of the best,” my inner skeptic sees wildly waving red flags.  Yet The Grilling Book: The Definitive Guide from Bon Appétit may not be an overstatement. Last summer, I couldn’t put this book down. It moved from the kitchen to my bedside table to my car for my kids’ camp pick-ups to, of course, our outdoor grill. While the book contains all the requisite recipes for cooking all kinds of meat, my favorites can be found in the shellfish and vegetable chapters. Lobster paella is definitely on my list of upcoming weekend-entertaining projects. And I can’t wait to once again grill up my regular sides from last year, including corn salad with manchego and lime and fingerling potatoes with niçoise olives and scallions.—Tracey Gertler, Marketing Manager 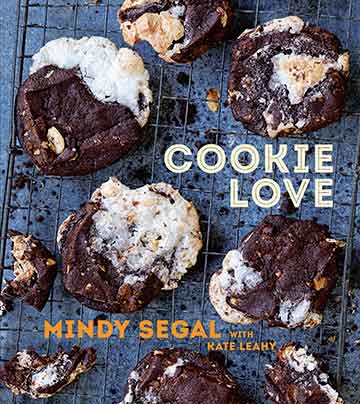 Sometimes cookbooks written by pastry chefs are aspirational to a fault. Too often these stunningly photographed yet intimidating tomes remain on my coffee table. Not my copy of Cookie Love by pastry chef Mindy Segal and food writer Kate Leahy. Already dog-eared and batter-splattered, it has taken up permanent residence in my kitchen. The recipes flaunt Segal’s creative genius, which turns out items both approachable enough for the home cook and sufficiently satiating to land her dessert bar, Hot Chocolate, as a Chicago destination and a James Beard Award winner. Smoky bacon candy bar cookies. DIY Milanos. Raspberry jam spiked with framboise lambic. Pretty much everything I need to turn happy hour into cookies-and-milk hour.—Frances Kim, Associate Editor 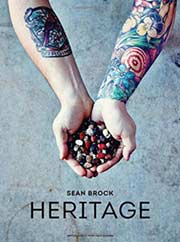 Not long ago, chef Sean Brock made hoppin’ John on the beach for a crowd. He was laughing, barefoot, and slightly tipsy from piña coladas, yet he still made everyone think about and fully appreciate the importance of sourcing fresh, locally grown ingredients such as field peas and grits. He does the same in his book, Heritage. In it the earnest and award-winning chef behind Charleston’s renowned restaurants McCrady’s and Husk takes us on a culinary journey through his life in the Southern kitchen via the same ingredients that our ancestors used in their kitchens. From his first encounter with Low Country hoppin’ John to contemporary dishes studded with heirloom grains, chef Brock’s passion for heritage ingredients and their purveyors resounds in each and every recipe and essay.—Beth Price, Director of Recipe Testing 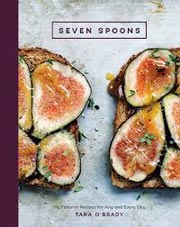 Seven won’t be nearly enough spoons to sample all the recipes you’ll be making from blogger Tara O’Brady’s cookbook, Seven Spoons. O’Brady has a knack for making her recipes seem completely familiar while imparting a unique twist to each. Our intended plan of attack starts with the breakfast section, including berried breakfast batter-style cobbler, savory steel-cut oats with cheese and spinach (plus soused tomatoes), a messy bistro salad with Spanish-fried egg and crispy capers, and roast peaches with the easiest homemade granola ever (twist our arm to turn fruit crisp into breakfast). We may just have to invest in a second set of flatware.—Tracey Gertler, Marketing Manager 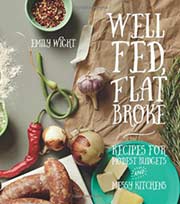 Emily Wight, like most of us, has some questions about the issues surrounding food. She’s not fanatical. She’s just a woman, wife, and mom who’s sweet and quirky and knowledgeable and sassy and practical and wants to know how to put healthful and likable food on the table night after night for her family without going broke or losing her mind. Fortunately for us, she has answers in the form of real food. You’ll find no humdrum girl-next-door stuff on her blog or in her book, Well Fed, Flat Broke: Recipes for Modest Budgets and Messy Kitchens. We’re talking strawberries in your salsa, butternut squash in your tacos, and bacon drippings in your peanut butter cookies. Her questions are many that you’ve probably encountered, such as whether it’s okay to buy non-organic beef if the label says no antibiotics and no hormones, and her answers are thoughtfully researched, bless her. Come to think of it, I do sorta wish she was the girl next door.—Renee Schettler Rossi, Editor-In-Chief

What delights me most about The Connecticut Farm Table Cookbook is its splendid localness. I know and have visited a lot of the farms and restaurants featured in the book. What’s that? You don’t live in Connecticut? So you think this book holds nothing for you? Nonsense. Authors Tracey Medeiros and Christy Colasurdo have compiled 150 recipes from the state’s best and most beloved destinations. (These include our go-to farms, Maple Bank Farm and Averill Farm, and, of course, the restaurant Community Table, which we’ve been to more times than we can count.) Flip through the book and you’ll be wooed by fresh corn soup, knocked out by fennel-Parmesan fritters with a buttermilk-bacon dressing, and inspired to move to New England by Nutmegger’s lamb chops with a sauce of garlic, nutmeg, and sumac. And when you do decide to be my neighbor, I’ll bring over a basket of fresh Blackberry River scones.—David Leite, Publisher 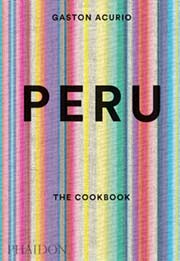 Chef Gastón Acurio is a self-appointed ambassador for Peruvian cuisine in much the same way chef José Andrés is for Spanish cuisine—give or take a little worldwide acclaim. A legend in his own country, Acurio has launched dozens of cevicherias and anticucherias and chifas and gastrobars over the course of his career. Unlike loftier, chef-ier personalities, Acurio dotes on common, everyday fare with the same attention and gusto that those with puffed egos to match their puffed toques lavish on molecular creations. So revered is he that anticipation for Peru: The Cookbook has been building among his followers for literally decades. It’s the sort of fervid anticipation that prompts my husband’s second cousin to ping me on Facebook late at night to tell me she’d pre-ordered her copy on Amazon and inquire if I’d secured mine. (Let me explain. My husband’s recollections from childhood are the stuff of papa a la huancaína, anticuchos, and chupe de camarones—things he’d beg his mom to recreate from her Peruvian childhood. Although she moved to the States during the Velveeta era, which means she had to fudge her recipes with not-so-authentic ingredients procured from American grocery stores, which left my husband curious about the actual classics. This book contains the answers.)—Renee Schettler Rossi, Editor-In-Chief 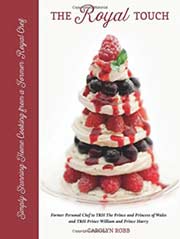 One day last fall I received a call about testing recipes for a new cookbook. My son’s wedding was in a matter of weeks, so my first inclination was to decline. I’m so glad that I didn’t. The Royal Touch: Simply Stunning Home Cooking from a Royal Chef introduced me not only to the dishes served to Princess Diana and Prince Charles and their sons, but gave me a voyeuristic glimpse into life at the palace. As personal chef to HRH for 13 years, author Carolyn Robb executed regal dishes on a daily basis. An excursion on the HMY Britannia Royal would promise a platter of Coronation Chicken. A weekend jaunt to a nearby castle included double-baked soufflés. Trifle Royals graced the table in the throne room at the Christmas dance. Carolyn blends her South African upbringing, Cordon Bleu education, and training in Italy with a decidedly British air to create contemporary dishes based on local ingredients. The results are simple yet elegant and can be made by the home cook. Of course, your asparagus and new potato soup, open ravioli of wild mushrooms, and seared salmon won’t be made with ingredients foraged and caught at HRH residences. But you can make the chocolate biscuit cake so beloved by Prince William that he requested it be served at his wedding. Interspersed within the recipes are lovely handwritten notes from Prince Charles and Princess Diana exclaiming their delight over a particular dish. With this book, everyone in your family can be treated like royalty.—Beth Price, Director of Recipe Testing