What is Swiss Chard?

What is Swiss chard? This article is an exploration of what Swiss chard is, the perfect technique to cook it, and the countless ingredients that play nicely with it as experienced throughout various food cultures. 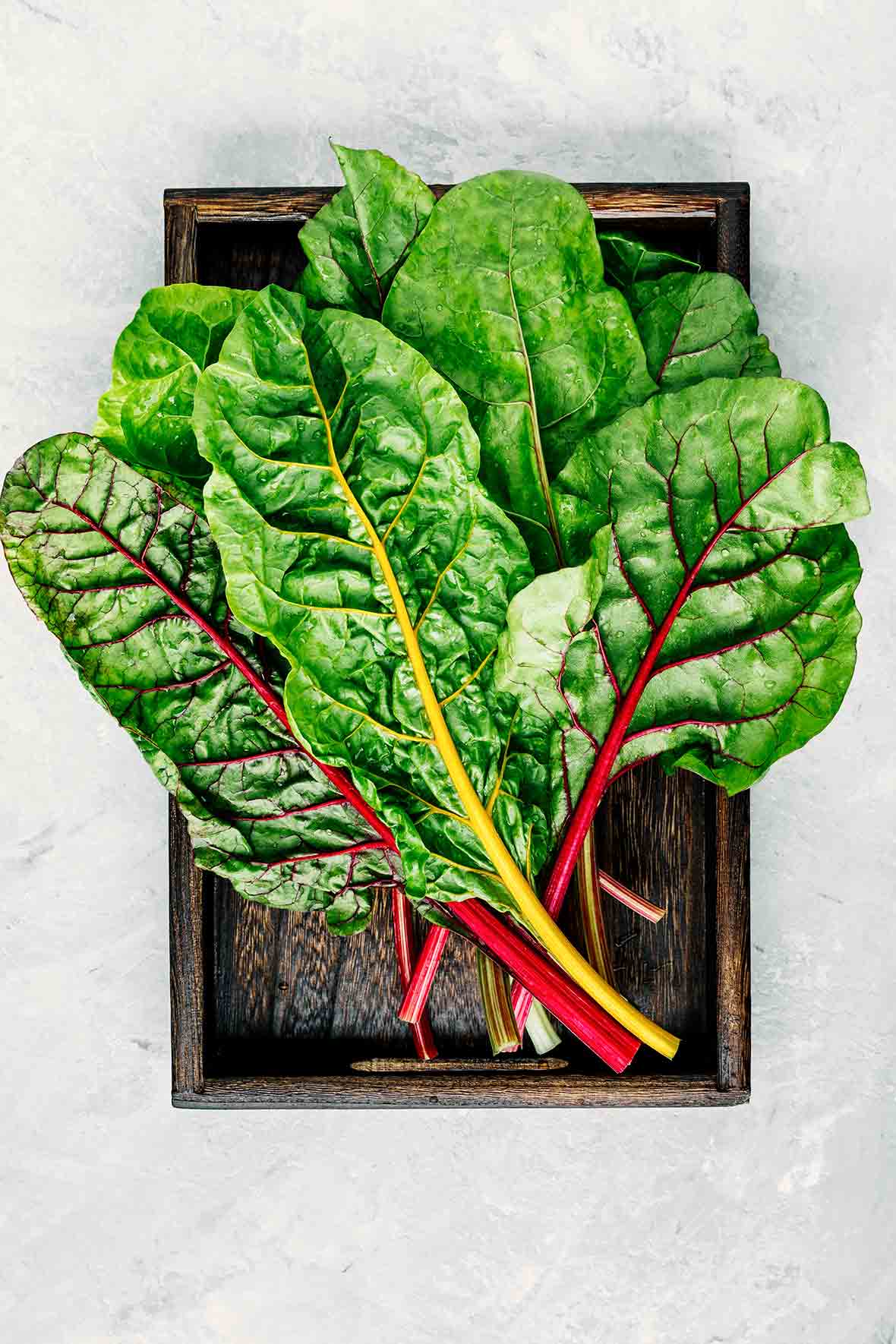 What exactly is Swiss chard?

Swiss chard is a vegetable without roots, metaphorically speaking. Culinary experts, including bioscientists as well as historians and cookbook writers. have found little or no evidence of a Swiss connection for the leafy green. Even the highly respected food writer Elizabeth Schneider, author of Vegetables from Amaranth to Zucchini (Morrow, 2001), begins her chapter on the stalky green with, “As of this sentence, I will no longer add ‘Swiss’ to chard.”

But a muddled pedigree is just part of the confusion. According to Schneider, chard comes from the Latin and French words for thistle, which is a misnomer. So then, if chard is neither Swiss nor a thistle, what exactly is it?

It’s a member of the beet family. (Had I known this years ago, when I was first passed a heaping plate of creamed chard, I would have refused to even taste it. I fought in vain throughout my childhood to stop my mother from adding canned beet slices to my tuna salad, which always dyed it a distasteful ruby red.)

What do I do with the stems of Swiss chard?

In this country, chard is prized mainly for its crinkly leaves, but Schneider is baffled by Americans who lop off the stems and discard them, missing out on their celery-like crunch when raw and mellow flavor when cooked. Plus, the stems of rainbow chard, one of several varieties, come in about as many eye-popping colors as Pucci’s summer collection: chartreuse, candy pink, magenta, cherry, lemon yellow, and orange, among others. (Although I can appreciate the stems, I’m an inveterate leaf man. I like the deep, earthy flavor, especially when sautéed in butter and sprinkled with a pinch of fleur de sel and freshly ground pepper.)

Where is Swiss chard common in cooking?

Chard is particularly popular in the Mediterranean, where it’s prepared in countless ways. In Portugal, it’s sauteed with an abundance of garlic and robust olive oil. Throughout the Middle East, chefs add cinnamon, cumin, paprika, and hot peppers. Cooks from Nice and Provence usually braise the stalks in broth and toss in garlic and anchovy for an extra flavor punch.

Befitting a vegetable with no nationality, many recipes for it take inspiration from several countries. In a nod to Greece, where chard is often stewed with leeks, as well as a homage to Catalonia, where raisins and pine nuts are sprinkled on for extra richness, I created a Swiss chard, leek, and goat cheese tart with golden raisins and pine nuts. The goat cheese owes its presence simply to the fact that I can never find enough dishes to add it to.

How do I prepare Swiss chard?

A few notes when preparing chard: Like spinach, it contains a lot of grit. Take care to wash the leaves thoroughly in several changes of water. If you want to use both stems and leaves, cut the stems into 1/2-inch lengths and either gently simmer them in chicken stock for 10 minutes or until crisp-tender, and then cook them with the leaves, or you can simply toss them into a hot skillet or a pot of soup about 5 minutes prior to adding the leaves to give them a head start on cooking. If you use red or the ever so lovely rainbow chard, the color may bleed and stain the remaining ingredients. If you’re a purist, opt for chard with white stalks. Originally published April 16, 2010.

Back to What is Swiss Chard? on Leite's Culinaria