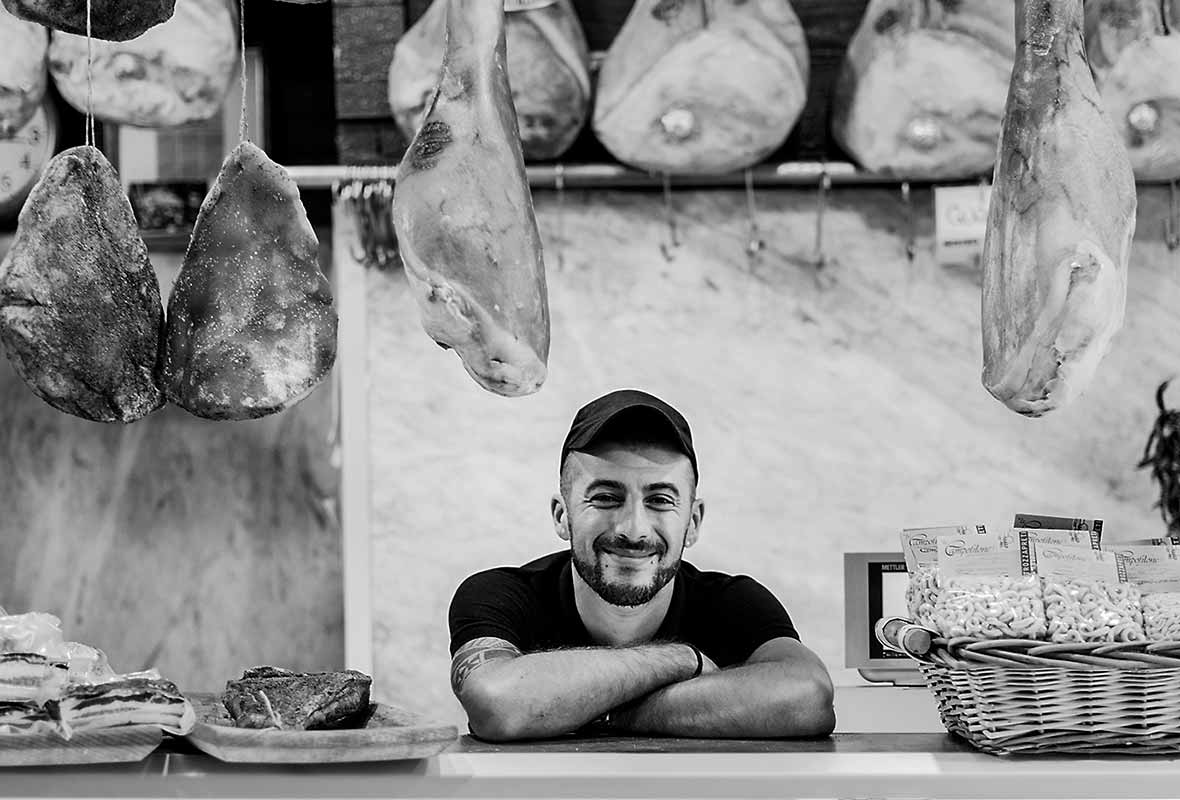 “Best cookbooks” means different things to different people at different times. To us this month, it means crazy grilled cheese sandwiches, tricks and tactics from oh-so-practical Italian butchers and chefs and home cooks, Latin American cooking in all its vibrant splendor, and the science behind our least desirable food habits (and advice on how to let them go for good).—Renee Schettler 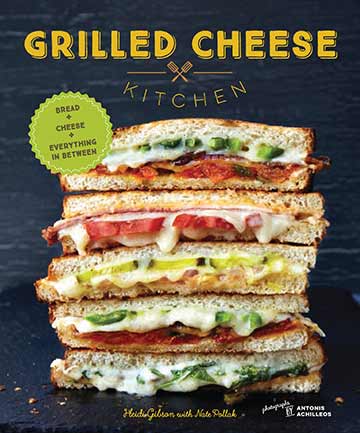 “Grilled cheese is magical, grilled cheese is love.” So says Grilled Cheese Kitchen: Bread + Cheese + Everything in Between. Despite whatever sorcery may surround the topic, the book has the perfect grilled cheese down to a science. Pan types, butter, cooking methods, breads, melty cheeses—no component remains unexamined. And that’s just the book’s introduction. Each recipe that follows is ridiculously cheesy and naughtily delicious, beginning with grilled cheese for mornings (sign me up!) and following with 31 even more inventive recipes for later in the day, including Grilled Cheese with (Literally) Everything and even a Grilled Mac and Cheese Sandwich (believe it!). The book also includes soup recipes, including a 10-minute tomato soup and white bean and ham soup, presumably because soup and grilled cheese belong together. (Missing is the suggested grilled cheese sandwich and soup pairings. What crisp, melty delight marries perfectly with butternut squash soup? I want to know!) The book then unexpectedly veers into a Mac ‘N’ Cheese section (because, like grilled cheese, it’s carbs and cheese, we presume?) and a Pickles, Sides and Spreads section that includes all manner of embellishments for the accompanying so-not-your-average sandwiches (witness Pickled Red Onions that you’re going to want to strew on everything). Grilled cheese is magical, indeed.—Diana Mencel, Social Media Intern

ROME and MY KITCHEN IN ROME 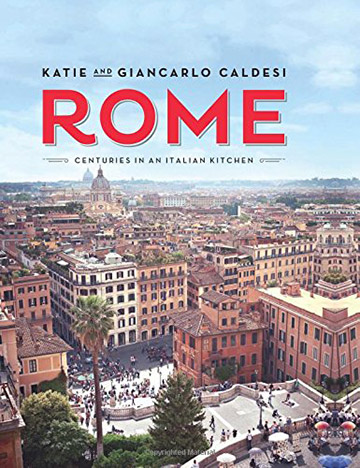 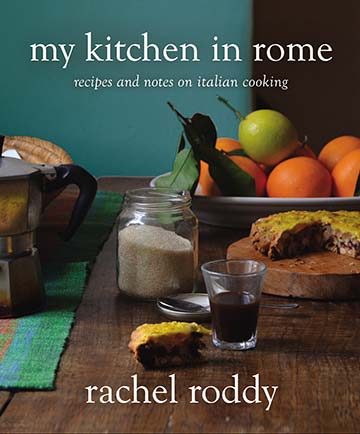 classics to more contemporary creations. There’s little editorializing. Instead, the authors let the snapshots tell the story via glimpses of everyday life. And they let the recipes, including a revelatory Cacio e Pepe, speak for themselves. In sharp contrast, My Kitchen in Rome: Recipes and Notes on Italian Cooking offers a first-person narrative about Rome—entirely appropriate given the title of the book. Be prepared to read a lot of “I like…” and “I make…” statements, presumably preferences and affinities author Rachel Roddy gleaned from the collective culinary consciousness that exists in Rome. Her voice, like the voice of most Romans, is opinionated and experienced. It’s also frugal and practical. Listen to it. The emphasis is on techniques and tactics—you can expect to understand why a food mill is crucial as well as the beautiful simplicity of a proper affogato—punctuated by charming glimpses of life in Rome. And, natch, recipes.—Renee Schettler Rossi, Editor in Chief 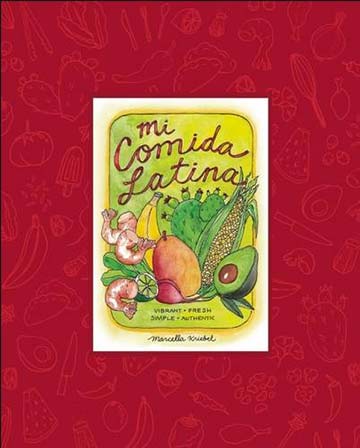 One of my biggest pet peeves is a cookbook without photography. How am I supposed to decide which recipe to try first? How am I going to​ figure out how the final dish should look? Mi Comida Latina: Vibrant, Fresh, Simple​,​ Authentic challenges all my preconceived notions. One look at author Marcella Kriebel’s vibrant watercolors and stunning hand-lettering and you won’t miss the usual food glamour shots​ at all.​ The book documents more than 100 recipes from Kriebel’s travels throughout Latin America, including Mexico, Colombia, Ecuador, and Puerto Rico, to name​ just​ a few. The​ recipes are based on notes and illustrations she jotted down as she watched her host families cook in their homes. It shows—the​ resulting recipes​ read like a friend dictating instructions over the phone. Kriebel talks you through everything from the simplest salsas and agua frescas to the somewhat more involved llapingacho (Ecuadorian cheese-stuffed potato pancakes) and lomo saltado (Peruvian beef and potato stir-fry). On top of everything else​​ Mi Comida Latina has going for it, it’s published by the non-profit Burgess Lea Press, which donates 100% of its after-tax proceeds to food-minded charities.—​Frances Kim, Associate Editor 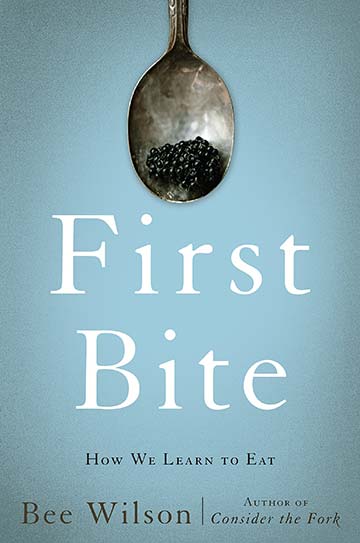 Finally, a look at the science behind food quirks that’s not couched in wuvvy duvvy self-help speak. That’s not to say this 319-page manual won’t summon revelations about yourself that will ultimately enable you to help yourself. Just saying that it’s a little less pandering than others in its genre. First Bite: How We Learn to Eat reads somewhere in between the stereotypical self-help genre and the mind-numbingly dreary psychology textbooks you endured during college. The premise, supported by neuroscientists as well as nutritionists, is not earth-shattering. Quite simply, the book asserts that our food preferences are not fixed by nature but rather relate to nurture. As The New York Times quipped in its review of the book, author Bee Wilson tends to make us wonder “how else we are confusing food and love, and misguiding our children in the process.” But it’s the understanding that Wilson seems after and not the related blaming or shaming. She sets out to incur change with the empathetic and encouraging notion that if you can understand how some expression of dysfunctional eating came to be, then you’re in a position to change it. A thought-provoking read for anyone attuned to their and others’ complicated relationships with that which sustains us and who don’t trust a foolish government food pyramid or the latest list of carbs to eschew to bring things back into balance.—Renee Schettler Rossi, Editor in Chief