These quick pickled ramps preserve the spring onions in red wine vinegar, water, sugar, and salt and pepper. The pickled ramps are ready to eat within an hour and last in the fridge for months. 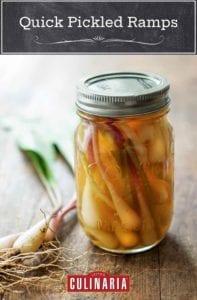 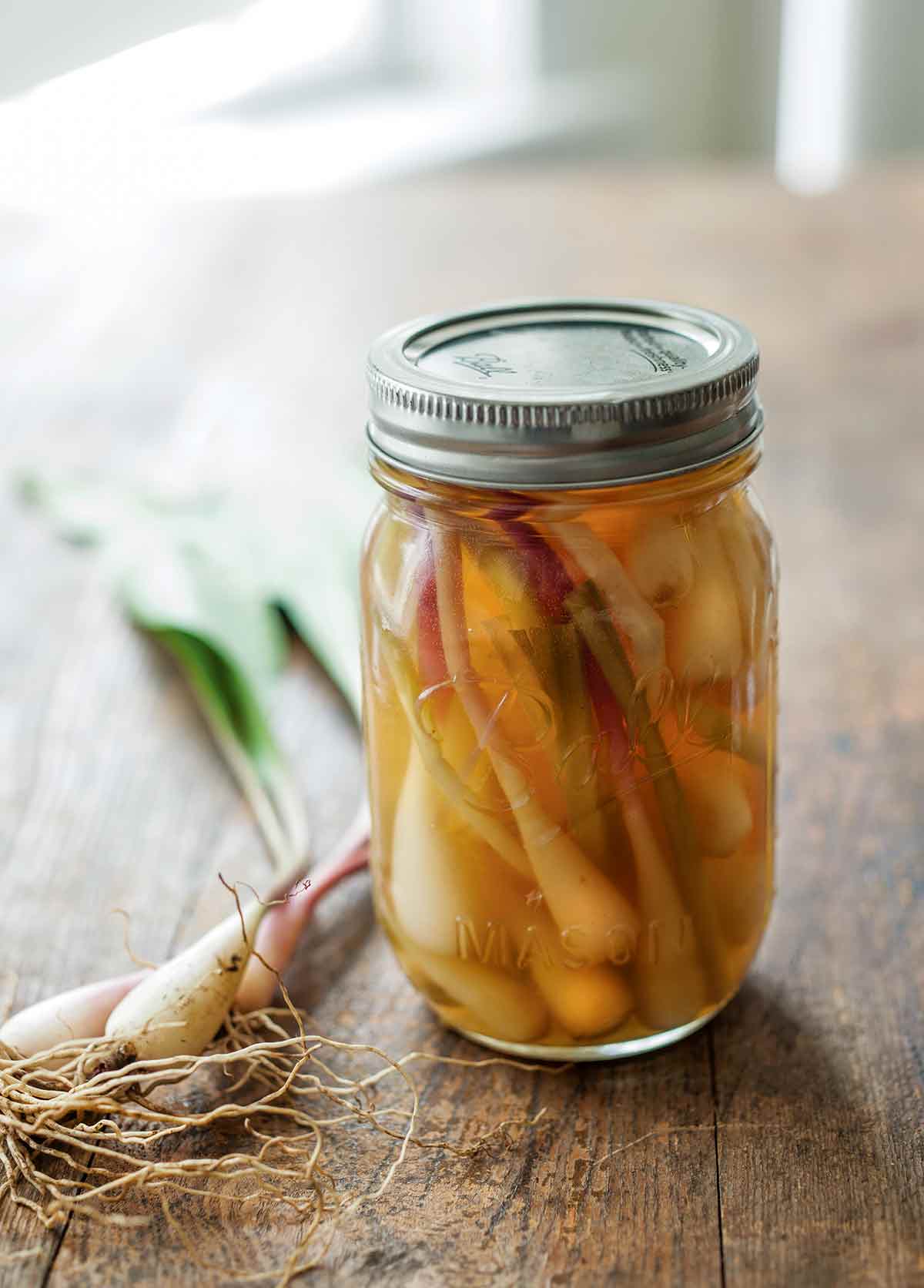 With their sweetly salty garlicky smack, these quick pickled ramps are exactly what you want to make during those precious few weeks each spring when you see ramps for sale and obsessively gather up armloads of the elusive spring lovelies before they suddenly disappear for the next 12 months. The conundrum arises the moment you realize you can only eat so many of them morning, noon, and night.–Renee Schettler

Those of you who are unacquainted with ramps, allow us to explain. Technically known as wild leeks, ramps have floppy green leaves which narrow to a slender white bulb and all parts of the plant pack quite a garlicky wallop. They grow only in certain select conditions and, as such, are available for just several weeks early each spring in a handful of places throughout the States. Because they need to be foraged, you’ll typically find them only at farmers markets, road stands, and the occasional local grocery store, including some Whole Foods Markets. Because ramps make themselves known so darn infrequently, devotees tend to gather them up in obscene amounts so as to revel in the abundance while they may. Which is exactly why you need to know how to preserve them for later. For ideas on how to use these quick pickled ramps, see What Do I Do With Ramps? below. For inspiration on how to use the rest of the plant, here’s how our editors and our favorite Manhattan chefs cook ramps. 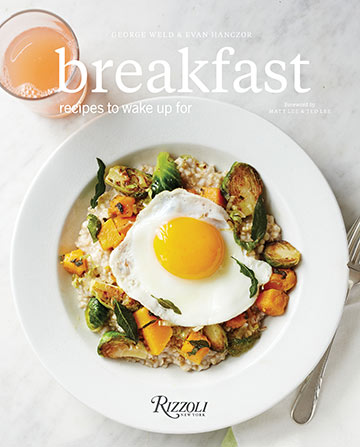 In a deep pot, combine the vinegar, water, sugar, salt, and pepper and bring to a boil. Fill a bowl with ice cubes and add just enough water so the ice floats.

When the liquid is boiling, plunge the ramps into it and make sure they’re fully submerged. Cook for 15 to 30 seconds, depending on how skinny or fat your ramps are, and then grab tongs or a small strainer and gently remove them from the pickling liquid and transfer them to the ice water until completely cool. Remove the pickling liquid from the heat and let it cool completely.

Drain the ramps and pat them completely dry.

Arrange the ramps in a 1-quart jar and pour the room-temperature pickling liquid in over the ramps. The ramps need to be completely submerged. Store in the refrigerator and eat at your leisure. They’re ready to nibble within hours although they keep for months in the fridge. The longer the ramps remain in the pickling liquid, the more pronounced the pickle tang. Originally published April 29, 2016.

What Do I Do With Ramps?

These special treasures will be happily enjoyed as a condiment, savoring each bite with the knowledge that these are a once-a-year treat.

The recipe itself is straightforward, easy, and quick. Because I had super-skinny ramps, I needed to be especially gentle when removing the ramps from the boiling pickling liquid. Also, the cooling process was barely a couple of minutes. The ramps fit nicely in a quart jar. I put them in the refrigerator after about an hour and a half. I tasted one the next day and it was delicious—a little pickley, a little oniony, a little garlicky.

This quick pickled ramps recipe was partly the thrill of the chase—I thought they would be easy to come by, but, after a number of failed attempts, I located the most beautiful, pencil-thin, super-fresh ramps in Denver. The sign on the ramps said, “Only available for a few weeks!" Two weeks later, tonight, at the time of this writing, I just spotted ramps in a store here in Chicago that looked equally fresh but much bigger than the ones I had purchased out West. The biggest difference between the photograph above and my beautiful pickled ramps is that my pickling liquid is VERY deep and beautifully red from the red wine vinegar I used and not at all the pale Champagne color of the liquid in the photo. I look forward to testing these special treats in several months.

Speaking of treats, when I shared with a friend that I had made these ramp pickles, she shared in return that she has enjoyed a jam made from pickled ramps in a super-special grilled cheese sandwich, and I’m maybe going to need to try this before I’m out of stock of pickled ramps!

I am a self-professed onion and garlic lover. I love onions—white, green, red, sweet, or plain old yellow. The same is true with garlic— shallots, scallions, leeks, all members are welcome in my kitchen! And there's so much hype about ramps! With all the talk of their limited availability, I was so excited when I went to Whole Foods and saw a large display as soon as I walked in. This recipe was pretty straightforward, with no real surprises. The resulting pickled ramps were delicious with a great texture.

Once the ramps were cleaned and cut down, there wasn't much left. I would have purchased twice the amount since there was quite a lot of liquid (just over a quart). The ramps were perfectly blanched in less than 30 seconds but still had a nice bite to them. I used an 18-ounce confiture jar to store the ramps. I tried the ramps after the pickling liquid cooled and I had poured it over the ramps in the jar. The flavor of the brine went nicely with the sweet, mildly leeky, garlicky flavor of the ramps. I felt almost guilty not using the leafy greens in the same recipe, I felt like they were so valuable (and not cheap)!

Although I wish I had bought twice as many since they were addictive and I could have eaten the entire batch. I can now add ramps to another member of the onion and garlic family that I love.

Back to Quick Pickled Ramps on Leite's Culinaria