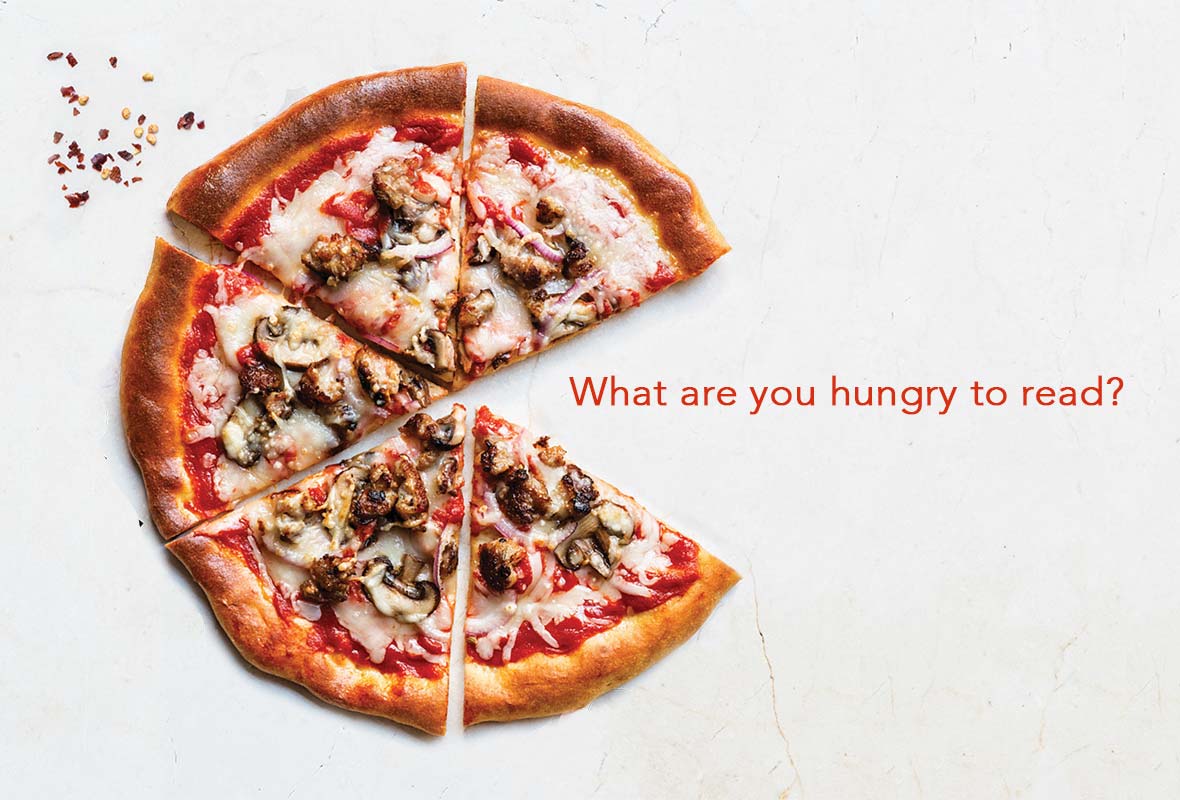 The best cookbooks in recent months comprise a pretty diverse array of topics. As chance would have it, our staffers are also a pretty darn diverse bunch. Not surprisingly, you’ll notice that the books and magazines we’re keen to explore are also pretty darn diverse, witnessed by the below tiles that we’ve found ourselves flipping through forwards and backwards and forwards again, obsesesively cooking and baking from, and just generally having difficulty putting down late at night. And we think that’s a good thing. Collectively they may not all pique your curiosity, but we’re willing to wager that at least one of these will intrigue you and surprise youy and make you hungry to read it. Kindly let us know which one in a comment below.—Renee Schettler Rossi, Editor in Chief 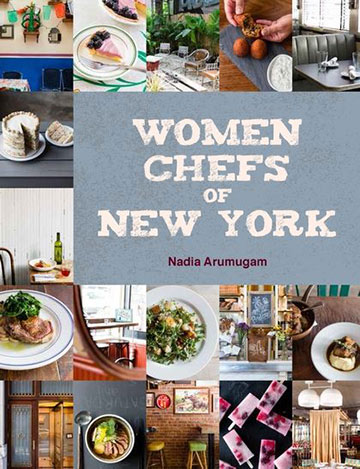 There are many who fantasize from time to time about making a name for ourselves on the line at any of several posh Manhattan restaurants. Then reality sets in and we recall just how quickly and brutally the New York food scene will chew you up and spit you out. And we remind ourselves just how much grit it takes to really make a living as a chef. And we consider the fact that being a woman chef is still, in many ways, like infiltrating a good old boys’ club. And most of us retreat to the couch. Women Chefs of New York brings us the stories behind some of the toughest, most adventurous, badass ladies in the business. No two paths to the top are the same, and here you’re privy to each chef sharing her unique story and her gloriously distinct take on the culinary arts via her signature recipes.—Camilla Maybee, LC Recipe Tester 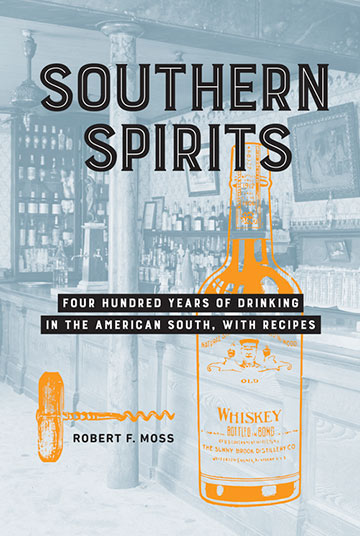 This is not a cookbook per se. It’s more of a history book that happens to include authentic recipes for historic Southern drinks. And I’m not just talking mint juleps. Southern Spirits: 400 Years of Drinking in the American South, with Recipes examines the South via liquor, beer, and wine, taking you from the first settlers through the whiskey boom, the Civil War, Prohibition, and beyond. Recipes include classic gems such as Tiki the Hut, an Antebellum Mint Julep, and an original 1770s recipe for that comeback cocktail, the shrub, which bears little resemblance to what you may have tasted at your local coffeehouse (that’s where I got my first taste of shrub). Sometimes history gets muddled more than mint, and Southern Spirits shows just how much more there is to Southern drinking than moonshine. Even better, these aren’t recipes that require numerous expensive bottles of booze. Think bourbon and Coke rebooted. Southern Spirits is an interesting read on a subject that will leave you longing for summer days spent sipping something strong on the veranda.—Kim Medalis, Marketing Intern 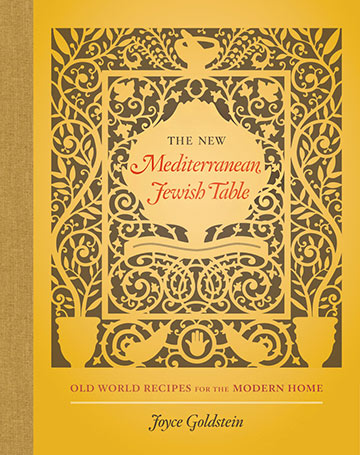 Joyce Goldstein’s The New Mediterranean Jewish Table: Old World Recipes for the Modern Home is a 400-page encyclopedia chronicling the kind of Jewish home cooking that predated brisket, blintzes, and bagels. (Remember that Italy, Spain, Greece, Portugal, North Africa, and the Middle East have been home to Jewish communities since biblical times.) These classically inspired recipes celebrate a colorful mosaic of regional cuisine emphasizing traditional Mediterranean flavors such as cinnamon, nutmeg, cardamom, cumin, almonds, tahini, artichokes, olives, and preserved lemons—except here the ingredients are utilized in slightly more contemporary fashion. Tagine of pumpkin and lentils. Venetian-style marinated fish. Chicken and rice wrapped in phyllo. Candied eggplant. (Yes, eggplant.) The recipes aren’t, admittedly, simple or quick, but they will draw raves. If you’ve ever longed to prepare the foods of the Old World, this is the book for you. —Sue Epstein, LC Recipe Tester 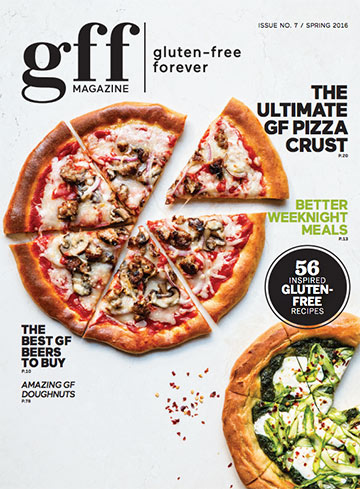 Forever is quite a long time. And if you want or need to make it forever without gluten, you’re going to require a heck of a lot of recipes, some sane advice, as well as some solidarity. Gluten Free Forever is all that and then some. It’s a quarterly magazine that features photography that’ll instantly incite cravings, taste tests of commercial temptations (gluten-free chocolate chip cookie mixes! pancake mixes! boxed pastas! beer!), simple yet spectacular recipes that place an emphasis on the ease of everyday eating and entertaining, and feature articles about chefs and owners of bakeries, cafes, and other such destinations who say things like, “I know what it feels like to be left out of a food situation. I wanted a place where people like me could go and be safe and to eat a piece of cake or a cupcake, or bread, and enjoy food the way it’s supposed to be—clean and good and fun.” Yes, other gluten-free publications exist. But quite frankly, Gluten Free Forever is the only one of its kind that feels inclusive, not exclusive. It’s also the only one that has all the trappings of a proper glossy. As for the recipes, they’re as enticing as they are doable and worth the price of a subscription. Subscribe to print or pdf issues at Gluten-Free Forever (use the code “SPRING16” for a whopping 35% discount). Back issues are also up for grabs (and discounted 25% when you use the code “EATGFF”).—Renee Schettler Rossi, Editor in Chief 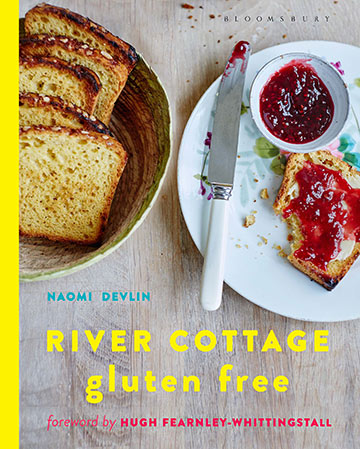 If there’s just one thing about River Cottage Gluten Free that makes it worthy of a place on your bookshelf, it’s the sourdough starter. I’ve been baking gluten-free for 15 years, and I think I’ve tried every so-called gluten-free sourdough out there. The starter recipe in this book makes the first truly viable gluten-free sourdough starter I’ve come across. Once my starter was ready, I made the sourdough English muffins, which came out perfectly—more complex in flavor and healthier than any store-bought gluten-free baked good. The sourdough loaf encrusted with sunflower seeds was attractive and delivered a true sourdough tang, a rarity in gluten-free breads. If you’re looking for a gluten-free version of a white sandwich loaf, you won’t find it here as all the bread recipes in this book have a higher ratio of whole grains to starches than usual. And because the book was published in the UK, everything is measured in metric, most of it by weight, so you’ll need a scale. But the book offer more than just bread. There’s also a macadamia nut hummus that’s legume-free for those with delicate digestive systems that’s where creative and delicious intersect. A green tabouli swaps quinoa for bulgur and incorporates mint and cilantro along with the customary parsley. Chocolate and chestnut fondants (what we know here as molten chocolate cake) are decadent without being overly sweet. But what you really want is that starter. It gave rise to lovely breads whose recipes can be found in the book, although what’s even more exciting is having the starter on hand to incorporate into my own gluten-free bread recipes for years to come.—Melissa Maedgen, LC Recipe Tester

IT WAS ME ALL ALONG 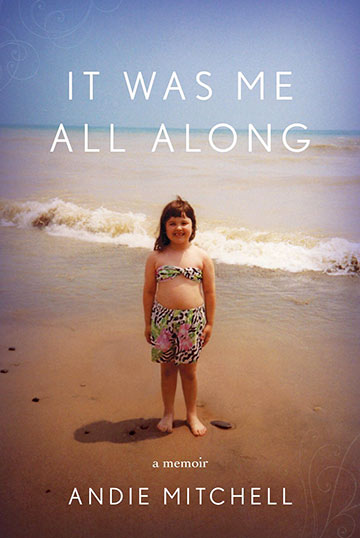 It Was Me All Along: A Memoir, despite its title, is no mere memoir. It’s actually sorta a self-help book. And I mean self-help in the truest sense of the term seeing as author Andie Mitchell not only summons the wherewithal to help herself with her overeating ways but, in so doing, also enables us readers, the unwitting voyeurs into her uncomfortable relationship with food, to see our own food struggles for what they are and start to help ourselves. As Mitchell shares her story, beginning in childhood and culminating in her early 20s, she makes it quite easy, through the benefit of hindsight and incredible self-awareness, to step back and observe when and why things went wrong. We witness not just her resiliency and resolve but her keen self-awareness and intent to make things right for herself, which in turn makes it a little easier for us to stand at arm’s length from our own story, examine and understand our own faltering relationship with food, and actually initiate some of those changes we’ve been meaning to make for so long.—Renee Schettler Rossi, Editor in Chief 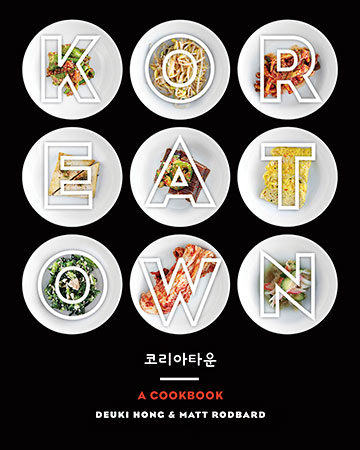 Koreatown: A Cookbook delves into a neighborhood and cuisine very near and dear to my heart. I grew up in Los Angeles, home to the largest Koreatown in the U.S., where my family and I went for comfort food anytime my mom wasn’t on dinner duty. The book goes beyond L.A., however, ​to explore Koreatowns across America​ and​ celebrat​e ​the gutsy, rustic food that is the lifeblood of these communities. ​It​ starts with a comprehensive rundown of Korean ingredients and then comprises eight chapters: Kimchi & Banchan, Rice, Noodles & Dumplings, Barbecue, Drinking Food, Soups, Stews & Braises, Respect: Guest Recipes, Drinks, and Sweets & Desserts. ​Recipes are interspersed with photos of and stories about the owners of these Koreatown institutions, as well as Q&As with chefs and celebrities ​regarding their experiences with Korean food (which frankly, I could’ve done without). I was concerned that the funkier Korean dishes would be defanged for the American palate​,​ but stopped worrying when I saw the stellar recipe for jokbal (soy-braised pig’s feet). If trotters and the like aren’t your speed, there’s all manner of quick kimchi recipes and weeknight indulgences like slow cooker kalbijim (beef shortrib stew) and dakgangjeong (​the oh-so-trendy KFC—Korean fried chicken). As the authors mention in the introduction, “Korean food is never, ever a boring time.” Luckily for us, neither is this cookbook.​​—Frances Kim, Associate Editor

© 2016 LC Editors. All rights reserved. All materials used with permission.