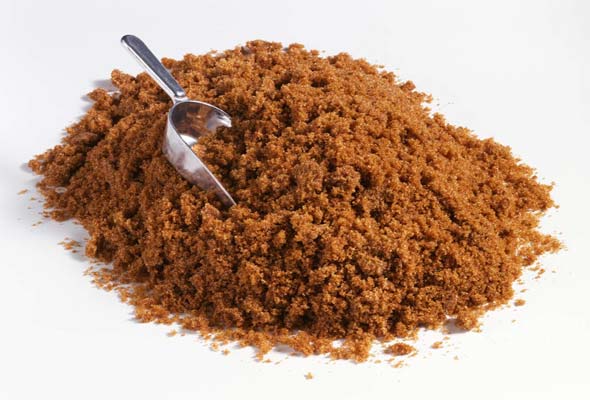 Recently, a reader opened a new package of brown sugar and found it to be hard as a rock. In a bind, he had to grate the chunk, which failed to provide the fluffy texture he wanted. The problem got him thinking about its cause, and he suspected that — at some point in its travels — the box of sugar had been exposed to moisture. So he contacted us looking for answers. The verdict? While his suspicion about moisture in transit was indeed on the right track, he was headed in the wrong direction. 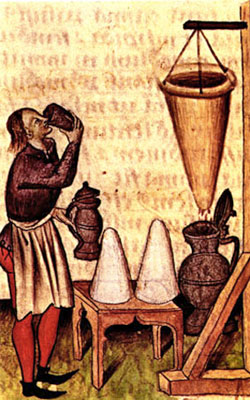 Brown sugar is merely refined sugar to which varying amounts of molasses have been added, depending on the degree of darkness desired. Water in the molasses provides the sugar’s characteristic fluffiness (as crystals stick lightly to each other). But, as our reader discovered, once a package is opened, the sugar tends to harden as the water evaporates. The molasses permanently glues together the crystals of sugar. And once that happens, a cook has little recourse but to grate the sugar by hand or toss it in the trash bin. 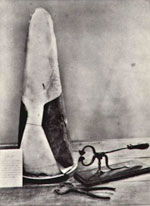 Before modern packaging and super-refined sugar were invented, all sugar contained a little residual molasses. At that time, sugar was shipped in the form of hardened, cone-shaped loaves. Cooks — like our unfortunate reader — then had to grate or scrape the loaves to use the sugar. After brown sugar began to be shipped in heavily waxed paper (which was invented by a youthful Thomas Edison when he found that foods wrapped in paper tended to leak, causing the paper to fall apart), practical cooks left a slice of apple in the bag once it was opened, in an effort to maintain the sugar’s moisture content.

I suspect that the inside lining of the guilty box of brown sugar was not well-sealed when it was packaged, or was somehow damaged in transit. Today’s plastic-lined boxes work better, unless, like the one in question, their integrity is compromised.

I never buy brown sugar. I just make my own, as needed, by combining a little molasses with ordinary white sugar. For one cup of white sugar, a teaspoon of molasses is plenty to start. You can always add more if a darker sugar is desired. If you’re not using an electric mixer, small lumps usually require some kneading with your fingers to be fully incorporated. This is a little messy, but, if no one is looking, you get to lick your fingers when you’re done.

If the brown sugar is to be combined with other liquid ingredients, such as pumpkin pie filling, don’t even bother mixing them first; they’ll dissolve, anyway.

One final reminder: If there’s any leftover sugar, store it in a tightly sealed zip-top bag, and be sure to squeeze out all of the excess air first.

References
McGee, Harold. On Food and Cooking: The Science and Lore of the Kitchen. New York: Scribners, 1984

© 2004 Gary Allen. All rights reserved. All materials used with permission.