Slow cooker split pea soup with ham is traditional winter comfort food made easy. Just toss everything in a Crock pot and walk away. You’re welcome.

This slow cooker split pea soup is a creamy bowl of traditional winter comfort food. The soup features all the hearty, stick-to-your-ribs goodness of classic split pea soup, including ham, but with the added boon that you simply toss everything in Crock pot and walk away. All that’s left to do is accept the dinnertime hero award. [Editor’s Note: No slow cooker? No problem. Check out the stovetop instructions beneath the recipe.] Originally published March 23, 2017.–Angie Zoobkoff

Dump the split peas in your slow cooker and nestle the ham hock into the split peas. Pile in the onions, carrots, celery, and garlic and then tuck in the bay leaves. Season with pepper and pour the water over the top.

Fish out the bay leaves and discard them. Remove the ham hock and place it on a plate until it’s cool enough to handle. Discard the skin, bones, and any cartilage. Shred the ham.

If desired, use an immersion blender to purée the soup to the desired consistency. Stir in the shredded ham, thyme, frozen peas, and vinegar. Continue to cook on low until the frozen peas are heated through, about 15 minutes. Taste and add up to 1 teaspoon salt, depending on how salty your ham hock. (Don’t be shy with the salt. It really brings out the flavor of the soup. Trust us.)

Ladle the soup into bowls right away or let it cool and cover and refrigerate it for up to several days and be amazed at how much richer the soup tastes after the flavors have a chance to meld. (Alternately, you can portion the soup into individual resealable plastic bags or containers and toss them in the freezer for up to 1 month.)

HOW TO MAKE THIS SPLIT PEA SOUP ON THE STOVETOP 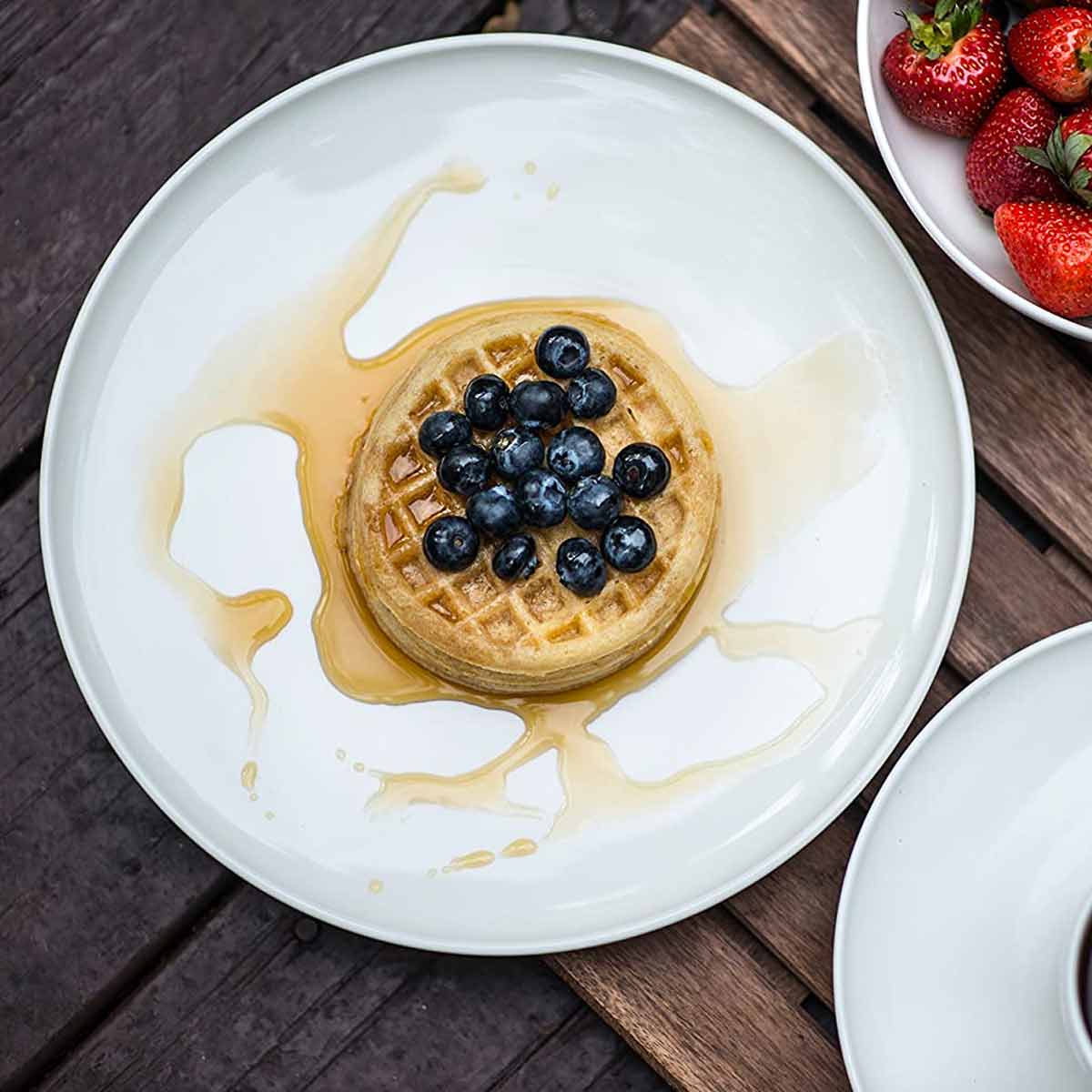 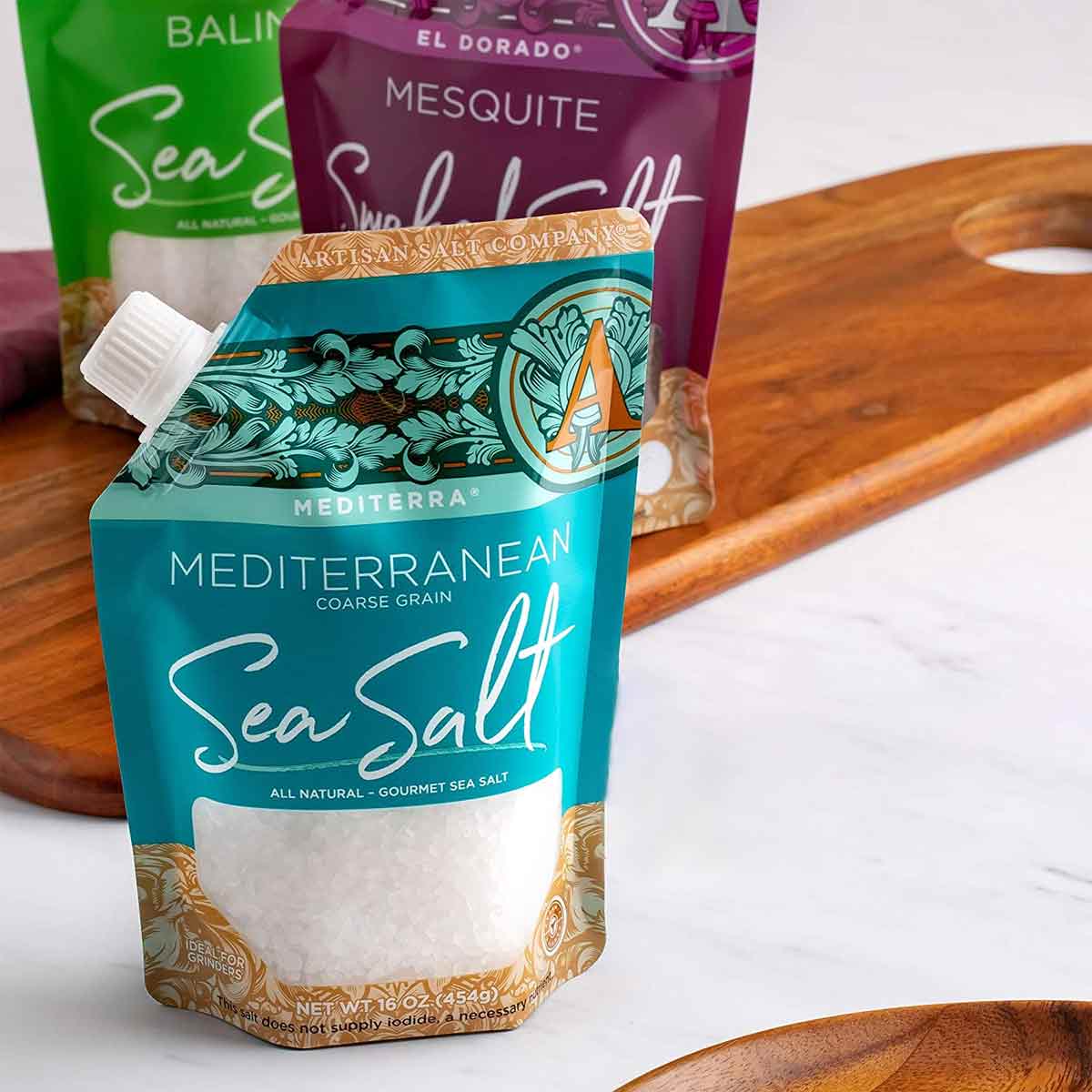 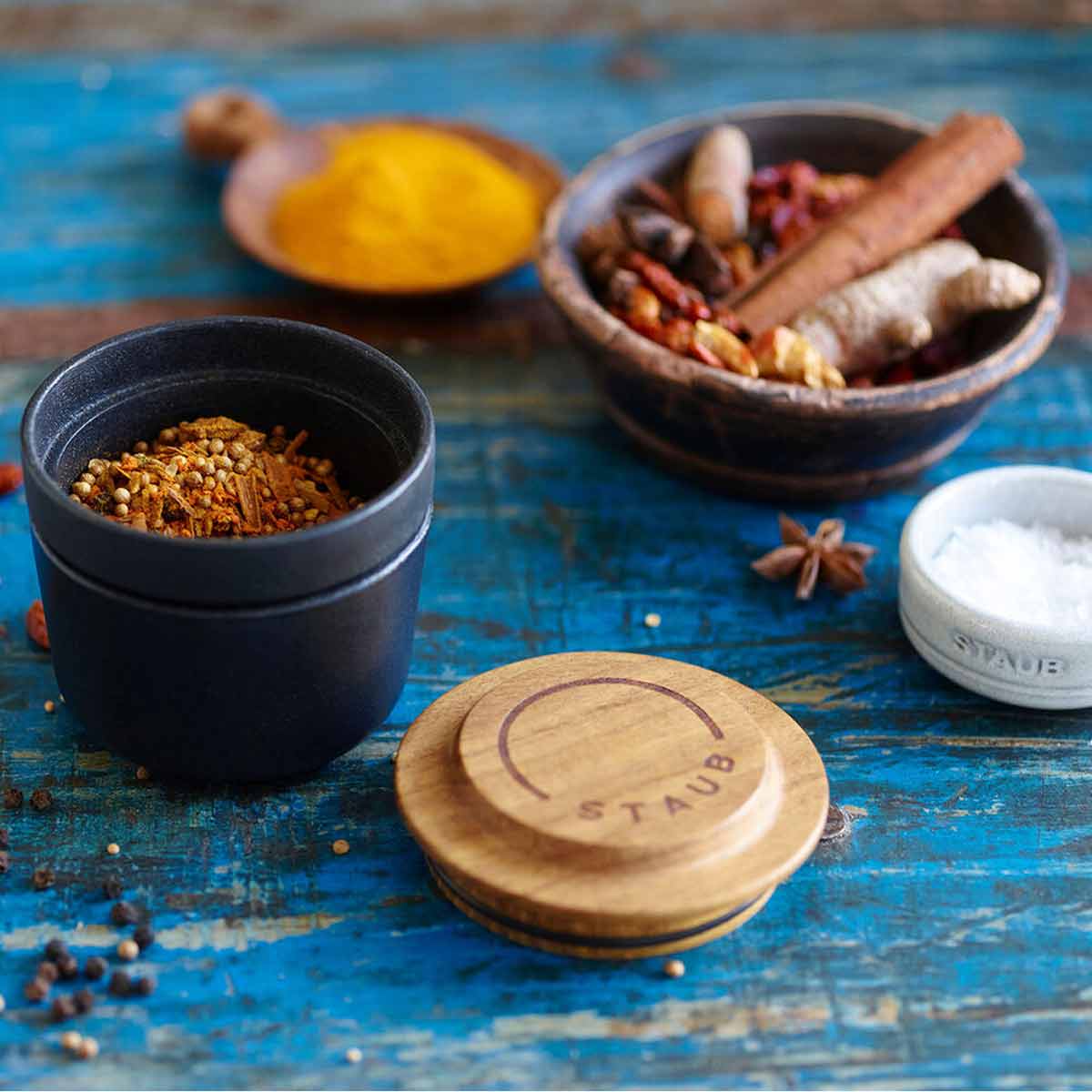 Who doesn't like soup? This slow cooker split pea soup was perfect for a cold winter afternoon alongside some crusty bread. You can easily plan ahead and make this to reheat whenever needed. I chopped the vegetables and threw in all the ingredients the night before, turned the slow cooker to low, and woke up to the wonderful aroma of soup brewing downstairs. Altogether it only took 40 minutes—or less—for me to assemble everything and then I let it cook for 10 hours while I slept and dreamt of soup. You probably could leave it in for an hour or two less if you’re short on time. Just make sure your slow cooker can hold at least 5 liters as the recipe makes quite a bit of soup. You could easily halve the recipe if desired. It made more than enough for my family of 5—we had almost half the batch left over. I used rice wine vinegar but I think any type of vinegar would work fine as long as you don't mind it discoloring the soup a tiny bit if using a dark colored vinegar. Be generous with the pepper. I found that I had to add more than imagined. I also added about 1 tsp of sea salt, which helped the flavor immensely. I kept the ham skin, contrary to what the recipe suggested. I chopped it up and put it back in the soup along with the meat. If you don't like the texture, do as the recipe says and leave it out.

We really LOVED this slow cooker split pea soup round here. It couldn't be easier to prepare and the payoff was wonderful. Not only is the soup tasty, just like Mother used to make, but having it cook for nearly half a day filled our home with incredible scents, transporting me back to my childhood. I used a simple distilled white vinegar but you could use nearly any vinegar that suits your fancy. I found the finished product, although delicious and classic, to be in need of salt. Being FAR too lazy to walk 10 paces for the shaker, I merely tipped a bit of soy sauce into my bowl. My wife, feeling adventurous, added some Sriracha and was quite pleased with the result. We enjoyed 2 FAT bowls on the first evening and had enough left over not only for lunch the next afternoon but we were able to freeze at least 3 or four bowls for a nice warm-me-up in the near future. I nearly forgot to mention that I found the late addition of frozen peas to be a stroke of genius, adding some flavor and a nice amount of texture. Make this soup, you'll LOVE it!

This slow cooker split pea soup pleased everyone who tasted it. It was indeed cooked after being in the slow cooker, on low, for 10 hours. At that point, the meat fell off the smoked ham hock when I pulled it out of the pot. Sherry vinegar was my vinegar of choice. I didn’t get a chance to measure how much soup came out of the slow cooker. Ladles of the soup were quickly dug into and bowls were eaten even though we were going to be eating dinner in a relatively short period of time. A friend requested some Parmesan cheese for the soup. I was very skeptical, but I must admit, it really improved the soup, and that was how the rest of us chose to eat it too. This made a lot of soup. I would say that it could feed 10 to 12 people. Serve some warm, crusty bread, or perhaps some garlic bread on the side to dip into the soup. I recommend making this soup a day or two before you want to eat it. It thickens up beautifully and the flavors improve greatly.

I don't have a slow cooker—you know, living in a NYC apartment and all—but there are some tried and true ways to cook slow and low for those of us that are small appliance challenged. The method involves slow cooking it in a Dutch oven at a relatively low temperature to simulate slow cooking. The cooking time is much shorter than a slow cooker and you can't leave it while you’re away at work but I love the results nonetheless. Otherwise, I followed the directions exactly for the recipe in terms of layering in the peas and vegetables and ham hock. I also used the same volume of water. Once everything was in the pot, I got the ingredient to a low boil on the stove and then transferred the covered Dutch oven to a 325°F (163°C) oven for 2 1/4 hours. I pulled the pot out once, at the 1-hour mark, to check the water volume and rate of simmer. I gave the soup a quick stir and returned it to the oven for the remaining 1 1/4 hours undisturbed. I knew the soup was ready because the split peas had broken down quite a bit, making the soup creamy and rich while at the same time resembling something in between a soup and a stew. I pulled the pot from the oven and transferred the ham to a plate to cool so I could shred it. I finished up the recipe on the stovetop over low heat with a splash of red wine vinegar and the rest of the ingredients. Personally I think you can double the vinegar to add a bit more balance to the sweet peas. The soup thickened as it stood in wait for the cooling ham so I added another 1/2 cup of water to thin the soup down a bit.

Other than the fact that the recipe was a little slower than expected, this slow cooker split pea soup was a winner. I followed the instructions and added my ingredients to the slow cooker, set on low, before I went to bed and awakened to lovely smells, but barely cooked split peas and vegetables 10 hours later. This could have been because it was the COLDEST NIGHT OF THE YEAR at -10°F and my 19th century house was cold or it could have been that my slow cooker is an el-cheapo CrockPot that I bought for $15 at Ocean State Job Lot. Easily fixed. I cranked the pot to high and the soup was ready 3 hours later. I loved the additions of the vinegar (I used Bragg's apple cider vinegar), thyme and frozen peas. The resulting soup is bright and fresh flavored and the recipe made plenty for several meals. I will freeze some for another cold day!