How to turn sixty is an excerpt by writer Ian Brown on facing the inevitable aging process with humor and grace and food and a lot of emotions. 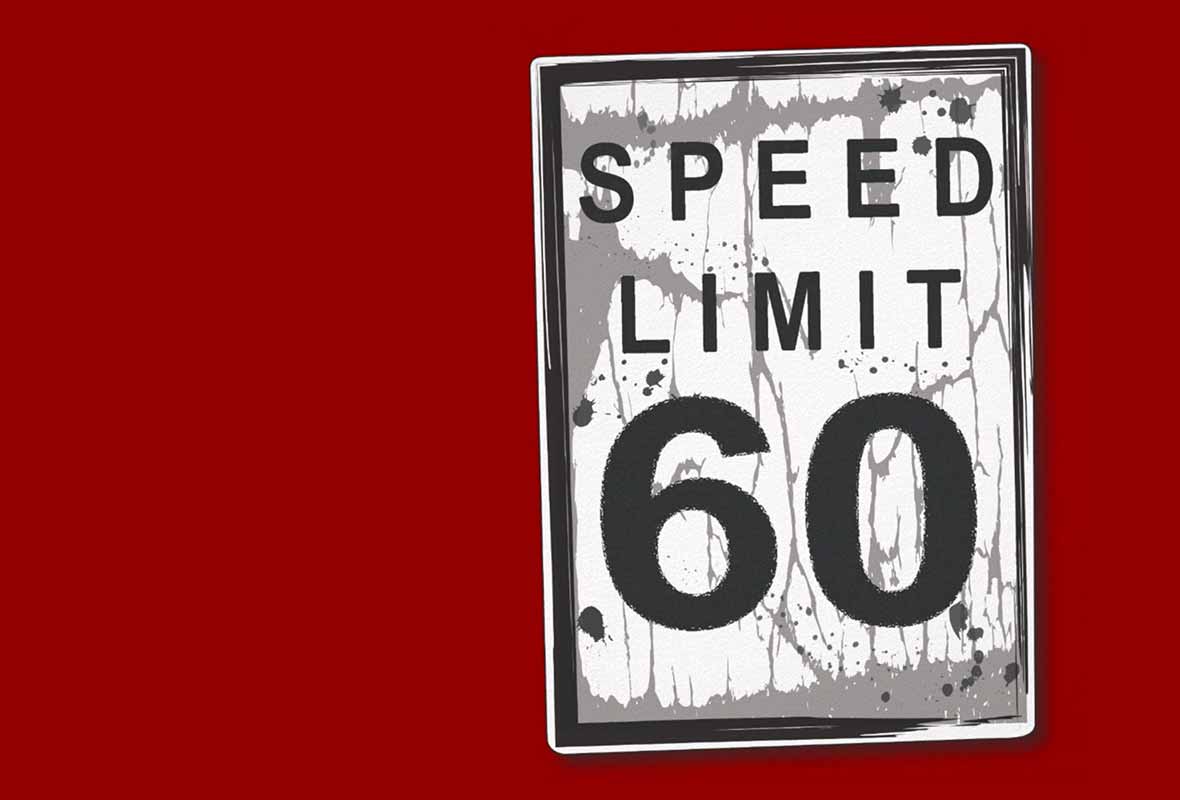 Writer Ian Brown describes the process of getting older as something “that we ignore for as long as we can, until we finally can’t.” The irony, he continues to explain, is that “I, we, all of us grow older anyway, and we feel it, even as we deny it.” Contemplating his upcoming sixtieth birthday, he chose to stare his denial in the face during life and all its moments, whether mundane or melodramatic. What does any of this have to do with food? Food is always there, interacting with us in some fashion or another, comforting or frustrating or reminding or nourishing us. Following is an excerpt from Sixty: A Diary Of My Sixty-First Year, the journal Brown kept of his keenly self-aware and occasionally self-deprecating musings on the inevitability of aging.—Renee Schettler

My Facebook page is full of kind wishes from Facebook friends, that is, from people I know, sometimes well, but also from people I don’t know at all. I’m not sure how I feel about Facebook friends, but thank you all for the birthday wishes. I begin my sixty-first year underslept, with a brewing chest infection, and to be frank I am not looking forward to the day—standing as I am on the threshold of the no man’s land beyond sixty. Sixty! I mean—if you’ll pardon the expression—fuck me dead! How did I get to be this old? The answer is by not paying attention.

Downstairs, I discover that Johanna, my wife, has left a card on the kitchen table. It contains two photographs of me walking my daughter, Hayley, in her stroller in Los Angeles, when Hayley was an infant and I was . . . thirty-nine? Forty? And of course, we all know what that looks like: it looks thinner. Your hair is ill-advised, but you have so much more of it you don’t really care. At forty, I looked like someone who thought he was twenty-one.

And just like that, standing there in the darkened kitchen at sixty, having been that sort of person—the kind who thought he was twenty-one when he was forty— strikes me as a terrible error. O you fool, I think, you did not realize upon what quiet foot The End approacheth. (My mental cadence takes on the rhythms of the Book of Common Prayer when I get anxious.) I mean, it’s easy to forget, amid the pleasures and terrors and gentle draining sounds of everyday life, how it all goes by much too fast. Even if you pay attention all the time—and who, really, manages to do that?

And then, inevitably, the litany of my failures rushes into the vacuum left by all that speeding time—except that now, at sixty, those failures seem especially irreversible: not enough money, no retirement possibilities, no lush vacation home, no fast cars, no novels or plays or Broadway musicals or HBO series written, the rest of the usual roster of regrets. As well as all the moments I could have been more human, and less afraid. And in the place of those lost accomplishments, there’s just the clock ticking on the wall, making its sound, which, as Tennessee Williams said, is loss, loss, loss.

This is the problem with turning sixty: it’s so goddamn melodramatic.

In any event, that was my general frame of reference when I thumped downstairs at half past six on the morning of my birthday, the sixtieth anniversary of my squalling entry into this world to the very hour. I had one thought on my mind, beyond the aforementioned general despair, and that thought was: coffee. Where is the damn coffee? I can’t believe I am out of coffee on the morning of my sixtieth birthday, when if ever a man needed a strong cup of coffee, it’s now.

But I had no coffee. So I thought: “I’ll have some maté.” I did, somewhat eccentrically, have some maté in the house. I filled the kettle, stumbled over to the pantry cupboard—I don’t know why, because that’s not where I keep the coffee or the maté, but you know how it is after sixty, you start to remember things not specifically but by category (coffee= shelf=cupboard)—and furiously flung it open.

Then the thing happened. I had been planning to make a warm steak salad for dinner one day this week. Over the weekend, I had tried to buy some fregula at Fiesta Farms, the brilliant grocery store in our neighborhood. But Fiesta Farms was at out of fregula, so I purchased instead a 454-gram Cellophane bag of acini di pepe, which is pasta that looks like tiny dried beads—even smaller than fregula or couscous. A pound of acini di pepe is a lot of pepes, brother.

And of course—because it goes without saying that this would happen to a man slumping on the threshold of sixty—in opening the wrong cupboard I inadvertently nudged the acini di pepe off the shelf. The packet hit the parquet, and burst, and 17 bazillion acinis, or pepes, or whatever the fuck those little bastards are called, shot across the ground floor of my house. I then spent twenty minutes trying to sweep them up out of the charming cracks and wrinkles and fascia of my slanted old floors, to not entirely successful avail. I now realize why acini di pepe is one of the less common pastas: it’s a clean-up disaster waiting to happen. I spent the rest of the morning hobbling around the house, stepping on overlooked acini di pepe, which I now call ouchie di papa, because they hurt like hell. Not a great portent of the future, you have to admit.

But then my brother called, which always makes me feel lucky; and my wife gave me, as a present, some groovy (but wearable!) clothes, which produced a small surge of (mysterious) hope; and then I actually remembered to bring my cup of hard-won maté with me to the car, which is an absolute miracle. And then at work, I ran into even more Facebook birthday greetings in my mailbox, from more people I knew well and people I didn’t know at all. And it turned out that my shyness or snottiness about the nature of Facebook friends had become less resolute. At sixty, after all, you are suddenly looking into the beginning of the end, the final frontier where you will either find the thing your heart has always sought, which you have never been able to name, or you won’t. And whether you find it or not—I suspect, or at least hope, that it doesn’t really matter, as long as you look hard—that will be your life. I keep trying to peer into the distance, to see how the story ends, how it stacks up, how I did as a human being, but of course you can’t know, no matter what the priests and professional soothers say. I suppose the only thing you can hope for is that it doesn’t get too lonely too fast. And however well I knew or did not know my Facebook birthday- wishers, they kindly, if optimistically, reminded me that I was not yet all the way to the end. Not yet . . . not yet . . . not yet. Which is the other sound the clock makes. So thanks, even unto the depth of strangers.

Reprinted by permission of The Experiment.

Ian Brown is a journalist and author with a wry sense of humor and an unflinching approach to reality. He’s the recipient of three of Canada’s most prestigious writing awards—the Charles Taylor Prize for Literary Non-Fiction, Trillium Book Award, and British Columbia National Award for Canadian Non-Fiction. His books, including the recently published Sixty: A Diary of My Sixty-First Year: The Beginning of the End, or the End of the Beginning?, have been critically acclaimed by The New York Times, The Wall Street Journal, and The Los Angeles Times, among others.