This spaghetti with red wine is made more like risotto. The cooked spaghetti is tossed in oil in the skillet while red wine is slowly added. On top are a few shavings of Pecorino Romano cheese and, if you have some on hand, basil. 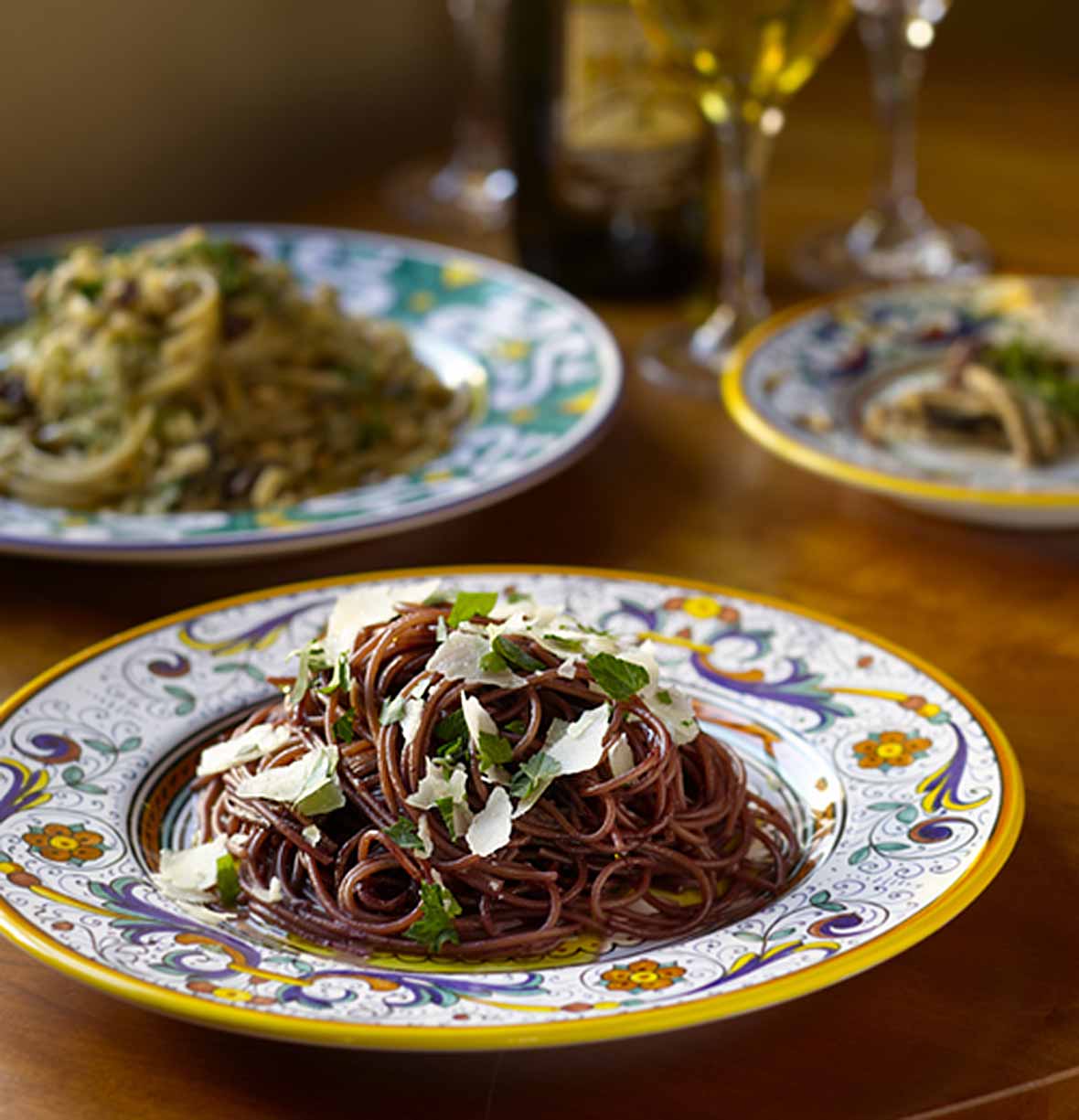 We’ve been astonishing ourselves as well as friends and family with this red wine spaghetti supper for years. Yet we still get a little giddy each time we start to pull out the ingredients. It’s an exceptionally brilliant way to toss together pantry staples such that what results doesn’t at all resemble a paltry supper. Not at all. Spaghetti is partially cooked and then tossed in a pan with some red wine that is gently absorbed as if it were risotto. Five ingredients and 20 minutes are all it takes. Trust us. It’s a weeknight game changer. Originally published October 27, 2009.–Renee Schettler Rossi

Spaghetti with Red Wine and Pecorino 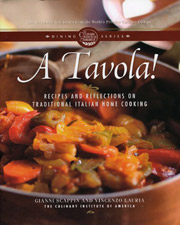 Bring about 5 quarts of water to a boil. Stir in the spaghetti and toss in a generous pinch of salt. Cook the spaghetti until not quite al dente, 6 to 8 minutes, depending on the thickness of the spaghetti. Drain the spaghetti well, reserving some of the pasta cooking water.
In the meantime, in an amply sized skillet, warm the oil over medium heat. Add the drained spaghetti and toss to coat with the oil.
Gradually add the wine, 1/2 cup at a time, continually stirring and tossing until the wine is absorbed by the spaghetti.
When the wine is almost entirely absorbed, add the Pecorino cheese and toss well. Serve very hot with a sprinkle of basil, if desired.
Print Recipe

This was a wonderful, easy, and different dish. It was very simple to prepare, although it takes a little extra time to add the red wine and wait for it to absorb…but that’s just like a risotto! The wine beautifully glazed the pasta resulting in a lovely flavor and presentation. I used the Pecorino cheese, which integrated well with the pasta and gave it a bit of a bite.

I’ll definitely make this again and next time may add some olives. I halved the recipe and served it as a side dish with baked chicken and sautéed spinach. At some point, I may add shrimp to make it a heartier main dish.

Spaghetti with Red Wine and Pecorino Recipe © 2009 The Culinary Institute of America. Photo © 2009 Ben Fink. All rights reserved. All materials used with permission.

Back to Spaghetti with Red Wine on Leite's Culinaria