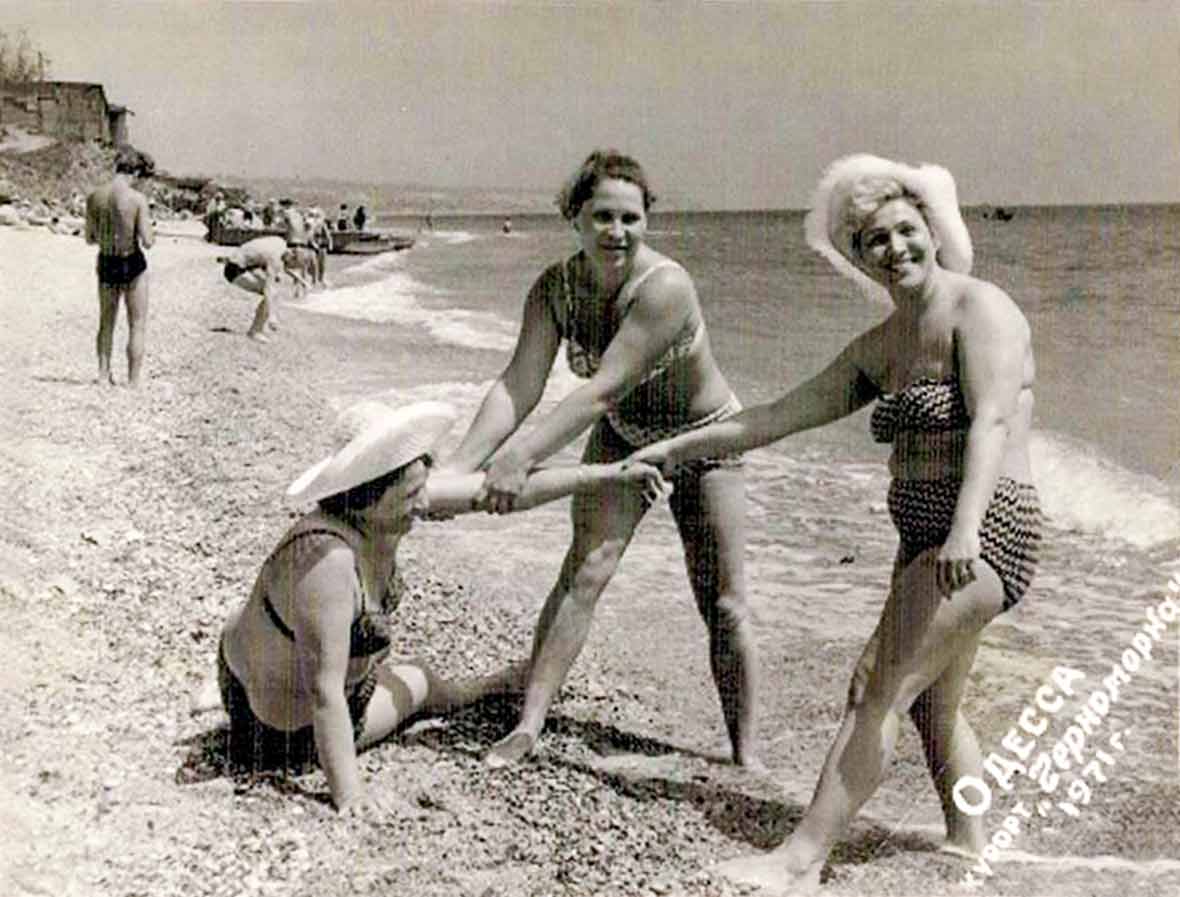 In 2017, I had the good fortune to be one of several writers featured at a literary reading held in Providence, Rhode Island. One of the other writers was novelist Boris Fishman, whom I met minutes before the event began. He was quiet and I observed as he engaged in low murmured conversations with a few of the other writers and offered nods to some folks in the audience. There was nothing in his soft, almost courtly demeanor that belied his keen eye and sense of humor. Yet when he stood to read–a passage from a novel about argumentative, boisterous Russian women clad in competing sparkly tops all crammed around a table in the kitchen–I was transfixed. I am not Russian. I know nothing of Russian cuisine other than what The One and I ate during a trip to St. Petersburg. I know nothing of Russian culture, family dynamics, or customs. Yet I could see every character. More than that, I could understand them. Boris was able to find the universal in the unique specifics of this family, its cooking, and its traditions. Two years later, when I read his memoir “Savage Feast: Three Generations, Two Continents, and a Dinner Table,” I immediately invited him to be the first guest on QWERTY, a podcast by, for, and about writers that I co-host with Marion Roach Smith. I hope you enjoy this excerpt and audio clip from this exceptional writer.—David Leite

A sack of salami, black bread, hard-boiled eggs, thick-skinned tomatoes, peaches, and apples: lunch on the beach. One afternoon, I was so dazed from the sun that I drained the water in the cup the adults had left out before they headed down to the water. But Soviet people didn’t drink water with their meals—“It’ll just take up room in your stomach,” Faina had explained once—and I, smashed from the vodka, collapsed under the little table and was snoring like a hopeless drunk, sand in my mouth, when the big people returned.

Otherwise, I wouldn’t let my father alone, sitting on his head or crawling across the great fur of his chest; it was the color of night and billowed off him in tumbleweeds. (A Soviet vacation lasted nearly six weeks, so he’d come along; it was altogether too much rest for my grandparents.) Sometimes it was Soviet life that wouldn’t let him be: “They’ve got potatoes at the store!” the call would go up and down the beach; my father would bolt to his feet and sprint off, shirtless, shocking the masses; haul two bags, the handles eating his skin, up to the Compound of the Red Star; then return for one more swim before dinner. Savage leisure.

The women—my father’s older brother and his wife had come with us—left the beach ﬁrst, to make food. At home, they usually discovered Victor’s wife frying tomatoes in sunﬂower oil; these went onto a hunk of garlic-rubbed rye. There was nothing at the store, but at Victor’s there was fresh pork, sun-fattened tomatoes, and sunﬂower oil that was like toasted seeds in your nose. In Russian, it was podsolnechnoye (“under the sun” oil) and, they said, “had the entire periodic table in it”—that is, every vitamin. 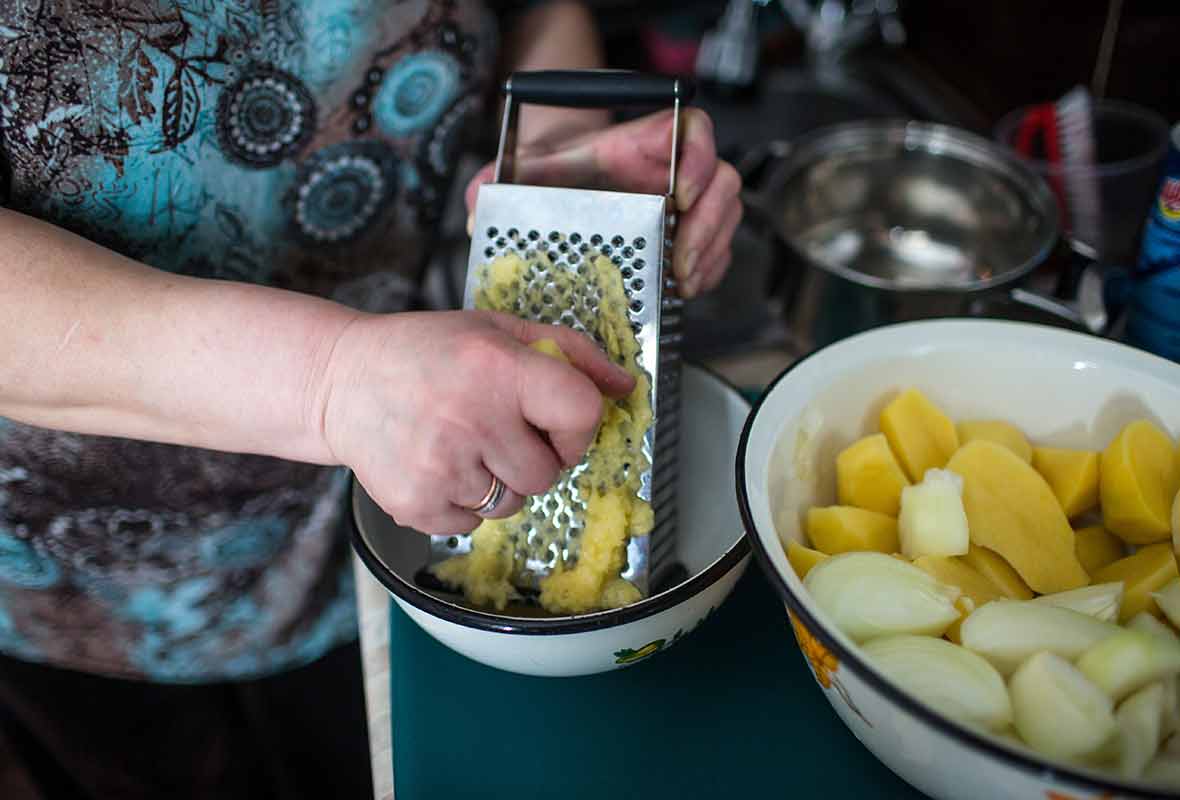 Returning later, my father, uncle, and I always took the way past a row of houses with blackberry brambles so high and thick they swung out over their fences. After hours of sun, so many berries had dropped to the ground that it was smeared violet. Sometimes they fell on your head as you walked. Admonished to keep my ﬁngers clear of the brambles, I was allowed to pick those that leaned into the street. For every two I put in my mouth, I fed one to my father and one to my uncle. As their mother’s children, they knew how to allow themselves a treat.

When we reached home, hiding our violet tongues, we found the table set with food enough for a dozen. If anyone could work the odd mix at her disposal into sigh-worthy meals, it was my aunt. She had grown up in a village, and cooked like it. She pan-fried ﬂour-dusted pike perch in sunﬂower oil until it gleamed like the cheeks of a teenage girl after a snowfall, or so Victor said, summoned by the scent. The bones and the tail were so sweet we sucked them between our ﬁngers. The cabbage that the store could be counted on to have even after the apocalypse she transformed into salat provençal—shredded cabbage, sweet onion, grated carrot, vinegar, sunﬂower oil, salt, pepper, and a teaspoon of sugar. (These ingredients would seem to have nothing to do with an actual Provençal salad, but Provence sounded exotic, so why not.) 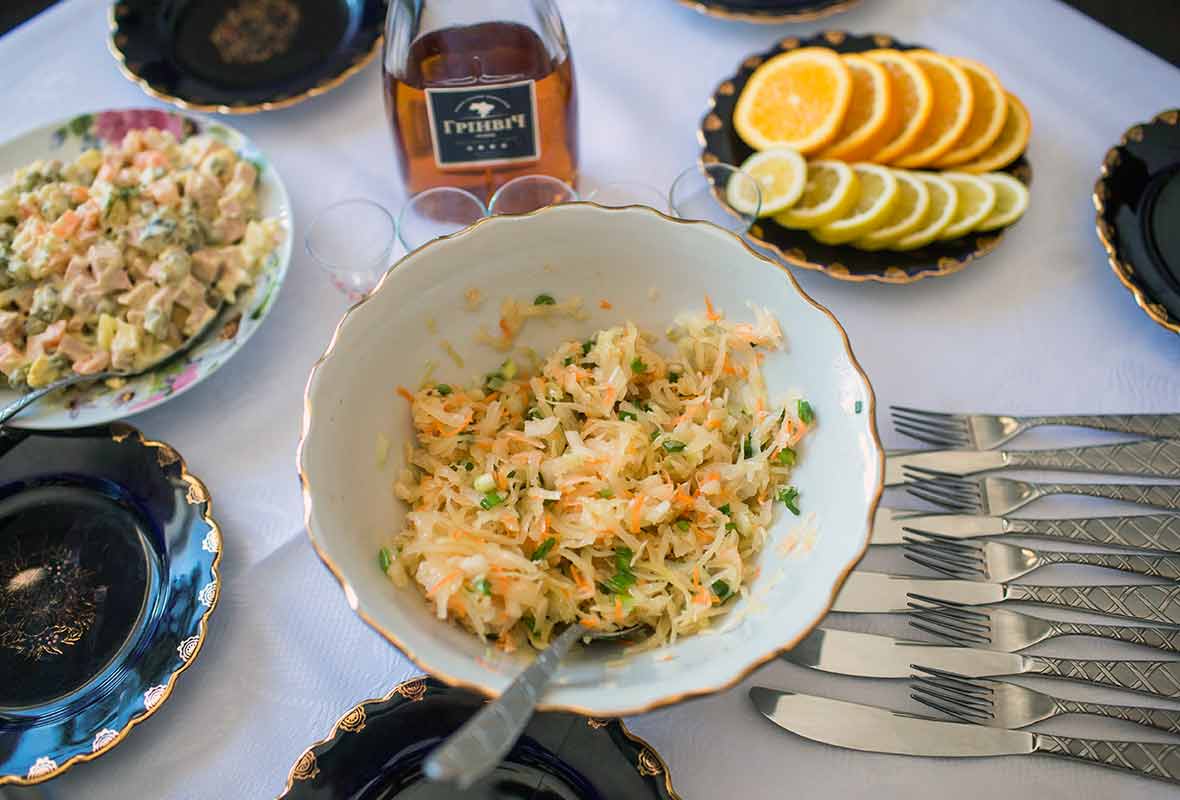 Periodically, some of the adults vanished outside for a smoke—they were on vacation, after all. Then a round of tea with the jams my aunt made from the blessing of peach, cherry, and grape outside. There would be jams again in the morning, with her bliny—crepes. Thinking of that, who wanted to fall asleep? But I had to—my uncle snored like thunder, so that if you weren’t asleep by the time the great bulk of him touched down on the other side of the cardboard wall, you were doomed for the night. (Science must study how my aunt managed to stay asleep with Krakatoa erupting by her a thousand times every night.) I was made to lie down immediately after the meal, so the fat could “cohere.” A skinny child wouldn’t do. At the beach, a new apple was jammed into my mouth as soon as I ﬁnished the previous one. I wouldn’t have the same fruit back north. But I was being insulated against more than a fruitless Minsk winter.

Boris Fishman was born in Minsk, Belarus, and emigrated to the United States in 1988. His work has appeared in the New Yorker, the New York Times Magazine, the New York Times Book Review, Travel + Leisure, the London Review of Books, New York magazine, the Wall Street Journal, and the Guardian, among other publications. He is the author of the novels "A Replacement Life," which was a New York Times Notable Book of the Year and winner of the VCU Cabell First Novelist Award and the American Library Association’s Sophie Brody Medal, and Don’t Let My Baby Do Rodeo, which was also a New York Times Notable Book of the Year. He teaches in Princeton University’s Creative Writing Program and lives in New York City.