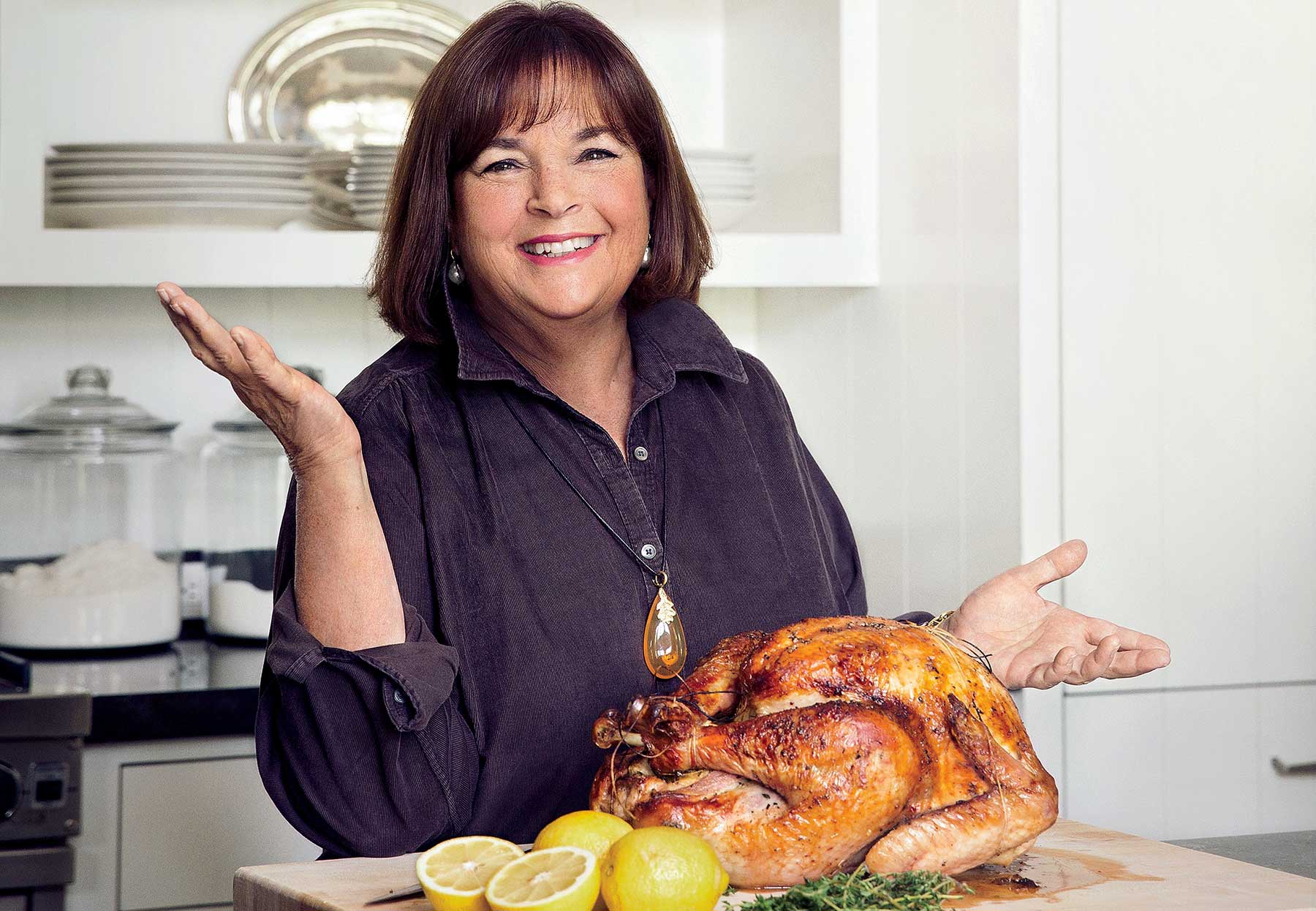 Just about everyone who cooks has a Julia Child story. How she inspired them, how she entertained them, even how she got them pregnant! When it comes to Julia worship, people practically fainted in her presence with religious fervor. My own Julia story, yet to be revealed, talks about how she gave me great comfort in a time of great pain. But who—all these years after Julia first flickered on TV, instructing us with that warbly hoot-owl voice of hers—is her logical successor?

I’ll tell you who: Ina Garten.

Ina has touched, thrilled, even titillated (not that way!) legions of cooks for the past 14 years with her approachable recipes and her “How easy is that?” commentaries. And while I cook (fabulously, I might add) from a few of her many cookbooks—Barefoot Contessa Parties, Barefoot Contessa in Paris, and Barefoot Contessa at Home—what I hold most dear is a short conversation I had with her years ago, one I’m sure she forgot the next moment. But I replay it in my mind over and over again, like an old bootleg Betamax tape of Star Wars.

It was 2009, and my cookbook had just been published. I was scheduled to be a guest on the now-defunct Martha Stewart radio program Living Today. The host was Mario Bosquez, who had expressed great interest in my book. I’d also accepted an invitation to taste a new line of Ina’s breakfast baking items at a private function scheduled an hour before my radio interview. So, book in hand, I headed to the party.

I’d decided to ask my friend David Tomberlin, without a doubt the giddiest, most ardent Ina Garten fan alive, to tag along. So loyal are his affections for Ms. Contessa that should you speak ill of her, you risk banishment from his table after a tongue lashing that would make Joan Rivers blush. He’s probably cooked every dish she’s ever committed to paper, and I wouldn’t be surprised if he has the indices of her cookbooks memorized. (Honest. Ask him anything.) When I invited him to come along, all he could do was vibrate.

When we arrived at the party, we spotted Ina immediately. She was standing with Frank Newbold, her business partner, was wearing her trademark blue blouse—collar up, natch—and was surrounded by blithering sycophants.

“David, behave yourself,” I said to my friend. “You don’t want to come off as desperate.”

He and I made small talk with other folks at the event. As we circled the room, David kept mumbling a monologue involving the appropriateness of his clothes, what he’d say to Ina should the opportunity present itself, if he should ask for her autograph, and whether genuflection was out of the question.

After seemingly forever, we finally sidled up close enough to Ina that we were within her glow.

“Hello,” she said. “Are you enjoying yourselves?”

“Very,” I replied. “Aren’t we?” This was to David, who just stood there speechless, staring. Oh God, I thought, I hope he doesn’t do something inappropriate, like whip out his iPhone and show her all the dishes he’s ever made from her books.

“What’s that?” Ina asked, pointing to my cookbook.

“Oh, it’s just my new cookbook,” I said rather dismissively.

“May I see it?” Oh my God. Ina wants to see my cookbook. Calm down, David. Don’t gush. Don’t say anything wildly stupid or throw your arms around her or genuflect. People get thrown out for those kinds of things.

“Is it your first?” she asked, flipping through it.

“It’s beautiful. And look!” she said turning the book spine-up, “we have the same publisher!”

I wanted to scream, “Yes, we do have the same publisher, Ina! Ever since Clarkson Potter bought the book, I’ve been telling people that I’m writing a Portuguese cookbook, and they just look at me and blink. But when I add, ‘I have the same publisher as Ina Garten,’ their faces light up, and they nod, as if you’re my personal stamp of approval. I love you, Ina. I love you!”

“Well, take some advice from me…” Ina Garten—INA-WHO-LIVES-IN-THE-HAMPTONS-AND-HAS-THE-BEST-SHOW-ON-TV-FREAKING-GARTEN—is giving me advice! “Enjoy this moment as much as you can because you’ll only have one first book. And there’s nothing that can compare to what this feels like right now.”

She went on to explain how amazing she had felt when her first book, The Barefoot Contessa Cookbook, had been published. How she’d walked around with a copy stuffed in her purse, as silly as that may sound. I didn’t tell her how I’d slept with my book under my pillow every night for the better part of a week.

As she handed my book back to me, I had to do it. I just had to say it. It was as if I’d been possessed by the soul of a hepped-up, hormone-raging teenybopper in the presence of Elvis. “Ms. Garten, I think your show is wonderful.” Stop here, and it will be okay, David. “And I think all your recipes are so accessible and easy.” Any more and you’ll sound like an idiot, David. “And…” I looked over at my friend David, the all-time biggest Ina fan, who was composed and smiling—a bit too manically, perhaps—but at least he wasn’t on the verge of fool-dom.

“Thank you,“ she said graciously. “I wish you the best of luck with it. And don’t forget: You only have one first book.” With that she turned to a gaggle of silly sycophants who gushed embarrassingly.

On our way out, David, who had said not a word to his idol, remarked to me, “It’s so good to see how you weren’t desperate at all. Oh, no, not at all.”