In Defense of Grandmother Cooking

In defense of grandmother cooking takes a look at the, possibly old-fashioned, notion of how the best food has been patiently tended to with hours of standing and stirring at the stove. 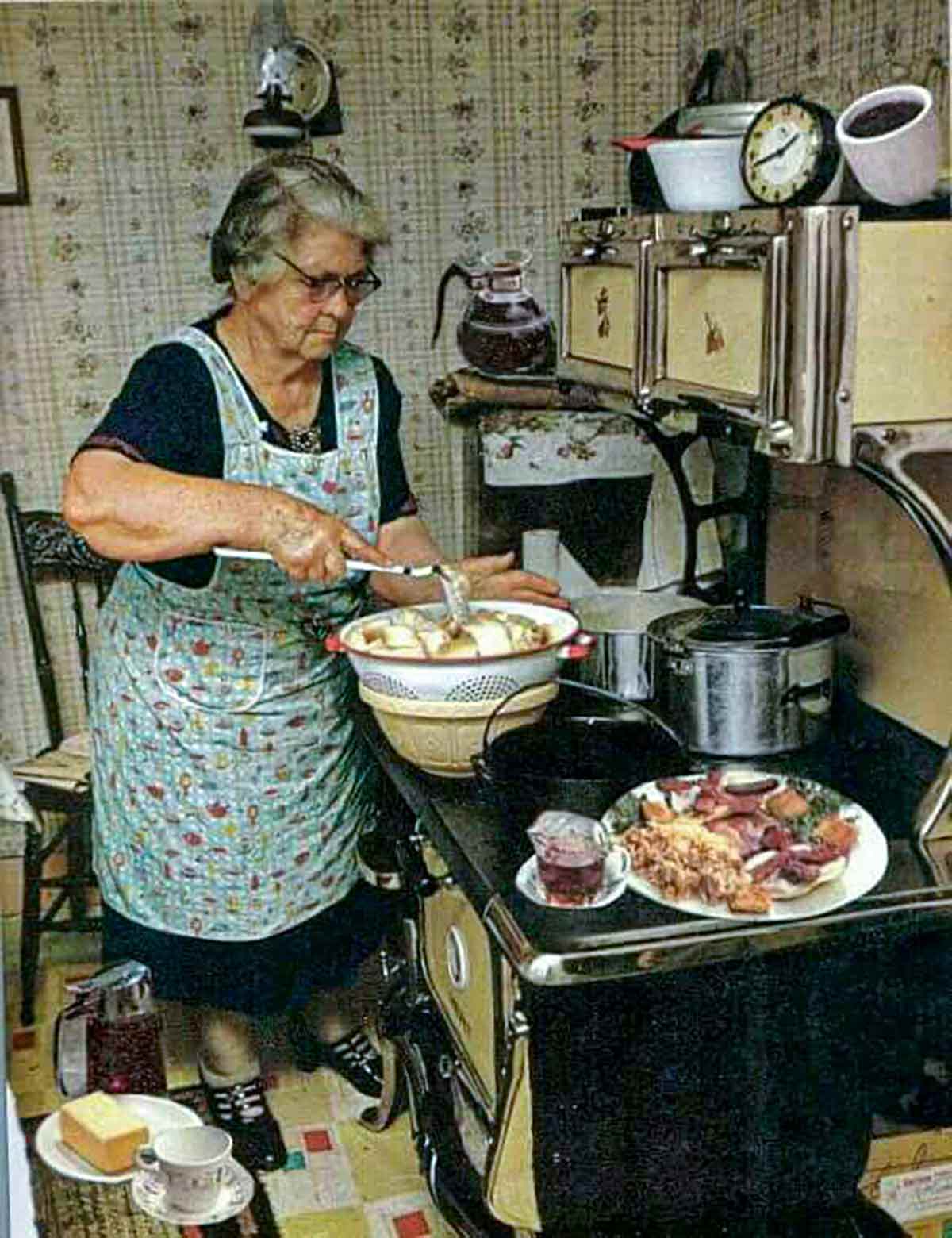 I come from stirring stock. That is to say, my people are stirrers. It’s how my grandmother, avó Costa, cooked. She stood, facing the stove, for hours in her pink housecoat and pink slippers, her tiny hand planted on her hip, singing in her thin, reedy voice. She stirred all kinds of Portuguese comestibles: spicy stuffing with chunks of homemade chouriço; her famous pink (of course) chicken, rice, and potato soup; and vats and vats of kale soup. When she grew too old to stir her soups and stews for long, I’d do it for her. By then, age had stolen a few inches from her, but she still managed to peer over the tops of the pots and instruct, “Mais devagar, queirdo, mais devagar.” Slower, sweetheart, slower.

I think a propensity to love stirring is genetic. When the temperature outdoors nosedives, all I want to do is hover over a simmering pot and stir. And what I’ve been craving lately is a long-simmered, deeply flavored Bolognese sauce recipe. The kind that takes no prisoners. The kind that makes your guests plead for the secret. The kind that leaves you on the couch unable to move because you didn’t have enough sense to stop after your second helping of seconds.

So my hunt was on for a Portuguese-grandmother-approved Bolognese sauce–rich, meaty, slow-cooked, constantly stirred–to quench that nagging craving. This narrowed the field exponentially. Anything from a 30-minute-meal proselytizer was clearly out of contention, as were recipes from TV chefs and hosts. I found—and promptly rejected—a recipe in Cook’s Illustrated that got the job done in two hours. (Two hours? I can’t find my way out of our pantry in two hours.) Then, while sitting in front of my cookbook collection, I was reminded of another short, sturdy woman who also comes from stirring stock: L’Imperatrice—The Empress—Marcella Hazan.

I immediately downloaded The Essentials of Classic Italian Cooking. (Why I didn’t already have a copy is a question for another day.) Flipping through the book revealed a woman who spoke her mind, knew right from wrong, and who, if you disagreed with what she had to say, well, that was your problem. (Not at all unlike Momma Leite.) I knew The Empress wouldn’t let me down. And she didn’t. Her Bolognese sauce clocks in at a whopping six hours. That’s longer than some relationships I’ve seen. I’m certain if vovó had discovered Marcella and her Bolognese sauce in her lifetime, she would’ve petitioned the Pope to make us Italian. It’s her kind of dish.

As I leaned against the stove with my iPad in its kitchen condom, a gorgeous sauce burbling down to sweet goodness in the pot, I was connecting to my past—to my stirrers. And to a craving even deeper, to be with my avó just one more time. Originally published January 31, 2016

Back to In Defense of Grandmother Cooking on Leite's Culinaria