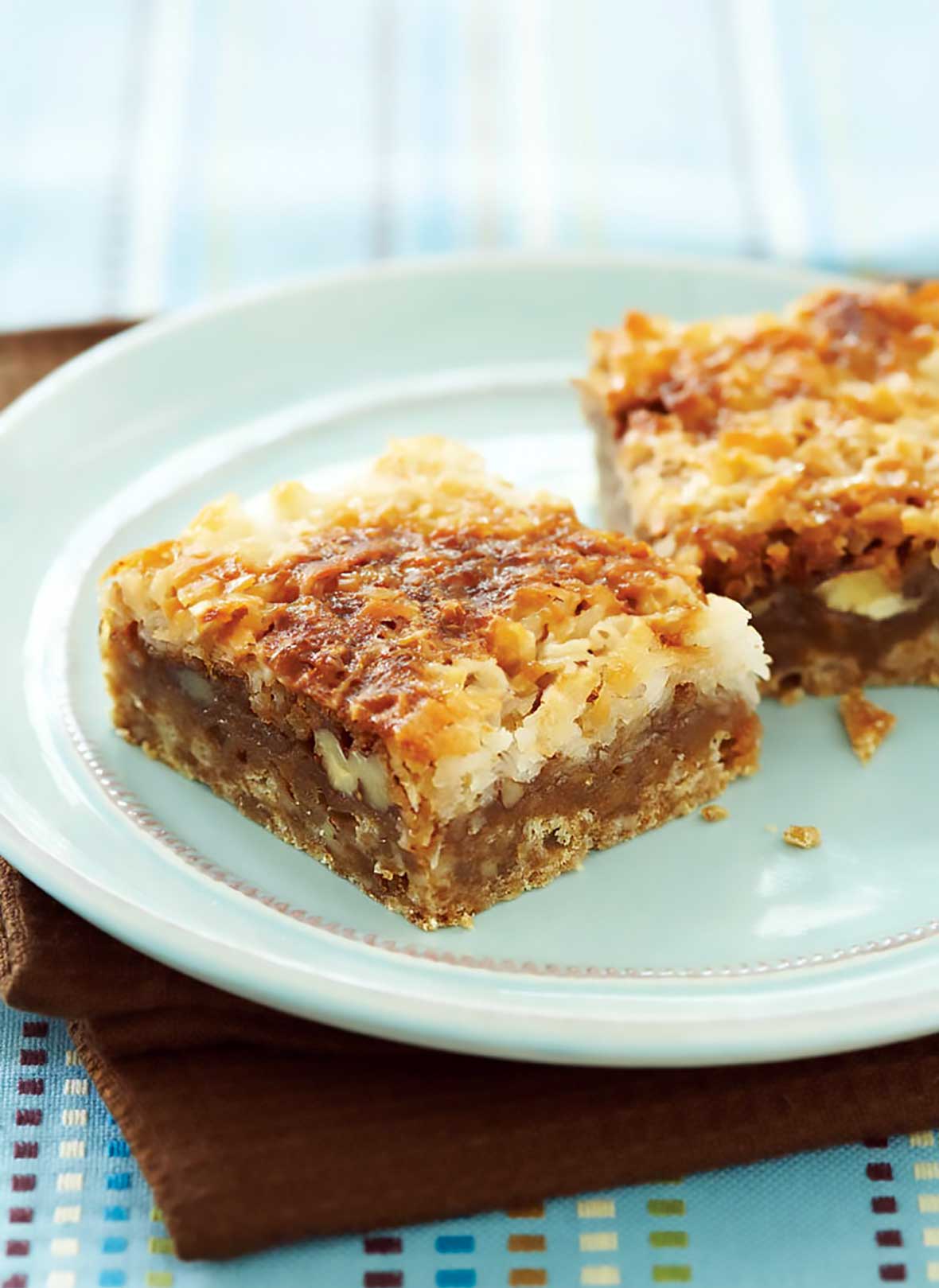 In the depths of the Depression, Americans badly needed sweet dreams. And that’s exactly when recipes for dream bars—rich, nutty coconut bars—first made the rounds in newspapers. Within 20 years, dream bars were so popular that manufacturers had taken to using them to promote a wide range of ingredients. A Domino sugar advertisement went so far as to promise that the housewife who used its brown sugar to make her dream bars would become known as “a cook with a touch of genius.”

Early recipes called for a simple, brown-sugar, pat-in-the-pan shortbread crust topped by a sticky, uncluttered filling of eggs, more brown sugar, shredded “cocoanut,” and “nut meats”. By the ’40s and ’50s, dream bars might include chocolate chips, cornflakes, graham cracker crumbs, dried apricots, even rolled oats. A number of these fully loaded versions originated as back-of-the-box recipes—most famously for bars that incorporate sweetened condensed milk. As the ingredient list swelled, the recipes were rechristened several times over. Hello Dolly bars, seven-layer bars, and magic bars all are a far cry from the pared-down, toffee-flavored original dream bars that I was determined to recreate.–María Del Mar Sacasa, Cook’s Country 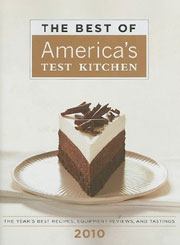 Make the dream bars crust
Adjust an oven rack to the middle position and heat the oven to 350°F (175°C). Line a 13 by 9-inch baking pan with foil, allowing the excess foil to hang over the pan edges. Coat the foil lightly with vegetable oil spray.
Process the flour, sugar, pecans, and salt in a food processor until the pecans are coarsely ground, about 10 seconds. Add the butter and pulse until the mixture resembles coarse meal, about 10 pulses. Using the bottom of a metal measuring cup, press the mixture firmly into the prepared baking pan. Bake until golden brown, about 20 minutes. Cool on a wire rack for 20 minutes.
Make the dream bars topping
Combine the coconut and cream of coconut in a bowl. In another bowl, whisk the eggs, sugar, flour, baking powder, vanilla, and salt until smooth. Stir in the pecans, then spread the filling over the cooled crust. Dollop heaping tablespoons of the coconut mixture over the filling, spread the coconut mixture as evenly as possible over the pecan layer, but don’t worry if it looks patchy.
Bake until the topping is a deep golden brown, 35 to 40 minutes. Cool on a wire rack, about 2 hours. Using the foil overhang, lift the dream bars from the pan and cut into 24 pieces. Serve. (The dream bars can be refrigerated in an airtight container for up to 5 days.)
Print Recipe

This is a recipe that's easy to put together and tastes great. Making the crust in a food processor is very quick and patting it in the pan takes no time. I made the filling while the crust was cooling. I was a little concerned there wouldn't be enough coconut mixture to top everything, but it worked out just fine. The smell was so good, everyone kept asking what was cooking. The hardest part of this recipe is letting it cool for 2 hours before eating. The end result is a very sweet bar, so I cut mine a little smaller than the recipe suggests. It's a hands-down favorite in our family.

Back to Dream Bars on Leite's Culinaria