This gluten-free gravy, made with rice flour, stock, drippings, herbs, shallots, and butter is silken smooth with none of the heaviness or gloppiness of cornstarch-based gravies.

Adapted from Williams-Sonoma | The Best of Thanksgiving | Weldon Owen, 2016

Everyone we know who’s tried this gluten-free gravy is calling it their new “go-to” gravy, regardless of their gluten preference or tolerance. It’s undeniably and luxuriously rich, smooth, and silken, without any of the heaviness of traditional flour or cornstarch gravies.–Angie Zoobkoff 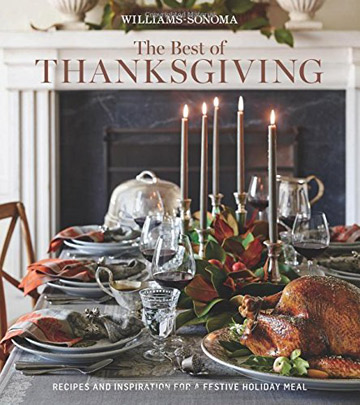 This is a great gravy recipe—gluten-free or not!

The rice flour roux was tighter, more grainy than a standard flour roux and I wasn’t sure that it would mix smoothly when it came time to add the broth, but after a few minutes of cooking over medium heat, the rice flour turned a nice amber brown and dissolved perfectly when the drippings and broth were added.

The appearance and texture falls somewhere between a traditional gravy made with flour and a sauce thickened with cornstarch– glossier than a flour gravy but not heavy or viscous like a cornstarch-based sauce.

This is one gluten-free variation you can serve without any explanations or apologies. I’m going to adopt this as my “go to” formula for gravy making from here on in.

My gravy thickened nicely after 5 minutes of simmering and after another 5 minutes of sitting on the turned off burner to infuse the herb flavors, it was silken smooth, shiny, and delicious.

The gravy held really well. I brought it back up to a simmer for those folks who wanted second helpings and it was completely stable—just as shiny and smooth for the second servings. I’ve found that cornstarch thickened sauces often don’t do well when reheated, but this gluten-free gravy was just fine.

After deglazing the roasting pan, I had approximately 1/2 cup reduced drippings, which I included in the total liquid measure of 6 cups (5 1/2 cups homemade stock plus the drippings).

All together, it took approximately 20 minutes to make and was easily accomplished while the bird rested.

Made 6 cups or 2 large gravy boats full. Plenty for 8 to 10 servings, even if you douse your mashed potatoes, too!

Every year I spend Thanksgiving with a group of friends and we all have certain parts of the meal we usually make. I am usually on gravy duty, and since we have a friend who needs to avoid gluten, I usually use cornstarch to thicken the gravy. The drawback is that you add it at the end, and don’t get to make a roux that gets browned and adds an extra layer of flavor. This gravy solves that problem as you brown the rice flour in butter as you would regular white flour.

It certainly does the job of gravy – to add moisture and flavor to a mild (and sometimes dry) meat like turkey. I served it along with the turkey and mashed potatoes and some roasted vegetables. It was a delicious addition to the meal and will satisfy your guests, both the gluten tolerant and intolerant alike.

The rice flour takes a bit longer to brown and also to thicken the gravy than white flour, and I found that it has a slightly grainy texture. But when you have the gravy on your plate with the turkey and mashed potatoes, you don’t notice the texture.

As with any gravy, it’s only as good as the broth and drippings you put into it. I used a full-flavored, homemade poultry stock along with the pan drippings from a roasted turkey.

I used a 12 1/2-pound turkey that I seasoned with salt, pepper, and herbs. I also used my own full-flavored poultry stock.