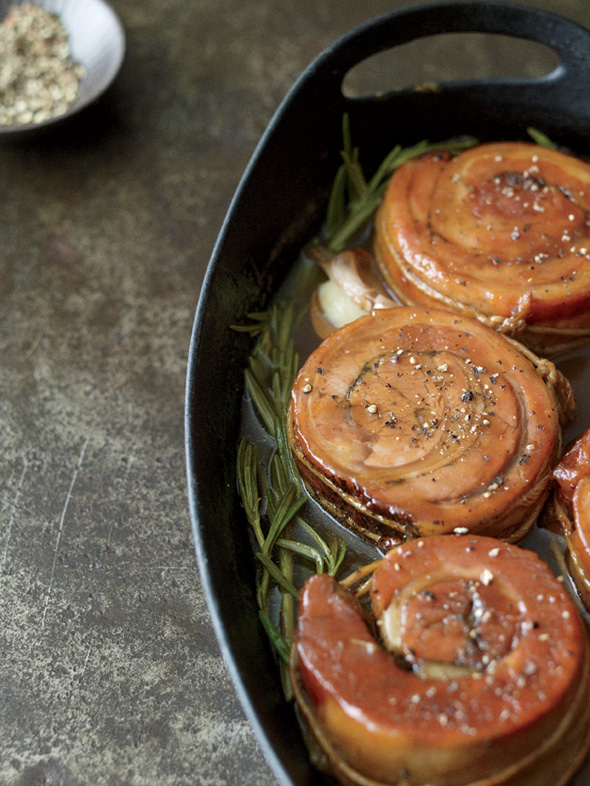 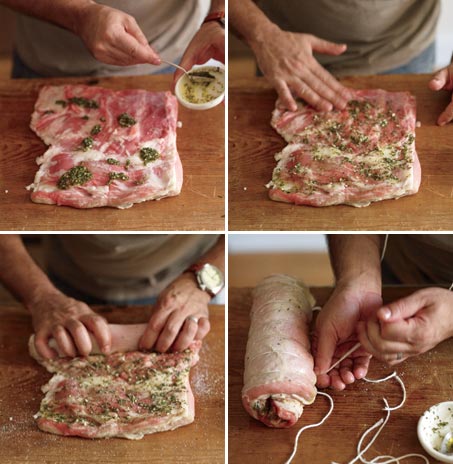 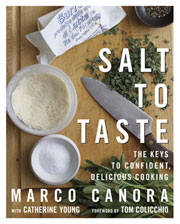 Preheat the oven to 375°F (190°C).
Lay the meat flat on a clean work surface. Mix the minced garlic, chopped rosemary, and 2 tablespoons oil in a small bowl. Spread evenly over the meat, then season liberally with salt and pepper. Roll the meat into a tight, thick roll, securing it every few inches with butcher’s string. Season the outside of the meat with salt and pepper.
Heat a deep pan just big enough to hold the meat over medium-high heat and add enough oil to generously coat the bottom, about 5 tablespoons. Add the veal and brown it on all sides, about 10 minutes. Remove the veal from the pan and reserve.
Add the carrot, onion, celery, and garlic head. Cook, stirring occasionally, until the vegetables brown and soften, about 5 minutes. Return the meat to the pan. Add the rosemary sprigs and wine. Let the wine boil and reduce until the pan is almost dry, then add enough broth to surround and just barely cover the meat. Bring to a boil on top of the stove, turn the veal over, and put the pan in the oven.
Braise the veal, turning it every 20 to 30 minutes, until it is tender and a knife can be easily inserted and removed (always check the thickest part closest to the center), about 2 hours.
Remove the pan from the oven and allow the veal to cool in the braising liquid. Take the meat out of the pan and put it into another container. Strain the braising liquid over the meat (discard the vegetables). Cover and refrigerate the veal in the braising liquid overnight.
To glaze the veal, preheat the oven to 375°F (190°C). Remove the meat from the pan and cut it into slices about 1/2 inch thick. Skim the fat from the braising liquid. Put the liquid into a saucepan and bring it to a boil over high heat. Skim frequently and reduce until the liquid is slightly viscous (the amount of time this takes will depend on your broth).
Arrange the veal slices in a roasting pan big enough to hold them in a snug single layer. Pour enough of the reduced braising sauce around the veal so it comes about two-thirds of the way up the meat. Crush the garlic with the flat of a knife and add it along with the rosemary. Baste the veal with sauce and place it in the oven. Glaze the veal, basting it with the sauce every 5 minutes, until it is browned and heated through, about 40 minutes. Serve.
Print Recipe

Back to We Heart Hearth on Leite's Culinaria