This sautéed summer squash is an easy, healthy side dish made with zucchini, yellow squash, and a sprinkling of Parmesan. Here’s how to make it.

Simple. That’s the lesson in this obscenely easy sautéed summer squash that calls for just a handful of ingredients and less than 15 minutes of effort, if you can even call it that. And, even more simple, it’s sized to serve just one, which means no soggy leftovers. (Although it can easily be multiplied to however many servings you desire.)–Renee Schettler Rossi 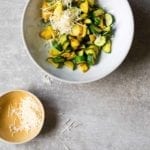 This sautéed summer squash is an easy, healthy side dish made with zucchini, yellow squash, and a sprinkling of Parmesan. Here’s how to make it.
Prep 15 mins
Total 15 mins
Sides
American
1 servings
128 kcal
5 / 3 votes
Print Recipe 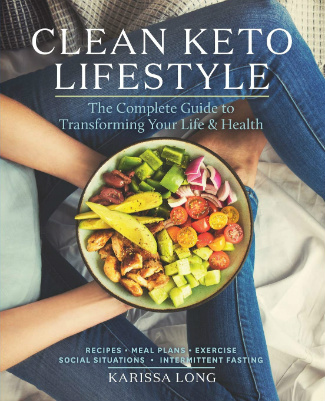 I absolutely love summer squash, but it is not available this time of year, so I used zucchini only. It was very tasty. A fast and easy, yummy recipe especially with the added fresh Parmesan.

I quadrupled this recipe to serve 4 and it was just the right amount of squash for us but I also quadrupled the amount of oil and it was far too oily for my liking. I would use 1/3 of the oil next time and cook. I did use 1 teaspoon freshly grated Parmesan cheese per serving and it was an excellent addition

There are only four ingredients, one of which is optional, and little is specified about the other two, so the recipe can be open to interpretation. I took my best guess and the result was something that I would make again during squash season, so eventually I decided it made the cut.

The yellow squash for some reason took a little extra time to cook. If I make it again I will probably start with it cooking about a minute before the zucchini is added. Five or six minutes of additional cooking after the first two minutes of undisturbed cooking was sufficient to soften both squashes.

I added 1 teaspoon Parmesan but decided it was not enough and eventually upped it to 1 tablespoon.

The recipe produced one serving, but that would change were I to use larger squash. When eating it, I could not help but think it might be improved by a few mushrooms, maybe some well cooked onions. Come summertime, however, when I am surrounded by mounds of squash, I might very well make this just the way it is written.

I love summer squash, so this recipe was a no brainer for me to test. Although I’ve sautéed summer squash and all varieties of other veggies many times, I have never used avocado oil before. I tasted the oil right out of the bottle, and there was no discernable flavor, very neutral. I also did a little research about it and learned it had a higher smoke point so was a good choice for higher heat cooking, and it’s even good for you!

I followed the very simple recipe instructions for my halved zucchini and summer squash slices and it took 3 minutes for my squash slices to become golden while undisturbed in the pan. (I use a heavy titanium nonstick skillet, so that’s probably why it needed an extra minute to brown.) The remaining 5 minutes of cooking time was perfect for the squash to be nice and tender. YUM and YUM!!

I opted not to use the cheese because I love the unaltered flavor of the veggies, with the exception of adding pops of flavor from fresh herbs. I’ll be sautéing with avocado oil now on a regular basis. Thanks for the introduction!!!

I ate the entire batch with some crab cakes and sweet chili remoulade.

This recipe is a lovely, easy no-brainer for a meal alone. I made this with squash soup and toast and I was very happy with it—I’ve always been a fan of zucchini and summer squash, and as simply as this dish is adorned, this could go with anything at your dinner-for-one table.

I cooked it for 2 minutes on the first side and after 5 minutes more, a few pieces were a bit sauteed to a crisp, but it certainly didn’t ruin the dish for me

I did use Parmesan and it was a nice addition. Definitely a 1-serving dish!

Zucchini is easy to find year-round and you can usually find yellow summer squash, too. The two of them together create a healthy and enticing dish.

I used a cast iron skillet and heated it up good. Squash sizzled when I put it in but it still took more than 2 minutes. Closer to 3 and could go a little longer. What I think is most important for this recipe to work is that the slices are cut into 1/2 inch slices. This way they can get golden by cooking a little longer and not turn mushy.

Parmesan is a must, as well as a little red pepper flakes.

The entire recipe took about 8 1/2 minutes to prepare. This would make 2 nice side dishes. Serves 1 as a meal. Great lunch!

This was quite a happy side and it would be made even happier with MORE CHEESE! I started in with the teaspoon, added another, and then a third, at which point I felt the tablespoon of cheese was the correct proportion to the squash.

I made this on a stove that wasn’t mine and so I was experimenting with where the medium heat setting sat. At 5 minutes, rather than 2 minutes, I had the golden squash noted, but conversely, I only needed 3 minutes for my squash to become tender after having given it a good stir, and I could probably have stopped the cooking at 2 minutes.

The avocado oil was lovely, but there would be no reason not to go with grapeseed or olive.

Since the cheese was optional, and despite the start of this review, yes, this would be tasty without the cheese, in which case it serves as an excellent technique (or technique reminder) about the benefits of NOT stirring or moving the vegetables around in order to achieve the nice golden that was described and desired.

Lastly, the December squash I found was tiny, so I used a whole one of each, rather than the half noted. Regardless, this recipe has a lot of play with the proportions all around, and a little more or a little less of one or the other ingredient will still yield a fine result, so long as the initial golden browning process is followed.