There are lots of ways to eat a slice of pizza. And we think they say a lot about your personality. We’ve collected some of the most common as well as most perplexing approaches to devouring a slice and postulated what they may reveal about who you are as a person.

Pizza, more than most things, intrigues us. As in how many varieties there are. How much elation it elicits when we see a slice in front of us. And just how many darn ways exist to maneuver the slice to your face. While we’re pretty much proponents of the idea that how we eat something says a lot about our personality, perhaps nothing is more telling than how we approach a slice of ‘za. To elucidate this a little, we’re sharing an excerpt from the book Pizza: History, recipes, stories, people, places, love by Thom Elliot and James Eliot, who’ve spent years traversing the world to research pizza and subsequently became purveyors of Neopolitan-style pizza at their outlets, Pizza Pilgrims, in the United Kingdom.—LC Editors

How do you eat yours?

Walking through our pizzeria we see it all. People from every walk of life eating pizza in every imaginable way. How you eat your slice is the true inkblot test of the pizza world. We’ve outlined eight pizza-eating techniques we see people using and asked the leading body language specialist, Adrianne Carter (AKA “The Face Whisperer”), to give us an insight into what pizza-eating styles reveal about the type of person you are. So get ready to understand yourself a little better…

The Face Whisperer: This person will be conscious of not making a mess and keeping their hands and face as clean as possible. They are probably the tidiest person in the house and office and like to do things properly and in a set way. 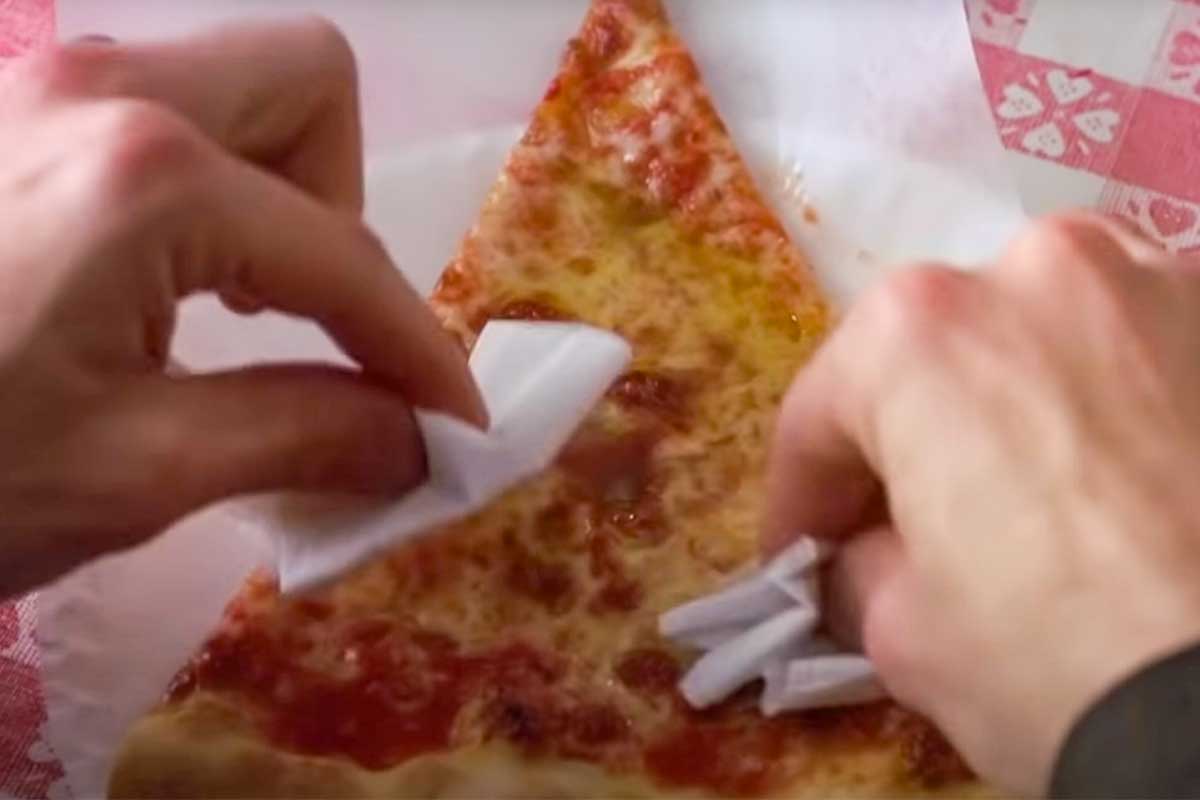 We love that scene in Along Came Polly when Philip Seymour Hoffman coaches Ben Stiller on pizza grease after Stiller’s character blots his slice with napkins to reduce the oil. There are two problems with the blot: 1. Hoffman’s character is right, the grease has all the flavor; 2. The napkins you get at a NY slice joint are about as absorbent as clingfilm (plastic wrap). If you have to take some of the oil off, the only technique is to hold the slice up in the air and squeeze it like you’re milking a cow (but this makes you look like a weirdo, so we wouldn’t advise it!).

The Face Whisperer: This person is scared to enjoy themselves and is likely to worry about all sorts of things. It’s time to stop worrying and eat the pizza, oil and all!

So, you know what we said about Neapolitans using knives and forks to eat pizza? Well, there are exceptions. In Naples, pizza is a meal you can eat any time of the day: breakfast, lunch, or dinner. So, if you don’t have time to sit down and have to grab a slice on the go, there’s only one way to eat sloppy Naples pizza without getting cheese and tomato all over you: the pizza boat. You fold the slice in half, then tuck the end over, creating a vessel for the cheese and sauce that ensures no leakage. True pro stuff.

The Face Whisperer: A person who wants to ensure they don’t miss a bit of the good stuff or make a mess. Probably Mr. or Mrs. Practical in their daily life, and the person we all turn to for a practical solution to our everyday problems.

Crusts first. We don’t know about you, but we just don’t trust this method. Based on what we see in our pizzerias, we think about 1 in 20 people prefer to eat on the dark side. Our theory is this: these people are those who like the crust the least, and therefore want to get it over with as soon as possible. The main issue here is that you lose the handle God gave pizza and end up with sauce all over your hands. Hmmm…

The Face Whisperer: This is the rebellious pizza eater. The one who wants to do things differently and not follow the crowd—even when it’s impractical to do so. 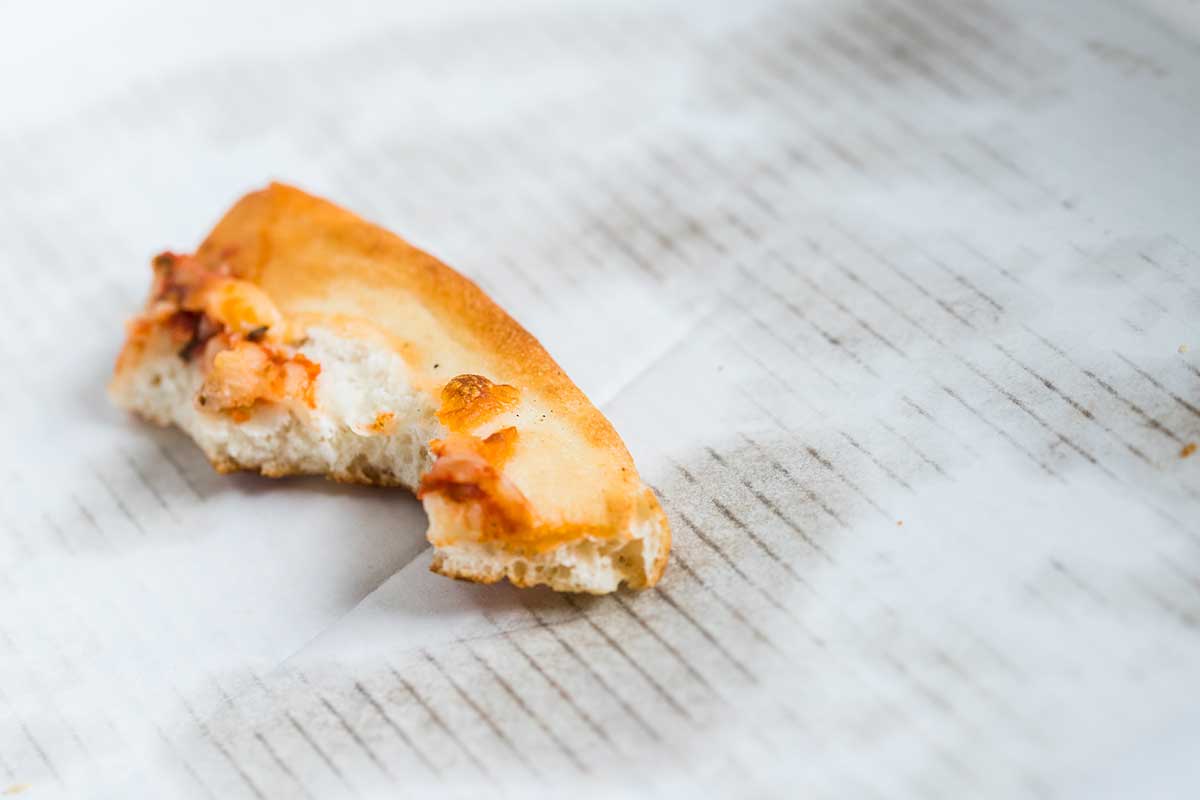 There’s only one thing worse than eating the crusts first…not eating them at all! We feel this must be a hangover from when you were a kid and your mum would tell you to eat the crusts of your sandwich. Some people are really down on the crust of a pizza but, the truth is, if it’s a good pizza the crust is the best bit! Also, by not eating the crusts you’re wasting almost half the pizza! Poor form in our book…

The Face Whisperer: This suggests the kind of person who can never be bothered to finish a task, and often ducks out at the last minute. There are probably a lot of DIY projects in their house that get started but never finished!

The snag and drag

In our pizza lives, we have only ever seen this once, and still see the guy who did it, clear as day, sitting in our pizzeria. An older man of about 60 came in, ordered a Margherita and, when it arrived, picked up the plate, grabbed the pizza with his teeth, pulled it towards him, and began to work his way through it straight off the plate. It was much like watching a snake eat a baby deer, and we respect him for that.

The Face Whisperer: This person does not care what other people think of how they behave or what they do. Possibly has no friends to monitor their behavior.

We see this a lot in our pizzerias, and the people that do it always look in-the-know. You roll the slice from the tip to the crust to create a “cigar,” then eat it from top to bottom. The main benefit here is supposed to be that, in every mouthful, you get a bit of everything, from crust to sauce to cheese. The jury’s out on this one for us. Surely you want to celebrate every part of the pizza separately?!

The Face Whisperer: The term “party pooper” definitely springs to mind. This pizza eater sounds like the person who takes all the fun and enjoyment out of a party. They’re also likely to be constantly in a rush, having to absorb a lot of info at once. 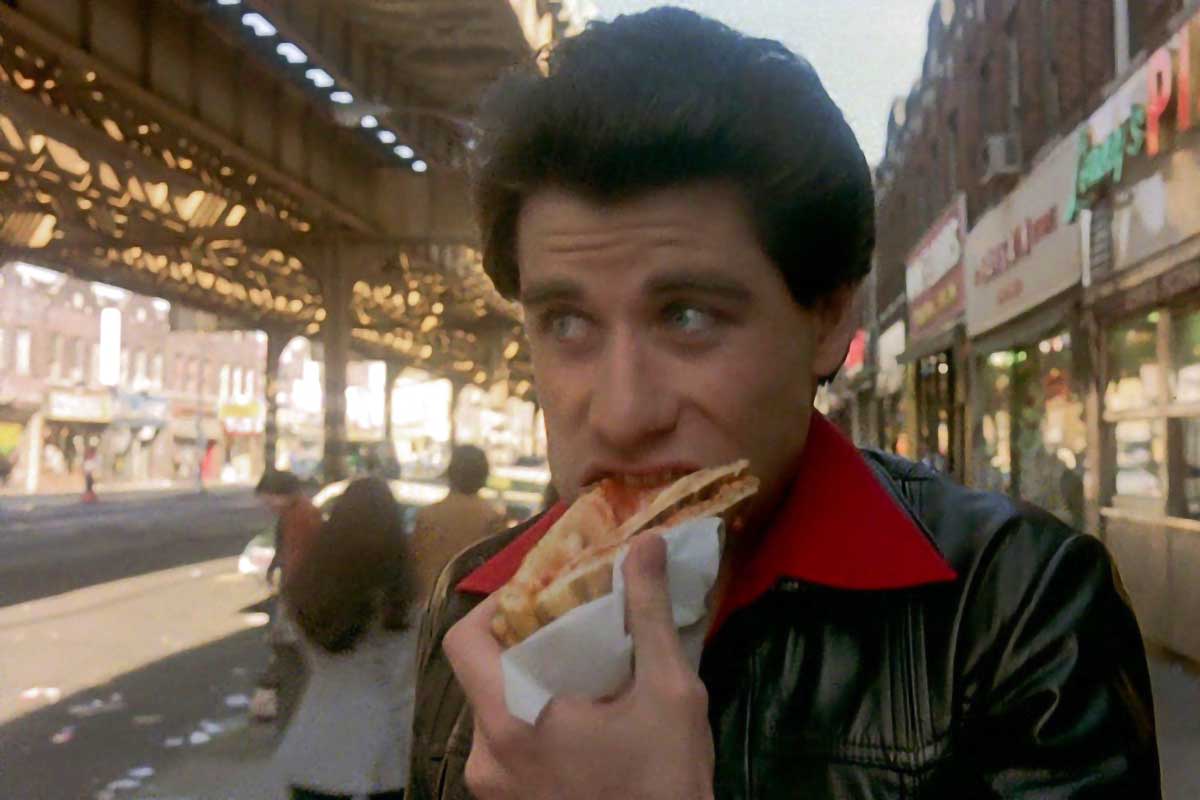 Depending on when you were born, this technique can also be referred to as ‘The Joey Special’ from Friends. In 1978, John Travolta put Brooklyn pizza on the big screen when he played the role of Tony Manero, the paint-slinging disco fiend with a penchant for good pizza, in Saturday Night Fever. His special move? Stacking one slice on top of the other and eating both in one go. Combine this with a flare-fuelled strut and you have one of the most iconic pizza scenes in movie history.

The Face Whisperer: Double enjoyment! One flavor or two? In going for the same flavor on both slices, this person knows what they like in life and aren’t afraid to enjoy it! Different topping combos on each slice reveal a person who isn’t afraid to mix things up and is always looking to max out their enjoyment. They also possibly suffer from FOMO. 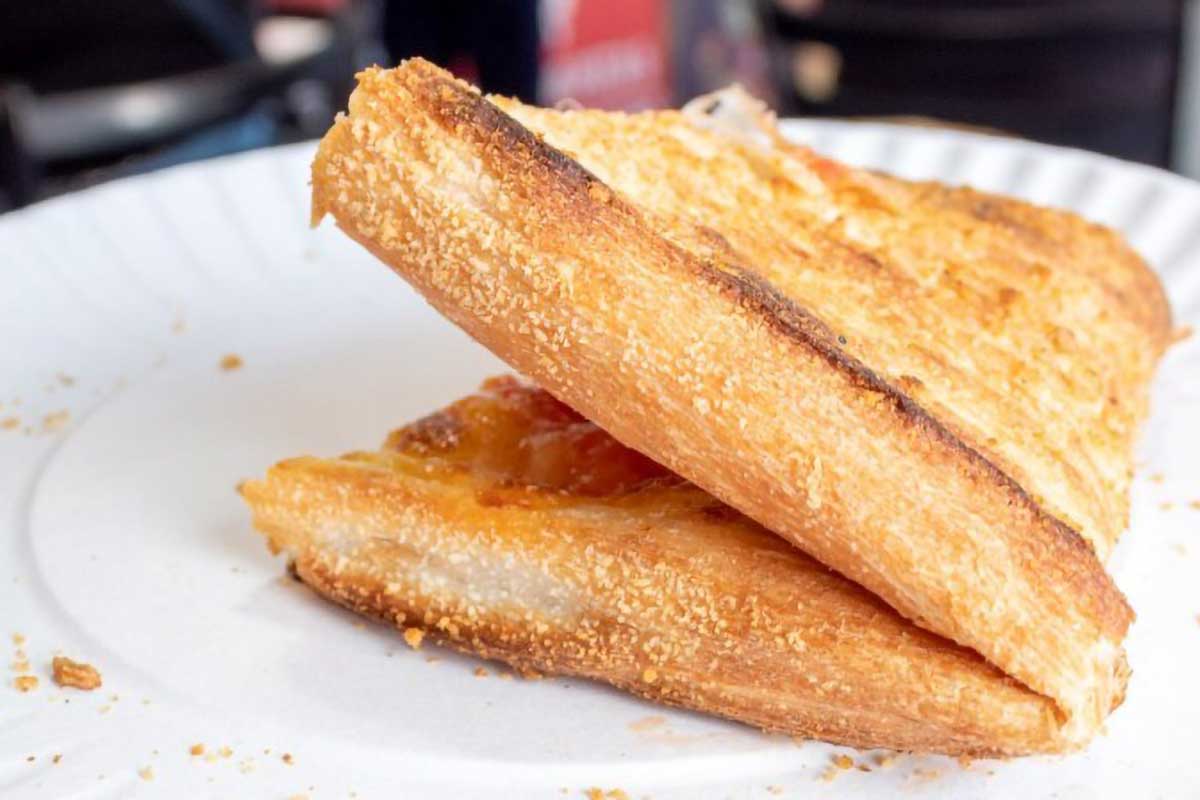 LC Note: “The fold” is our supplement to the excerpt above, as it’s not included in the book but we couldn’t imagine talking styles of eating pizza without this approach. (We suppose it could be classified as a subcategory of The Neopolitan Pizza Boat, although it honestly deserves its own category and personality type.) This is what you see a lot in New York as well as other places, specifically with the lunchtime special sort of slices that have pretty broad shoulders. It’s an easy fold lengthwise with the tip of the slice dangling and somewhat dangerously threatening to drip sauce and cheese. Often seen by those walking and devouring though seemingly oft preferred by those with a couple slices before them and a seeming clock ticking.

Our Attempt at The Face Whisperer: This person knows what they want and believes that they deserve it and more. They’re an all-or-nothing sort who likes to take everything in quickly so they can be on to the next attempt at satisfying their desire, whether that be hunger or curiosity.

© 2021 Thom Elliot and James Elliot. All rights reserved. All materials used with permission.

About Thom Elliot and James Elliot

The Pizza Pilgrims, Thom and James Elliot, have spent years researching the best pizza that the world has to offer, and producing their own pizzas across 16 restaurants in the UK (and counting). @pizzapilgrims