This homemade pita bread is soft, tender, and easy to make—far easier than you might imagine. And watching them puff in the oven is sorta like your own science experiment. Home schooling, anyone?

It is really the easiest thing in the world to make homemade pita bread. You just need to have faith in heat and air. You can make the dough a day in advance if you have time—it helps the flavor develop and makes the pita fluffier—but it works well doing it all the same day, too. Make more than you need and freeze them, as they keep well if frozen. That way you can just quickly pop one in the toaster and have it with white bean hummus, or use it in a bread salad.–Sarit Packer and Itamar Srulovich

Why is my pita not puffing up?

Chances are you won’t have any incidents with this pita bread not puffing, as we didn’t experience it at all in any of our home kitchens. However, should your pita not puff and you’re looking to troubleshoot, typically this has to do with the oven not being sufficiently hot. If your oven was cranked as hot as it’ll go and you let it preheat for the amount of time it took you to shape the dough and let it rest, you should be fine. It may seem an excessive amount of time to keep the oven on, but it ensures a consistent oven temperature. Another culprit could be your yeast, but if the dough was able to rise, it should be capable of puffing. 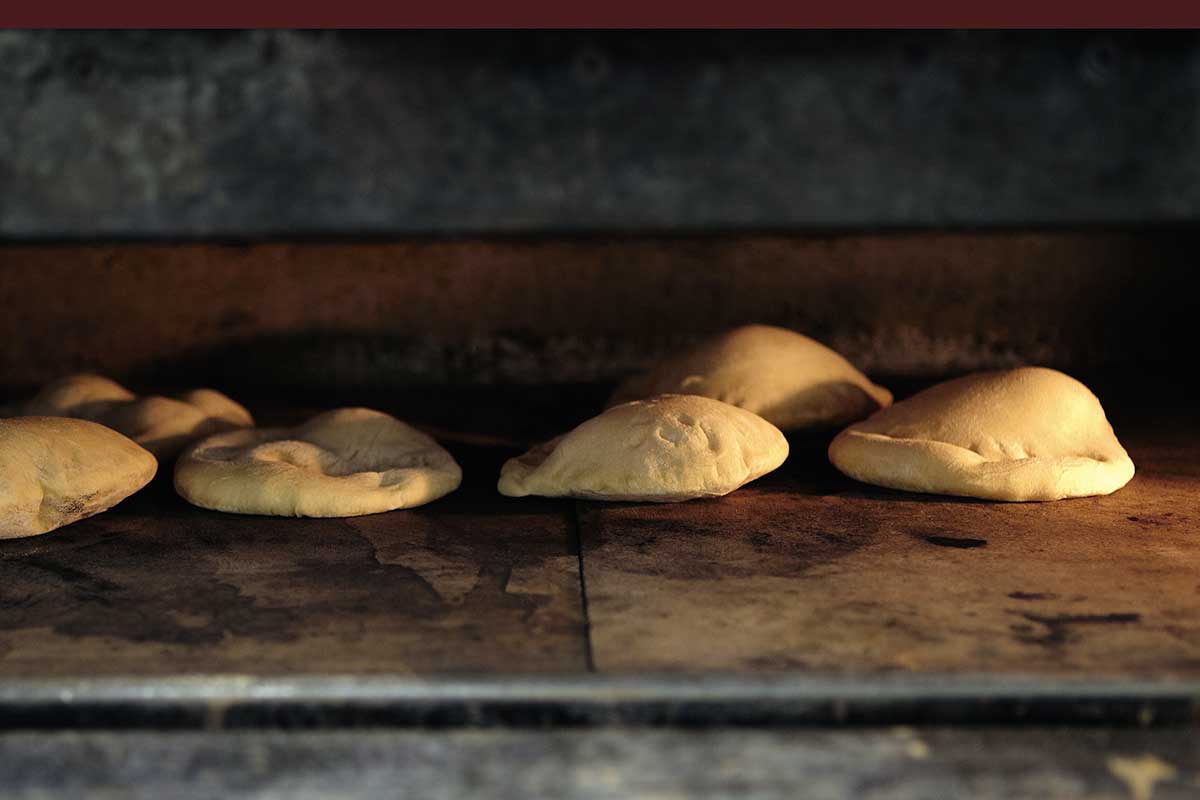 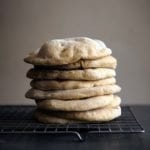 This homemade pita bread is soft, tender, and easy to make—far easier than you might imagine. And watching them puff in the oven is sorta like your own science experiment. Home schooling, anyone?
Prep 50 mins
Cook 2 hrs 40 mins
Total 3 hrs 30 mins
Sides
Middle Eastern
10 pitas
219 kcal
4.34 / 3 votes
Print Recipe 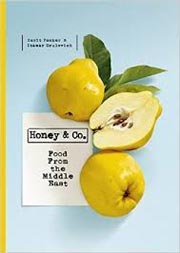 I was immediately drawn to this recipe as I’ve always wanted to make pita. This recipe was such a success and the end product was soft with a wonderful flavor. Very fun to make and even better to eat.

I used active dry yeast for my dough and combined it with a mixer fitted with the dough hook attachment. The dough came together very quickly, with 2 minutes of mixing before adding the oil. I needed exactly 1 1/2 cups of water (including the 1/2 cup that was used to proof the yeast). After adding the oil, I mixed/kneaded using the mixer for 3 minutes, and it did yield a smooth dough, though still slightly oily.

I let it rest, covered, in the fridge for 24 hours, and let it sit on the counter for 30 minutes before dividing it as it was quite cold. The dough did double in size while sitting overnight. I found the directions for rolling each piece into a ball good, and I did feel a resistance build up in each ball after about 30 seconds of rolling. My dough balls sat for 17 minutes before I rolled them out, and I found this quite easy and didn’t need to add much flour (approximately 1/3 cup total for dusting and rolling for all 10 pieces).

My oven was set to 500°F and I heated my pizza stone in it. I was able to cook 3 at a time on the pizza stone, and they all took nearly 3 minutes to “pillow.” Some of them only puffed up in spots, but they mostly all filled out. I let them sit for 5 minutes before stacking and covering them. I froze half of them and the other half we ate 3 hours later. They were soft, not at all dried out, and had a lovely, slightly yeasty flavor. I’m afraid my children and husband will now no longer accept the store-bought version…

Pitas—puffy pillows of perfectly yeasty goodness—what more is there really to say? Well, maybe to sing the praises of mixing flour and water (and yeast) and enjoying the fruits of your labor just a few hours later. There is something almost primal about making your own bread. And if you get to watch it puff and swell in the oven as it bakes? Even better!

Every pita puffed, which has never happened with any other pita recipe I have tried. The mixing/kneading method was a little unfamiliar to me, but the directions were clear and descriptive. I think even a novice pita-maker would have great success with the recipe. Yum, warm pitas!

I used a KitchenAid mixer and fresh yeast. The blocks of fresh yeast I found at the grocery store were 17grams. I had to use almost a quarter of a second block to equal the 20 grams called for in the recipe. Comparing the dry yeast amount, it calls for more yeast than a packet, so I decided I should definitely use more than one block of fresh yeast as one block of fresh is supposed to be equivalent to one packet of dry yeast. Using two blocks is a bit pricy as they were $1.99 each. I’m not sure if the recipe was developed somewhere other than the US, and if 20 grams is a more common fresh yeast amount in stores in other countries. If I hadn’t been making the recipe for testing I would have used one 17 gram block of yeast and just let the dough rise longer. It was a very good riser, so I think 1 block probably would have worked just fine, though I didn’t test the recipe again with just 1 block.

I was glad I was using a mixer when I kneaded the oil into the dough. It took about 4 minutes and a couple of bowl scrape-downs to get the oil fully incorporated into the dough. I think it would be hard to do this stage by hand, especially on the counter. It was very messy and slick even in the mixer.

I’m not familiar with adding the oil after kneading and I wonder what the benefits are. I hadn’t planned well so I didn’t have time to let the dough rise overnight. I left it at room temperature and it tripled after two hours.

I preheated the oven to 500 degrees F, which is as high as mine goes. I have a basic electric oven, no convection. I preheated my pizza stone with the oven.

I got into a rhythm of cooking two pitas while I rolled out the next two. I worked on two at once, so I could let one pita relax a bit while I rolled out the other one. The dough was a bit springy when I first rolled it out, but alternating between pitas made them easier to roll out after just a few moments of rest time.

The pitas started puffing after 1 minute in the oven and were fully expanded after 3 minutes. A few of the pitas caught on the baking stone and folded a bit as I pulled the peel out from underneath them. They still puffed just fine and were hard to distinguish from the “perfect” ones.

I cooled the pitas stacked on a wire rack. We ate a few warm and froze the rest after they were completely cool. Some of the pitas kept their puff even after they cooled all the way. I thought that was really cool, but I am easily impressed.

This was so much fun! And, as the recipe writer says, so easy. The instructions, though long, are clear and detailed and pretty much right on the money.

I did not make my dough a day ahead of baking, but the pita breads seemed fine nonetheless. The required amount of dry yeast is a bit less than 2 envelopes. I used my KitchenAid mixer with the dough hook to knead the dough, and was glad I did, as it took nearly 10 minutes of mixing to get the dough to the silky smooth stage–but it did, exactly as described. Rolling the dough once it had rested for about 90 minutes was no sweat and I found that I didn’t need a peel or spatula–I just flipped the dough onto my sheet pan with my hands. The baking is very quick! At 550°F–my oven’s maximum temp–it took less than 2 minutes to puff up beautifully.

Hands-on time for this recipe was about 30 minutes, but there is lots of hands-off time for proofing. We couldn’t resist taste-testing right away, but most went into resealable plastic bags for the freezer. I’m making some hummus right now!