Skip to content
Home » Writings » What (Exactly) is Fermentation?

What (exactly) is fermentation explains the process of fermenting and the basic biology and why it is important. It also offers ideas for what you can do with the results, including recipes and ideas traditional as well as unconventionally creative. 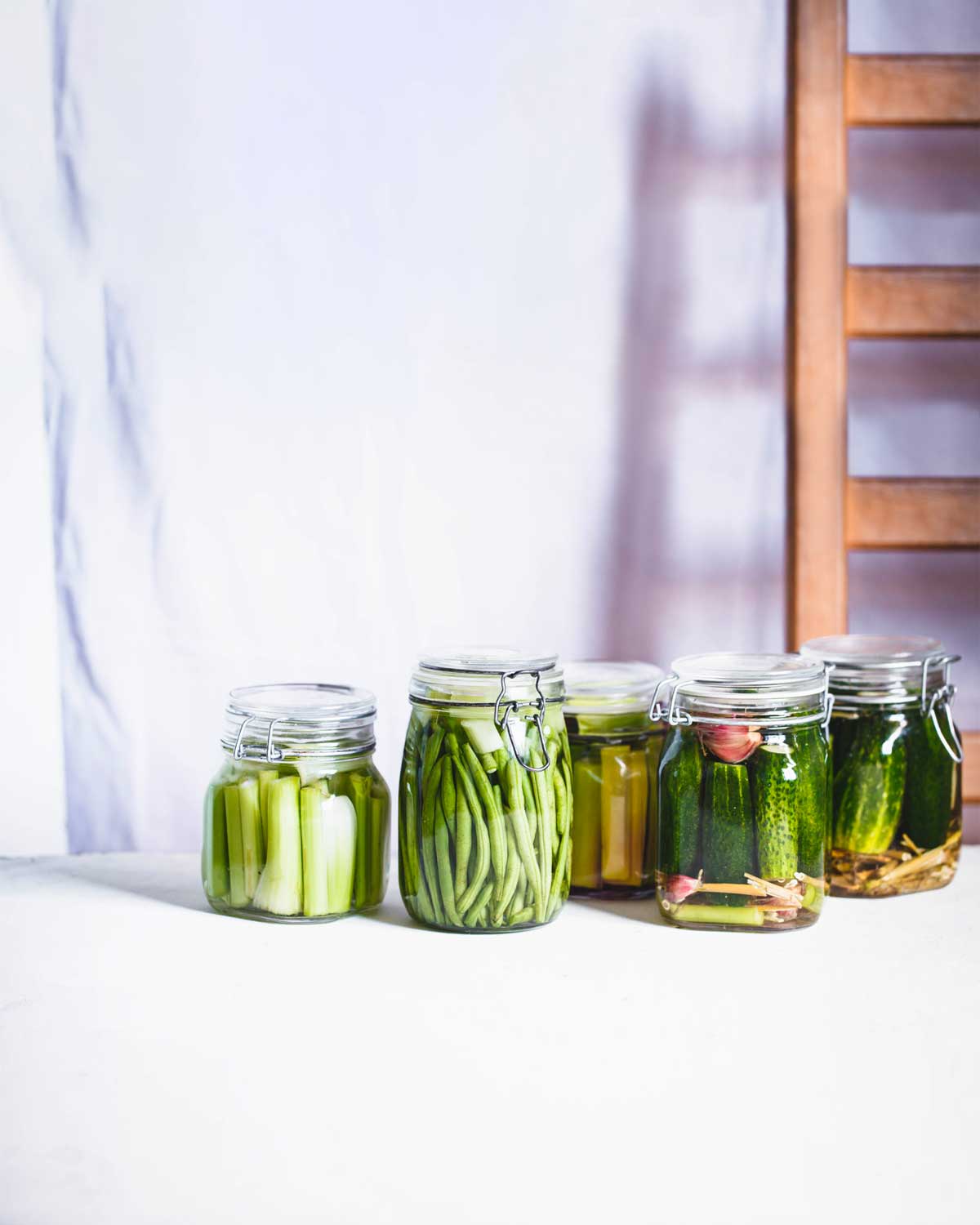 We suspect that you, like us, have been hearing a heck of a lot about fermentation the last several years. So you’re probably already aware that we’re supposed to ingest as many fermented foods as we can cram into our pieholes for their repeatedly researched health benefits, including enhanced immunity, digestion, even mood. But have you ever wondered what exactly is fermentation and how is it that fermented foods—including pickles, sourdough, yogurt, even hot sauce—have a taste and nutritional profile that are so gosh darn exponentially better than prior to fermentation? Wonder no longer. This explanation from the book Fiery Ferments explains enough to satiate your curiosity but not so much that you feel like you need to once again suffer through freshman chemistry.—LC Editors

What exactly is fermentation?

Just a few years ago fermentation was a dirty word, as in scary and weird. Chocolatiers and cheesemakers (who create some of the sexiest fermented foods) did not talk openly about how the flavor and texture that make their products delicious are a direct result of the action of bacteria. Bacteria! Yikes! But that is so yesterday. In the last few years, working with bacteria to produce delicious fermented foods has become cool, and something to be proud of.

Fermentation is defined as the chemical breakdown of a substance by bacteria, yeasts, or other microorganisms, often resulting in effervescence and the release of heat. In lactic-acid vegetable fermentation, it is the members of the lactic-acid family of bacteria that transform the (often) low-acid vegetables into high-acid vegetables—a.k.a. pickled vegetables—by consuming the carbohydrates in the vegetables and converting them to acid. Like the before-and-after shots of a makeover, there are some significant, almost magical changes that turn these veggies into a long-lasting “superfood.” Why “super”? (After all, “superfood” is an extremely overused word usually used to describe the next trendy green or berry.) They’re super, in short, because these veggies, after fermenting, have more bioavailable vitamins because the carbs have been predigested by probiotic bacteria. But if that isn’t enough—and it isn’t, really—they just taste mighty good.

Why do fermented foods taste so good?

In fermentation, most of the taste comes from the action of the microbes, which act like billions of little chefs layering on flavor over the course of two stages of fermentation. This two-stage succession of bacteria comprises a whole assortment of different species that occur naturally in the soil and are therefore found on the plants. So whether you buy vegetables from the store or harvest them from your garden, they come to you fully inoculated with the bacteria needed to get things started. You just provide the environment (which we’ll get into later).

We are still learning so much about the microorganisms that flavor our food and keep us healthy, but right now, broadly speaking, we know that four key species of lactic-acid bacteria are present in vegetable fermentations: Lactobacillus brevis, Lactobacillus plantarum, Leuconostoc mesenteroides, and Pediococcus pentosaceus. Several more species of lactic-acid bacteria have been found in cabbage-based fermentations [Editor’s Note: Including the very beneficial L. Acidophilus, L. Rhamnosus, and L. Casei]. Each of these groups has its own specific niches and reactions and, we are finding out, flavors. You will hear most about L. plantarum, a second-stage fermenter, as it produces high acidity in all vegetable ferments. But honestly, you don’t need to know or remember any of these guys’ names to make great spicy ferments. You just need to know how to manage their homeplace, and they will do the rest. 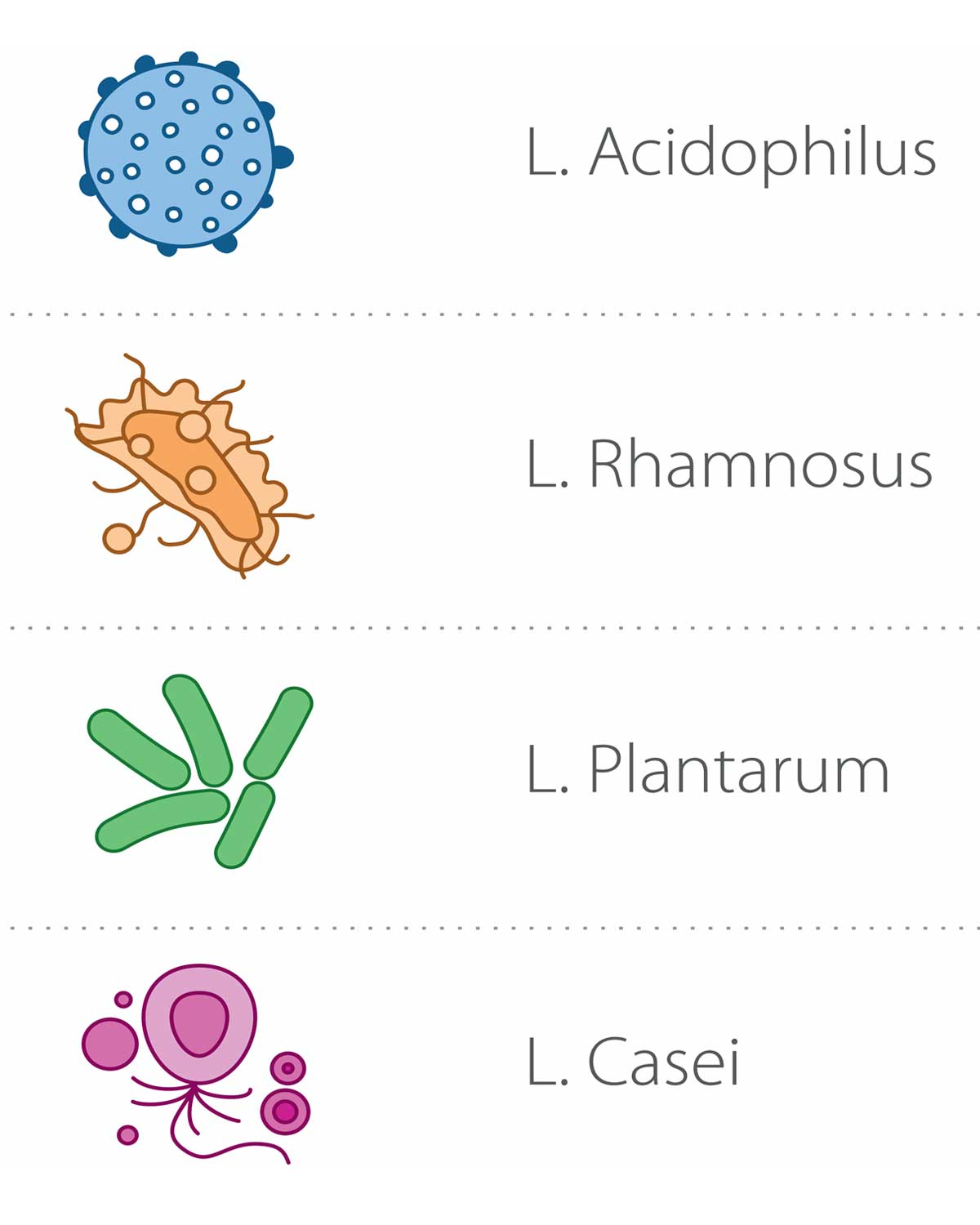 What are some other reasons to ferment food?

People come to fermentation for a number of reasons. For some, it is for the age-old reason of preserving the harvest into the cold, lean months. The acidification (or pickling, if you will) of vegetables—including pickled peppers—can hold off the forces of decay for months and sometimes years. But many more people come to fermentation for the health benefits (or to freak out their parents by eating foods with funk). These are all good reasons to make and eat fermented foods, but ultimately, it is flavor that will keep you coming back for more.

So here we are at the core of why we ferment: flavor. It has to be flavor, because, ultimately, if you don’t like these ferments you won’t eat them, and then it really doesn’t matter how long they last, or how digestible and full of vitamins, minerals, and probiotics they are. We hope to introduce you to some flavors that we find fantastic while encouraging you to invent your own. 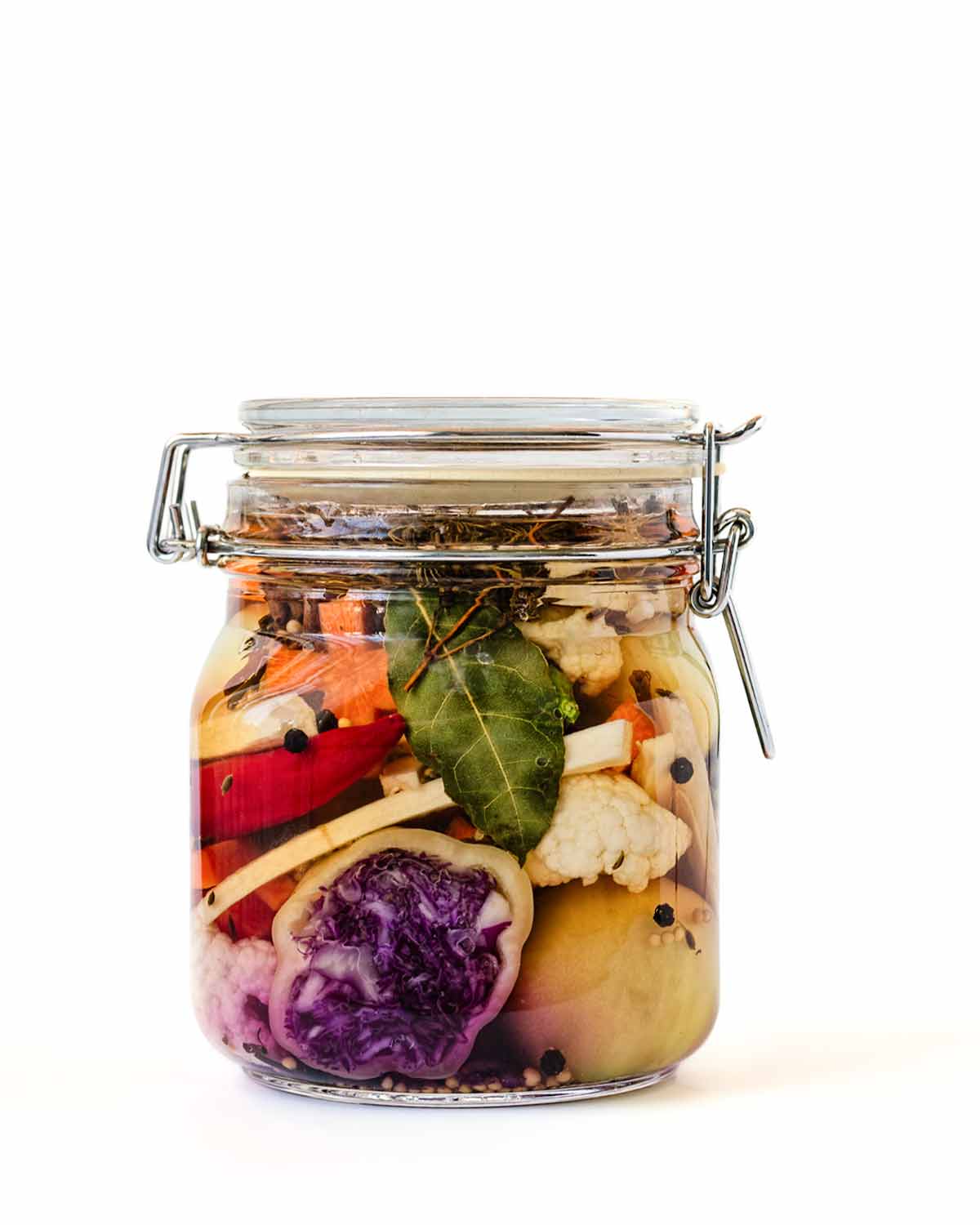 What foods can I ferment at home?

It’s an exciting time right now as we reinvent our fermentation foodways. Chefs and home cooks are experimenting with using microbes for flavors in ways previously unimaginable. [Editor’s Note: They’re talking the likes of Gin & Tonic Pickled Cucumbers, folks.] Many feel we are just scratching the surface of possibility. And this possibility lies not only in the fermenting itself but also in how we use these foods, whether as condiments or as ingredients in interesting meals.

We invite you to enjoy all the advantages of fermentation, from flavor to health to preservation. And we invite you to play around, using whatever vegetables are in season or at hand, as you create your own unique fiery ferments. Using chiles and other veggies that you buy from your local farmers allows you not only to create a truly local product—including local bacteria!—but also to support your local foodshed and to play a small part in establishing your region’s food security.

What if I don’t want to ferment my own foods?!

Whichever fermented foods you like are the ones you should start to keep on hand. The authors above encourage creativity, and so if you’re looking for some inspiration, peruse our array of fermented foods you can make at home, including some surprising and unexpected pickles you can easily toss together. You may be surprised at what you encounter and just how easy it is to pull off. And if you have no desire whatsoever to be creative and simply want to be told exactly what to do, the following are some unconventional approaches to reveling in more fermented foods, including fermented foods such as yogurt, miso, kimchi, and, yes, pickles, that are commonly found in grocery stores. 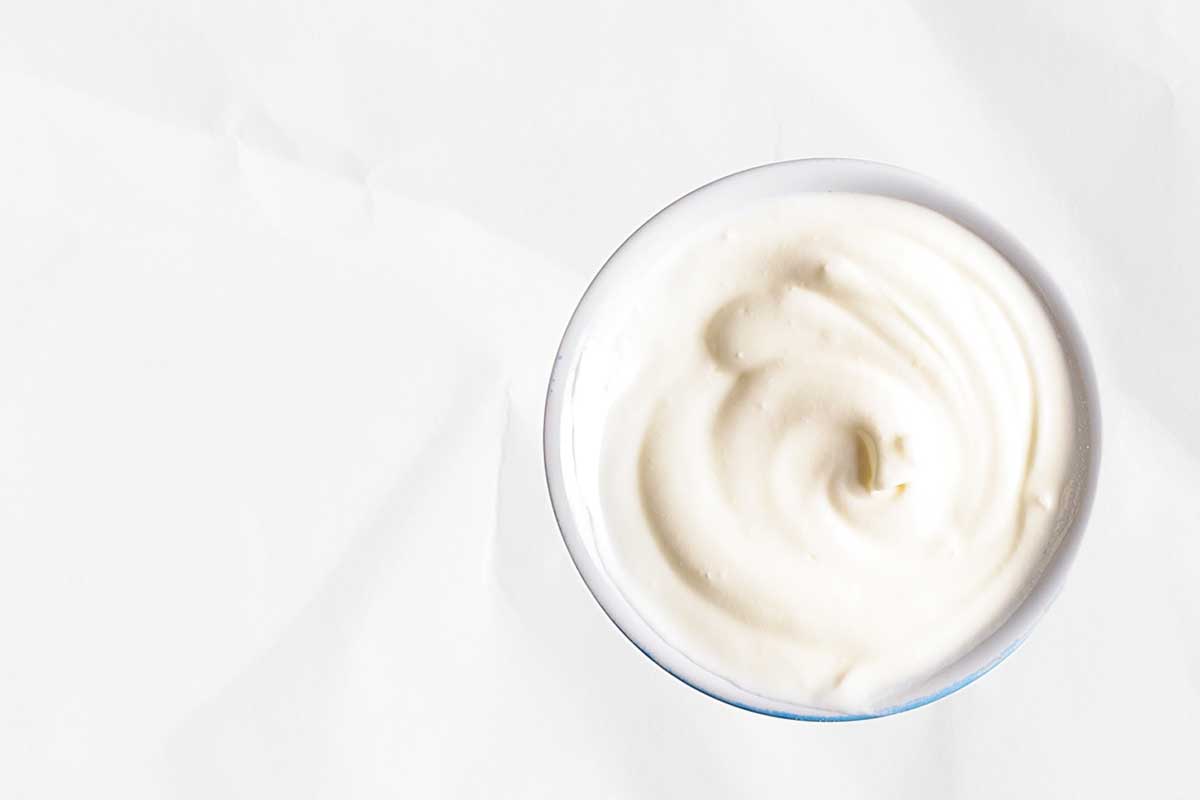 The breakfast staple has a lot more latitude than we tend to lend it. That doesn’t mean we don’t want you to sprinkle it with almond and coconut granola. Just saying, why stop there? Swirl it into creamy broccoli soup. Bathe cucumbers and mint in it as a cooling respite to Catalan lamb skewers. Blend it into a simple three-ingredient mango frozen yogurt. Or use it to tame the fiery heat of harissa in a marinade for this yogurt and spice marinated salmon. 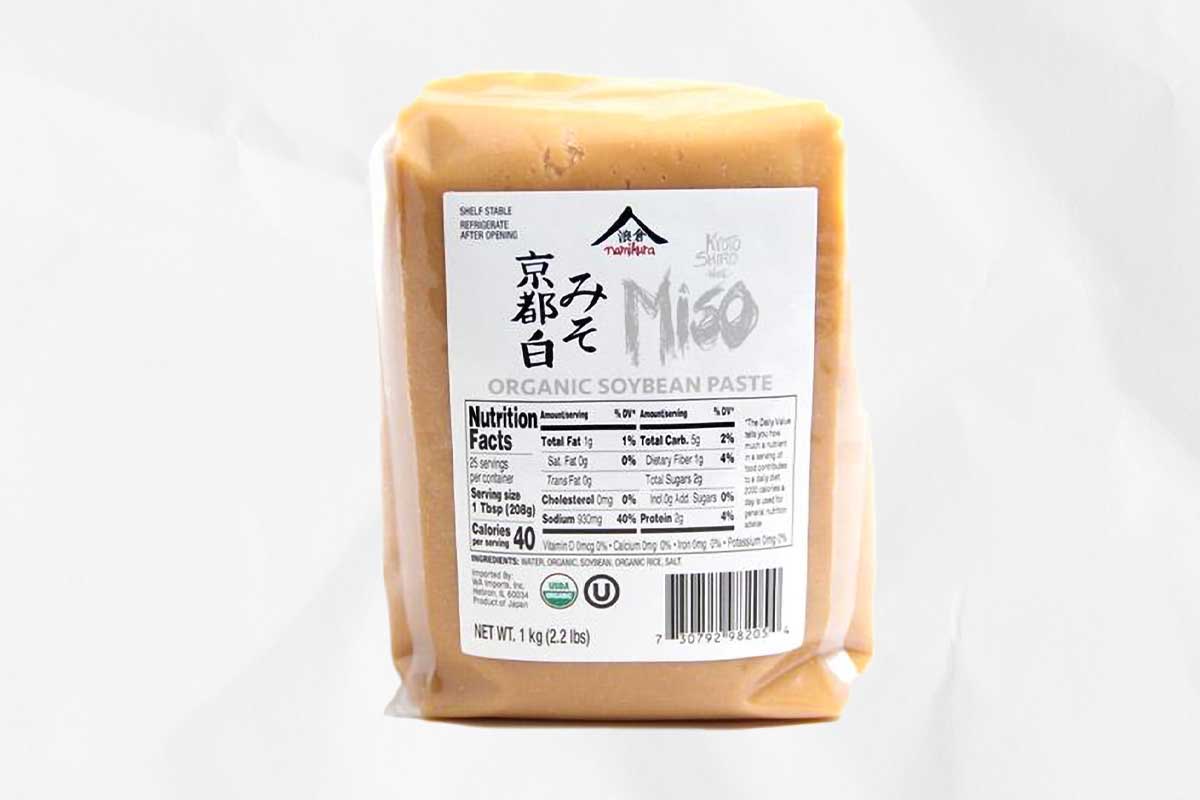 : igourmet
Miso, in each of its many incarnations, lends a sorta beguiling complexity to anything. It tends to be subtle rather than pronounced like, say, homemade Sriracha sauce. But its presence is apparent in everything, from a delicate ginger miso soup to the umami-rich miso-marinated cod to a simple, toss-it-together-in-minutes miso-ginger dressing. 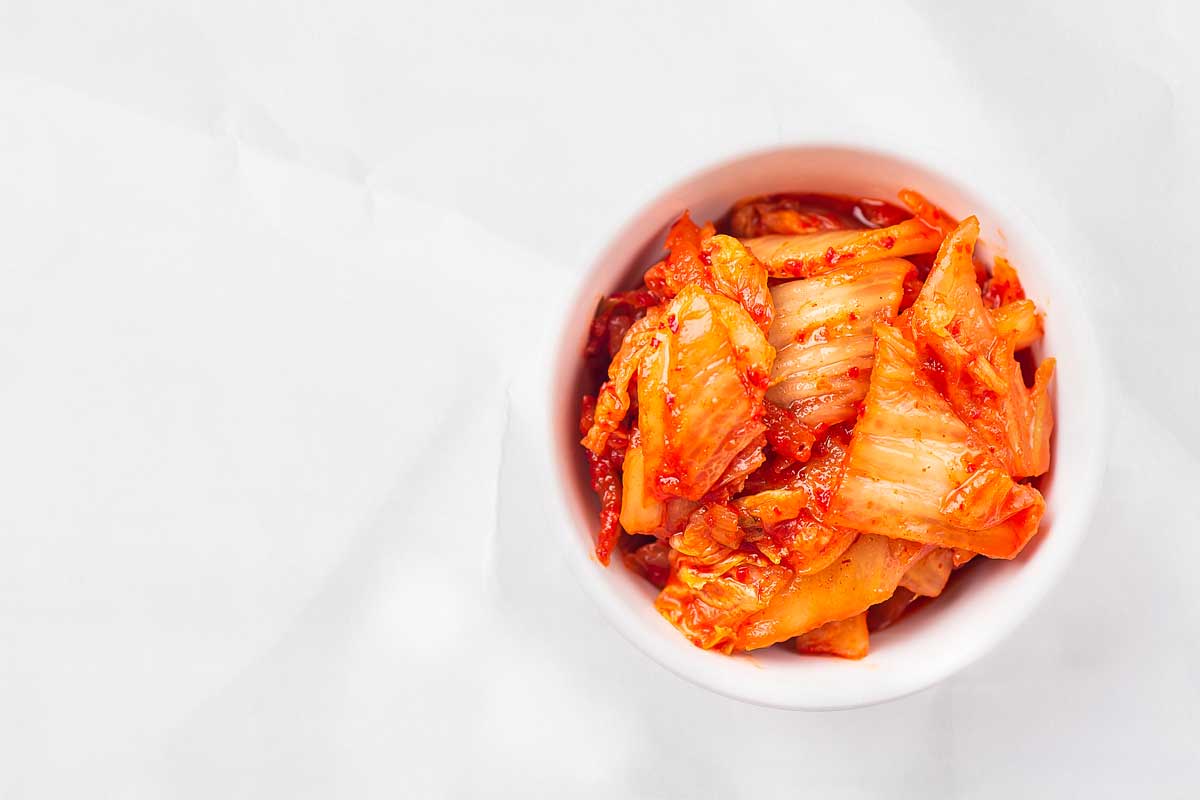 : Nungning20
Some say kimchi is actually the greatest thing ever invented. We can’t argue. The fermented melding of chile peppers and cabbage that’s ubiquitous in Korean cooking and popular the world over also has a place wherever else you crave it, whether atop bulgogi tacos with kimchi or stirred into kimchi fried rice or tucked within unconventional kimchi arancini or, yes, in a cauliflower sandwich. After all, creativity knows no boundaries. (And yes, you can make your own homemade kimchi.) 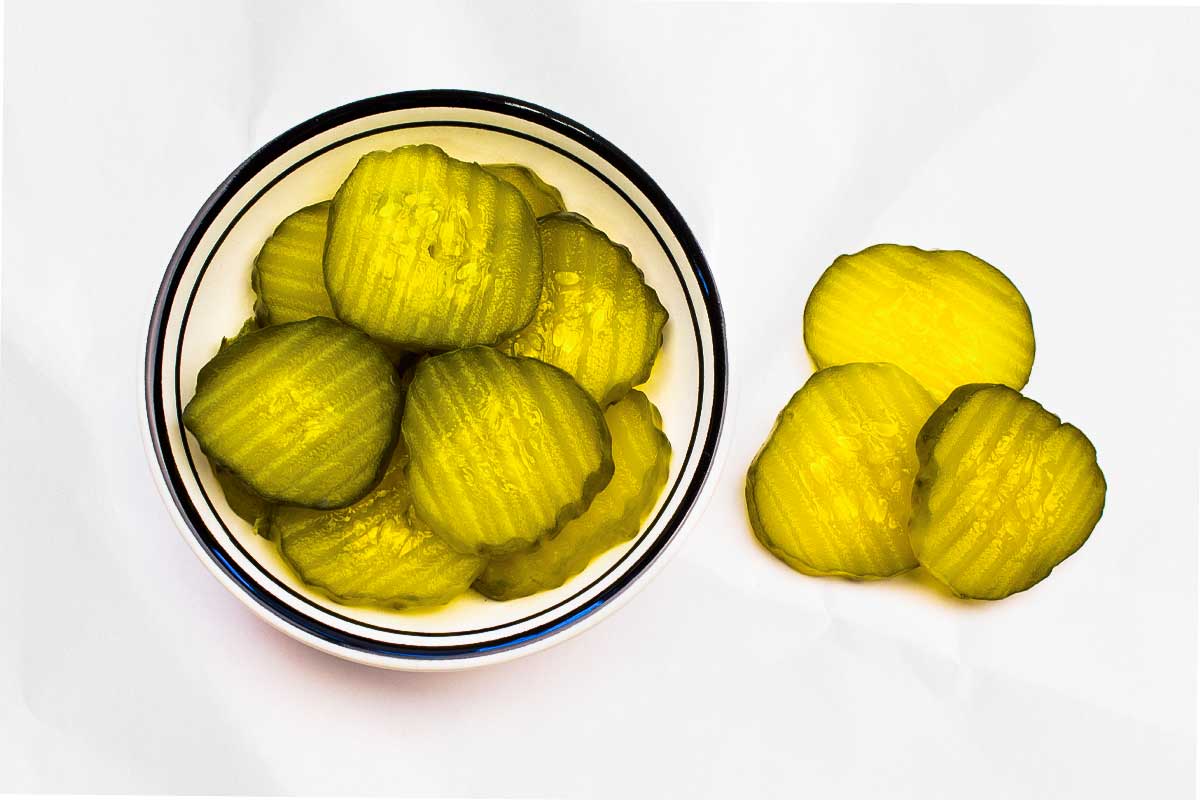 Perhaps the most commonly known (and craved) fermented food, pickles make their way into all manner of meals. Although.. have you considered easy fried pickles? Or harnessing the liquid in a jar of pickles as the lip-puckeringly tart brining agent for pickle-brined fried chicken or pickle juice-brined pork chops? And speaking of that liquid, whatever is left in the jar when your last dill spear is gone can be saved to pickle carrots. Simply toss some sliced carrots or cauliflower florets into the liquid, screw on the lid, and stash it in the back of the fridge for a few days.

Kirsten K. Shockey is the coauthor of Miso, Tempeh, Natto & Other Tasty Ferments, Fiery Ferments, and Fermented Vegetables with her husband, Christopher Shockey. The Shockeys got their start in fermenting foods with their farmstead food company, where they created more than 40 varieties of cultured vegetables and krauts. Their current focus is on teaching the art of fermenting vegetables to others through classes and workshops at their farm. They live on a 40-acre hillside homestead in the Applegate Valley of southern Oregon. @ferment.works.espanol