Everyone wants to lose weight with the New Year. So we explore the basics of each of the most popular diet approaches, including keto, paleo, intermittent fasting, intuitive eating, and the Mediterranean diet, so you can decide what works best for you. 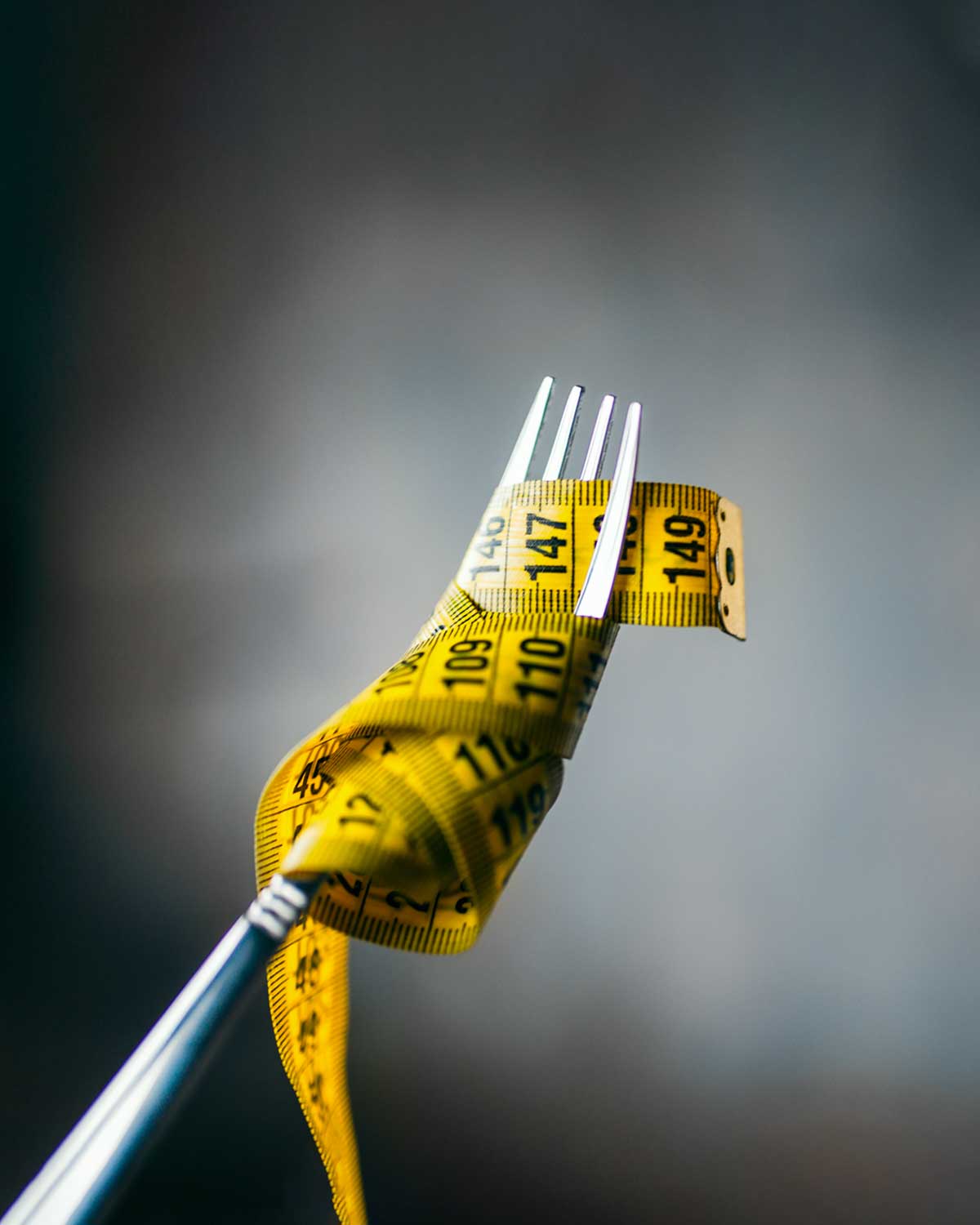 We hear what you’re thinking. What does a website dedicated to recipes—some of them quite indulgent recipes—think it’s doing suggesting you drop a little weight by going on a diet?!

Well, we’re simply responding to you. Each January, gym memberships sell like a plate of carb-heavy pancakes. Just last year, three of the top four New Year’s Resolutions in America were health- and weight-related. And in recent weeks, what you’ve been typing into our search box has veered towards “boneless, skinless chicken breast” and “green smoothies” instead of “fried chicken” and “roast pork butt.”

We’re all looking for ways to clean up our act in the coming year, whether your vice is sourdough or second breakfast or ice cream for dinner. Choosing your way forward, diet-wise, depends largely on your health, your desires, your personality, and your sensibilities. We’re not advocating for any of these approaches to weight loss. We’re simply sharing the lowdown on them should you be tired of cabbage soup or need some background information so you can better join in the conversation when your colleagues start swapping paleo recipes before a Zoom meeting.

The most confusion we’ve heard seems to relate to low-carb approaches to weight loss. “Paleo and keto are in the top five diets that clients generally asked me about in the past year,” said Laura Burak, MS, RD, CDN. “The low-carb trend is still sticking around.” On the surface, they seem pretty similar, but to their adherents, they’re only distantly related. Both diets focus on eating less processed foods and grains, emphasizing natural sources of protein and nutrients. It’s the followers of these protocols who usually determine just how rigidly they choose to follow the rules. 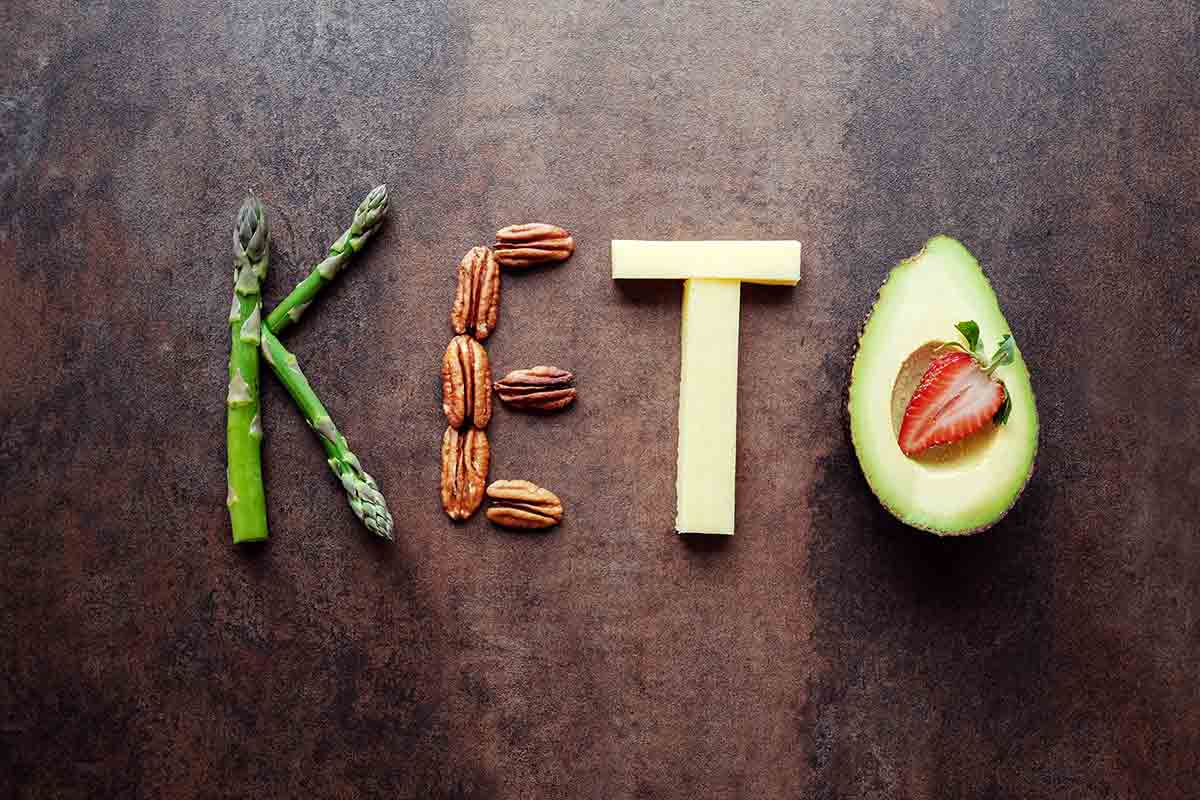 Keto can get complicated. We’ll start with the basics. As explained by Harvard Medical School, the keto diet “aims to force your body into using a different type of fuel. Instead of relying on sugar (glucose) that comes from carbohydrates (such as grains, legumes, vegetables, and fruits), the keto diet relies on ketone bodies, a type of fuel that the liver produces from stored fat.”

The underlying tenet is that you need to eat more fat, ironically, in order to burn more fat. Investigative science and health journalist Gary Taubes maintains that consuming certain types of carbs is more likely to cause weight gain than consuming excess fat. He states “since insulin levels after meals are determined largely by the carbohydrates we eat—particularly easily digestible grains and starches, known as high glycemic index carbohydrates, as well as sugars like sucrose and high-fructose corn syrup—diets based on this approach specifically target these carbohydrates. If we don’t want to stay fat or get fatter, we don’t eat them.”

When eating keto, your intake of carbs is drastically reduced. Your day’s macronutrient intake is divvied up into approximately 55% to 60% fat calories, 30% to 35% protein calories, and 5% to 10% carbohydrate calories. That means if you take in 2000 calories per day, your carbohydrate quota would be 20 to 50 grams per day. In case you’re curious, 20 grams of carbs is about half a hamburger bun or a couple cups of raw broccoli florets. There are no studies evaluating the long-term health risks of prolonged ketogenesis in the body. Some reported side effects include feeling sluggish, lack of mental clarity, and mood swings. 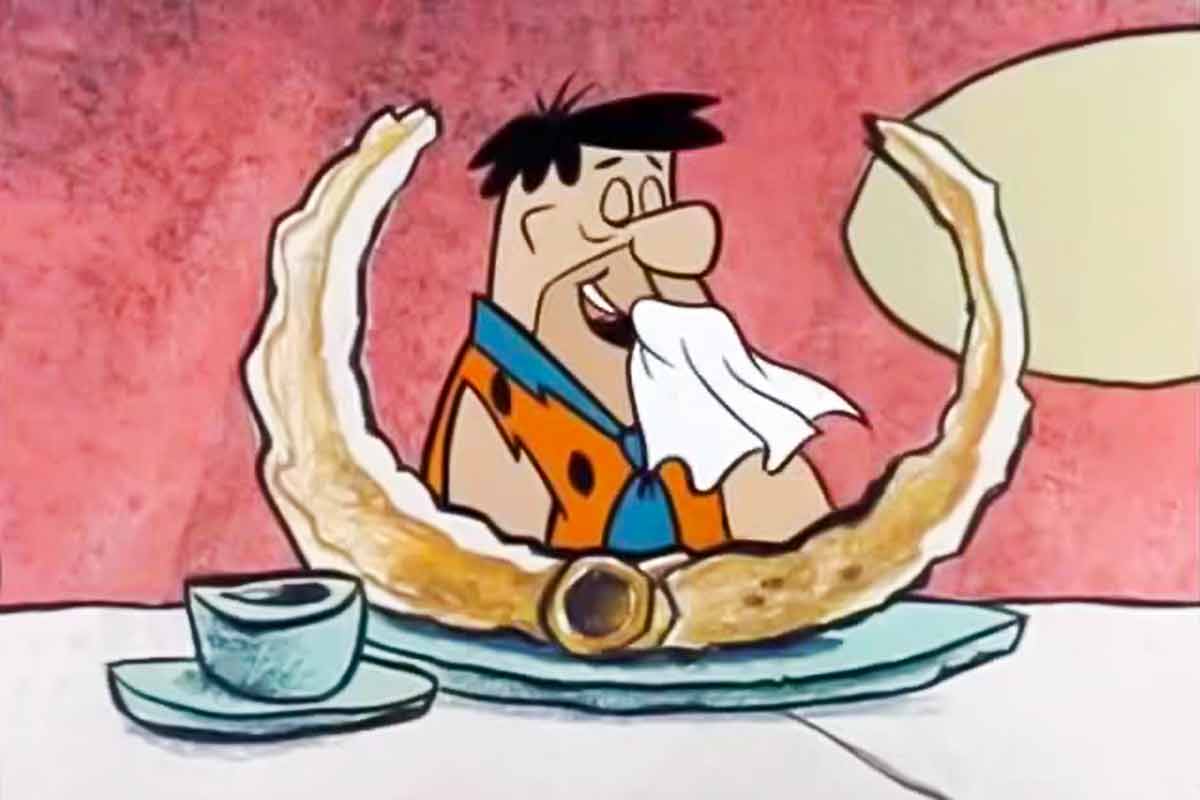 In comparison to keto, paleo “prioritizes eating real, whole, nutrient-dense foods” that enable our bodies to thrive the way they once did, before the industrialization of ingredients, explains blogger Michelle Tam of NomNomPaleo. Eschewing factory-made foods, paleo builds on the hunter-gatherer model of eating in order to return to a way of eating that’s closer to what early humans ate. Paleo adherents reason that “farming changed what people ate and established dairy, grains, and legumes as additional staples in the human diet. This relatively late and rapid change in diet outpaced the body’s ability to adapt. This mismatch is believed to be a contributing factor to the prevalence of obesity, diabetes and heart disease today,” explains the Mayo Clinic. The paleo diet rules out, to varying degrees, refined sugar, dairy, grains, legumes, potatoes, and anything highly processed.

While paleo and keto are both restrictive diets in the kinds of food that can be eaten, the biggest difference is that keto relies on counting carbs and other macronutrients. There isn’t a need with paleo; as long as you’re eating like a caveman, you’re halfway there. Meat, most vegetables, healthy natural fats such as avocado and nuts, as well as fruits are on the list of things to include. 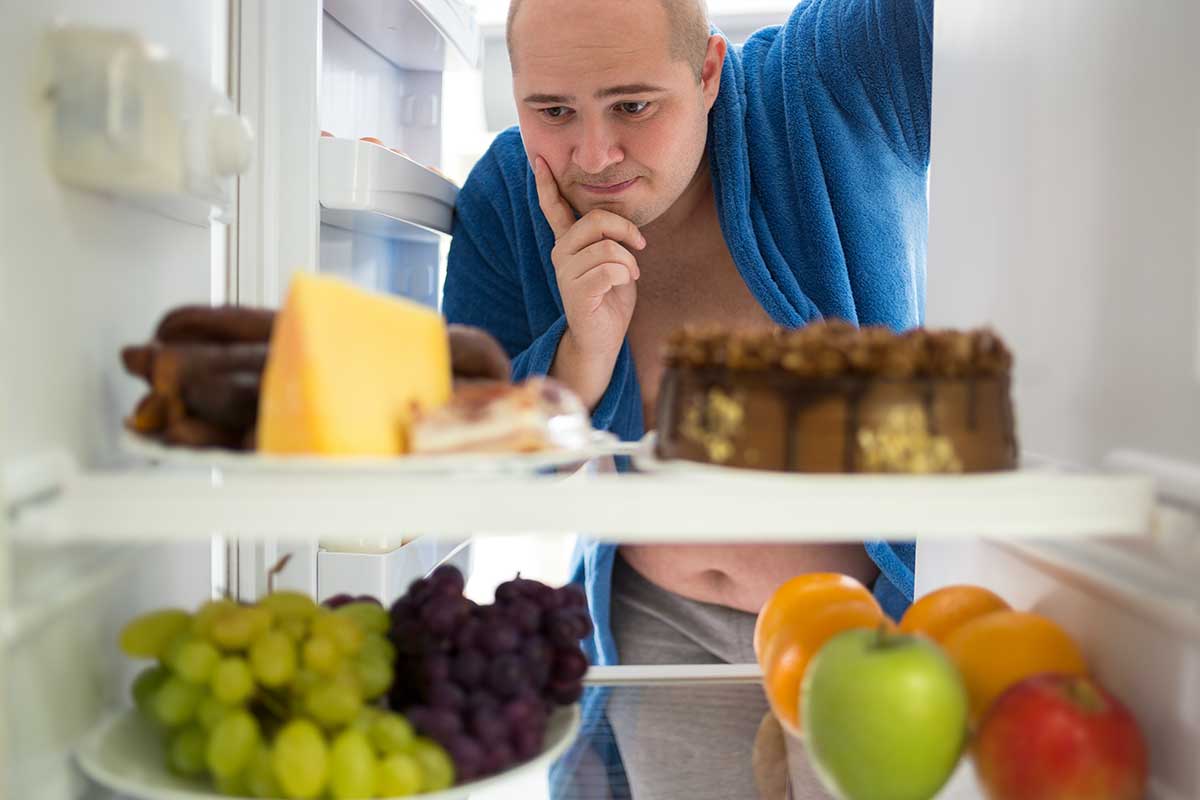 Intuitive eating, sometimes referred to as mindful or even soulful eating, was largely inspired by the loop of following one restrictive diet after another in between relapses of overeating and weight gain. Marc David, founder of the Institute for the Psychology of Eating, teaches that mindful eating is all about being present to what your body needs rather than depriving it. As David points out, more than 98% of Americans who go on diets regain that weight within two years. If diets actually worked, he posits, wouldn’t they have have worked better by now?

This doesn’t mean that mindful eating doesn’t have any rules; it’s just that its rules are more psychological than a hard and fast list of what not to eat. Its tenets include rejecting societally influenced ideals about a perfect body, giving up the notion of good or bad foods, and respecting your needs by feeding rather than starving your body, which may, in turn, diminish the reflexive overeating that happens when you deprive it for too long. Weighing food, counting nutritional macros, and using body weight as a primary indicator of health is the opposite of the theories posited by intuitive eating. Not only do followers feel that those tactics make us miserable but they also contribute to the failure of diets to work.

David also emphasizes slowing down while eating and drawing on more mindful habits. “Being aware, noticing, tasting your food, experiencing the food, noticing your body, and being alert to the details of your meal as opposed to focusing our energy and attention on the computer or the cell phone or driving your car. Mindfulness is all about doing the thing that you’re doing.” 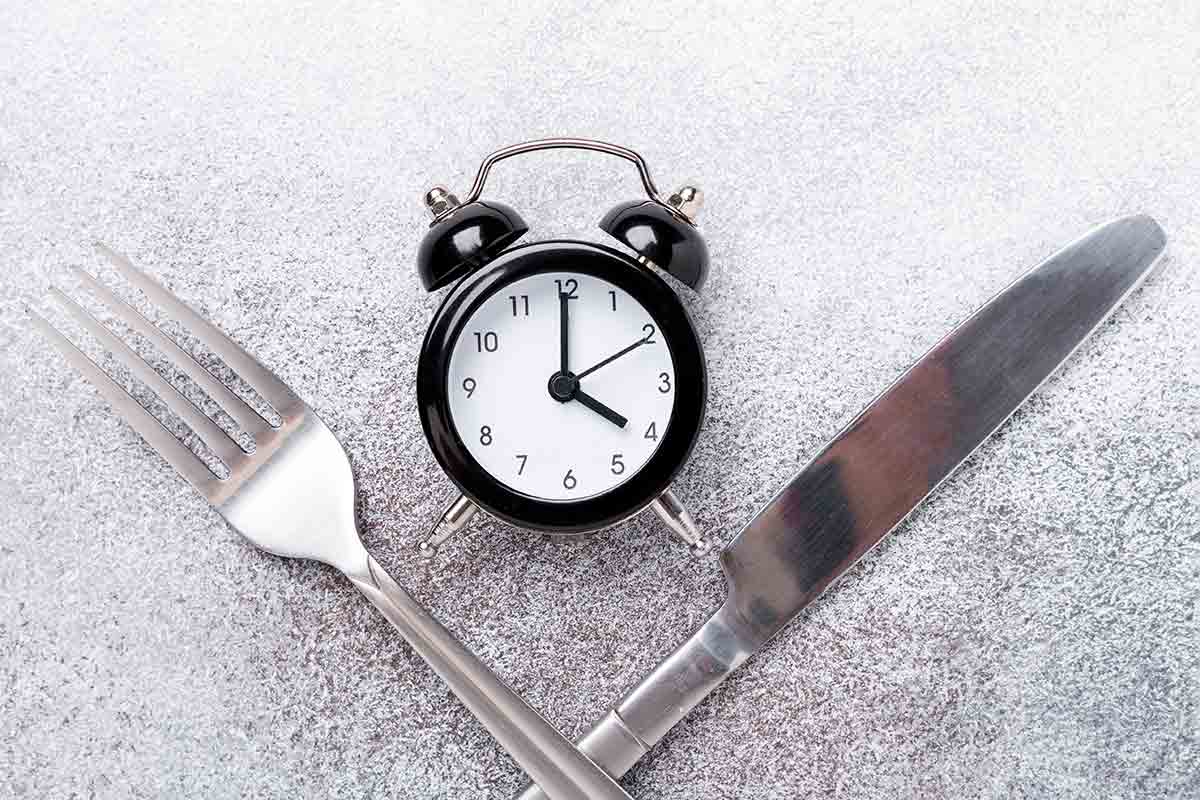 Intermittent fasting works by giving our bodies time to use up the energy stored in our cells as sugar before it gets stored as fat. That’s a very rudimentary explanation for a complicated process, but the basic idea is with intermittent fasting, you only eat during a specific time period. There are several ways to do intermittent fasting, but they’re all based on the idea of a scheduled routine of eating and fasting. “Fasting for a certain number of hours each day or eating just one meal a couple of days a week, can help your body burn fat. And scientific evidence points to some health benefits, as well,” according to John Hopkins Medicine.

While there isn’t a list of restricted foods, adherents are cautioned against going overboard during their non-fasting times. Like intuitive eating, users are encouraged to take pleasure in eating well and focusing on nutritious food. Johns Hopkins dietitian Christie Williams, M.S., like most nutrition experts, regards complex, unrefined carbohydrates such as whole grains, leafy greens, healthy fats, and lean protein as your best bets during those eating hours. 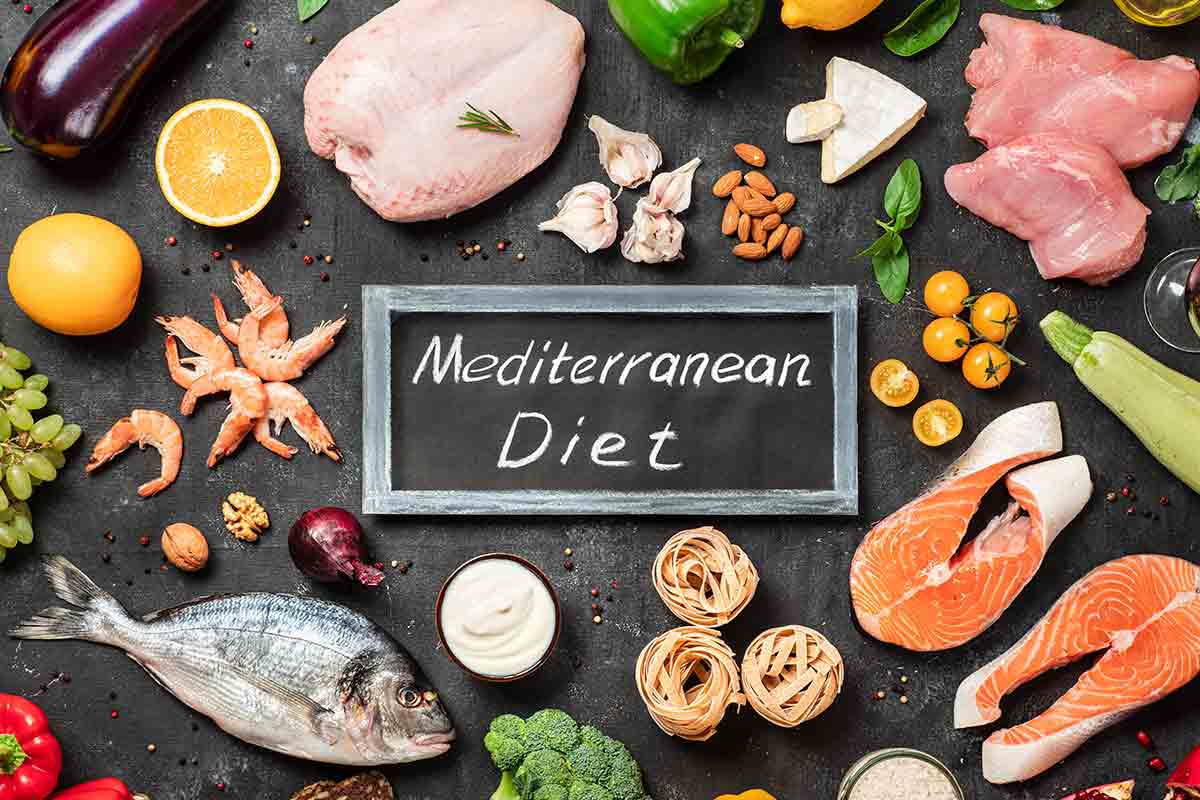 There are 16 countries surrounding the Mediterranean Sea, so there’s no such thing as a textbook “Mediterranean diet.” Yet there are similarities among those cultures’ approach to eating, including an emphasis on vegetables, fruits, grains, legumes, and healthy fats. Also, they tend to eat communally. The mere act of sitting down to eat with others can elevate your mood and provide some of the pleasure we often tend to seek from food. It can also help control your portions if you’re doing more chatting than shoveling. And, with a glass of red wine a day, we’re feeling more leisurely already.

Like the other diets on this list, Mediterranean eating discourages processed and fast foods. The basis of this eating style, based on the eating habits of the longest living adults in the region, is veggies, legumes, and fruits. Also included, in modest amounts, are healthy fats, nuts, and grains. Fish, eggs, and dairy are encouraged a few times a week, while red meat and sweets should be limited to once a week or so. The best news? Because this is a lifestyle and not a diet, the focus, as with intuitive eating, is on eating well and taking pleasure in it. Look for inspiration from Italy and Greece as well as Spain, Turkey, Lebanon, Israel, and Morocco. Who wants to live to 100 if you have to eat celery and cabbage all day?!

Don’t just take our advice. Please consult your physician before taking on any new approach to eating, especially one that asks you to eliminate eating still-warm cinnamon rolls on the sofa while wearing your baggiest sweats.