Skip to content
Home » Articles » What Qualifies as a Taco?

Many of us don’t consider what qualifies as a taco beyond the most recent iteration we experienced (and want to experience again). And yet, as chef and cookbook author Danny Mena explains, perhaps everything in Mexican cuisine is, at least in spirit, a taco. 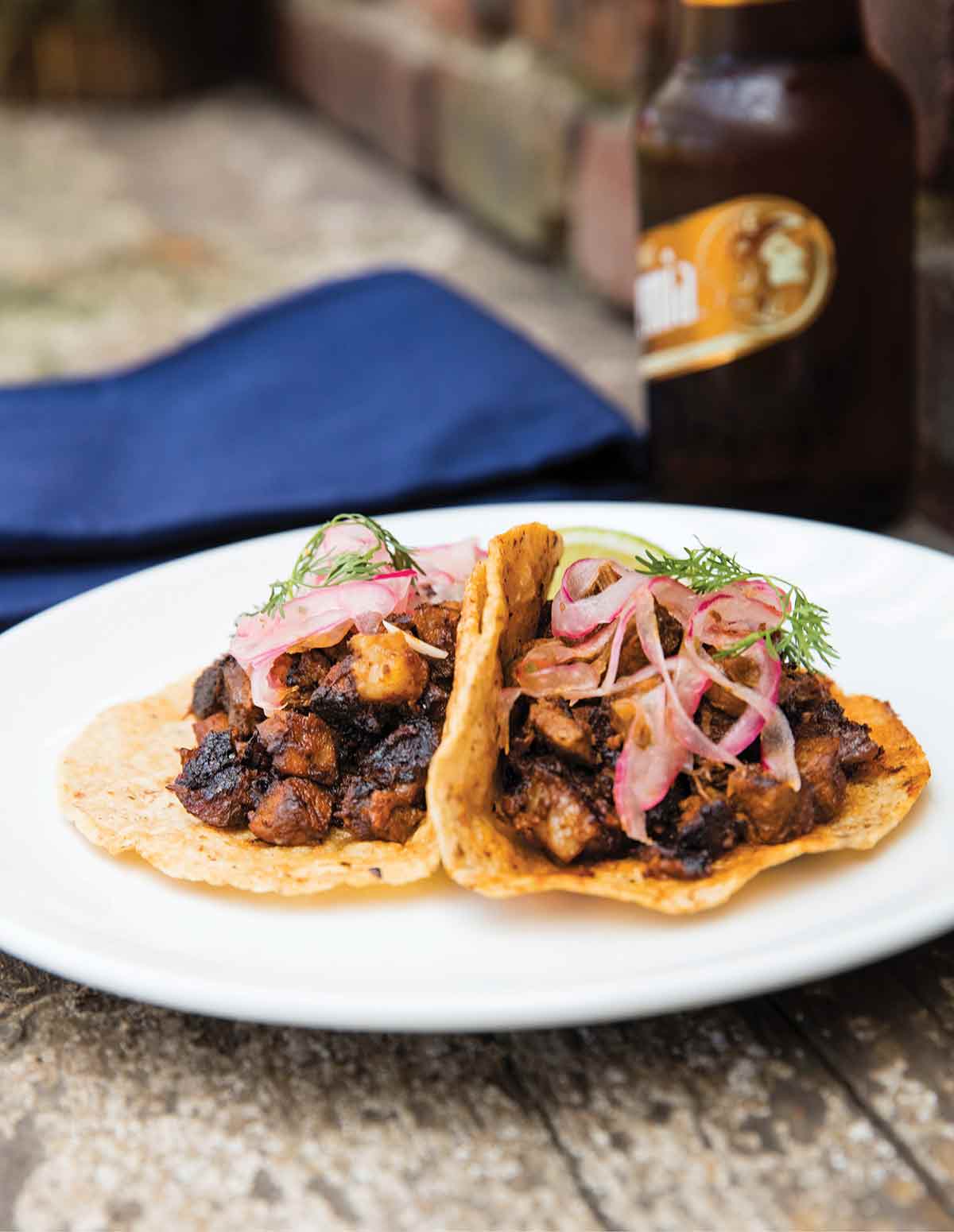 Americans have, over the decades, co-opted the concept of taco. And while we think we have an appreciation for what it is, our understanding of this term may be far more limited or fragmented than the food form—or art form, if you will—was ever intended. We were elucidated about this when we read Made in Mexico by chef Danny Mena, who took many lessons about food and life from his formative years in his native Mexico. Here, Mena explains the truth behind tortillas as much more than we imagine.—Renee Schettler

There’s no agreement among scholars as to the etymology of the word “taco.” It only appeared in print, in the culinary sense, starting in the late 1800s. The reason is, of course, that Mexicans have been eating food on or in tortillas since they invented the process of nixtamalization, which allows dried field corn to be ground into easily digested tortilla dough. Every indigenous language in Mexico has several words for tortilla, but until the advent of restaurants serving foreign cuisines and the codification of native dishes, there was little need for a word that simply implied “eating.”

Still today, I believe that almost all Mexican food is intended to be eaten as a taco. All the antojitos in my book are versions of tortillas with fillings or toppings: you can think of a tostada as a flat taco, a gordita as a fat taco, a tlayuda as a giant taco, etc. But most Mexican dishes end up as a taco. A few obvious ones are carnitas, barbacoa, or chamorro, which are usually served on a platter with tortillas and garnishes para taquear —i.e., to be taco-ized—and sometimes served as premade tacos.

Yet if you think of any Mexican entrée, from simple grilled fish to decadent saucy moles, they are always served with tortillas, to be used as a sort of edible spoon. Even ceviches and aguachiles are served with tostadas or saltines. In the breakfast realm, enchiladas are wet tacos, huevos rancheros are open-faced tacos, and even scrambled eggs end up in tortillas with salsa.

In a very stratified society like that of Mexico City, tacos are a great equalizer: no one is “above” scooping food into a tortilla and eating it with their hands, even at the most exalted restaurants. By all means, you can serve any dish on a plate with a knife and fork and no tortillas in sight, but you’d be losing part of the soul of Mexican cuisine.