Skip to content
Home » Writings » He Said, She Said » Computers or Cookbooks in the Kitchen?
Shares26PinShareTweetYummlyShare on FlipboardEmailHeart this post

Should you be cooking from your computer or your cookbook? David and Renee offer their opinions. (And don’t forget to let us know which medium you prefer…) 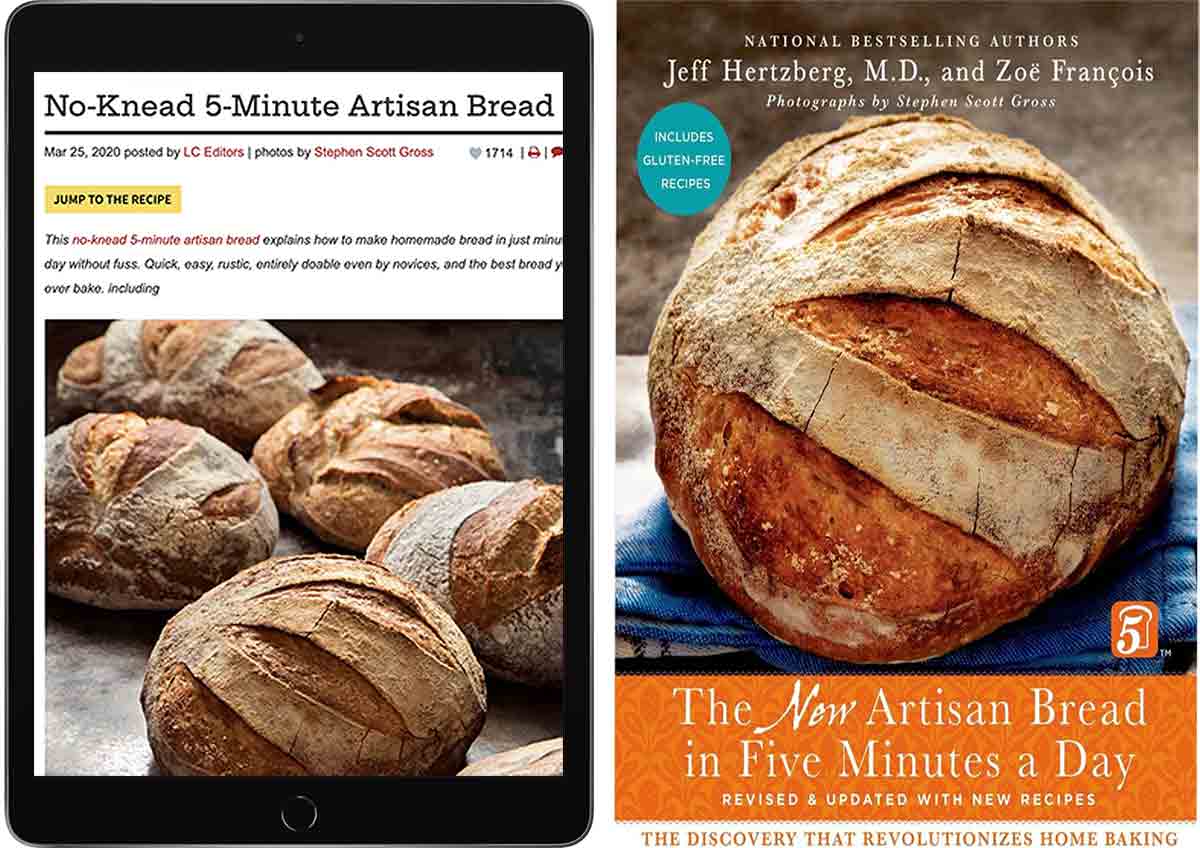 Come into our kitchen and you’ll find cookbooks gracing it. About three dozen of them tucked away on two shelves along one side of the cooking island, their bindings perfectly even (thanks to a ruler I frequently nudge up against them). But they’re cooking eunuchs, nothing more than decoration, as if we were selling the house and wanted to convey subtley to potential buyers the domestic pleasures awaiting them in those pages. The motherlode of books are found far away from the UXBZ (unexploded bomb zone) of the kitchen: In CT, that would be my writing studio, and in NYC, the dining room. Plainly put: No sauces, tomato stains, or grease smudges will ever deface my books.

So it’s curious that my laptop, which cost me three times my monthly mortgage, is what I bring into the kitchen when I cook.

For me, comprehensiveness trumps logic. I know I should keep the computer miles away from the stove and my preternatural clumsiness. (I won’t even eat near my computer during the day.) But I just can’t stay away from everything the Internet has to offer while cooking. It’s like having my own personal Schlesinger Library’s Culinary Collection in my kitchen.

Whether you like it or not, just about any recipe you want to make from just about any cookbook is online somewhere. (Me, I like it.) And I like having Leite Brain—what I call my laptop—handy because I rarely cook from just one recipe. I pull from three or four at once, and the last thing I want is piles of books on the counter. Plus I oftentimes cook from this blog but am curious how other sites and blogs whip up, say, gougeres or bavette, so I browse. And soon enough, I’m lost in that great, wonderful, frustrating worm hole of cyberspace. Along the way I pick up a few tips from Michael Ruhlman here, a video from Mark Bittman there, and sometimes even a new idea for tomorrow’s dinner.

Then comes the ritual of the printing of the recipes and the taping to the cabinets (something The One hates, because I once pulled off paint when ripping them down after a particularly frustrating dinner). After the kitchen is kitted out, the computer isn’t out of reach—I never know when I might need more info, want to catch up on the latest episode of “Desperate Housewives” while onions sauté, or reply to Momma Leite, who likes to e-mail during the early evening.

What can I say, I have cooking ADD.

Of course, Leite Brain’s being in the line of fire (sometimes literally) has prompted me to jury-rig it for safety. First, I never have it next to the stove, anymore. We won’t go there, but suffice it say that I have a new laptop. I also cover the keyboard and screen with plastic wrap—kind of a giant computer condom protecting it from all kinds of nasties.

Now, the one place I never hesitate to bring my beloved books is the bedroom. There I luxuriate in their words and pictures and sometimes even fall asleep with a pile at my feet. I don’t know what that says about me or my relationship, but we’re not going there, either.

If you could see the state of my cookbooks, you’d understand why I don’t take my laptop into the kitchen.

It’s not that I’m intentionally careless. Or that my cookbook collection is terribly mistreated. It’s that I’m not the type of cook who can maintain the books in just-off-the-shelf condition. I’m prone to what someone once described as “Seussian stacks” of teetering pots and pans everywhere when I cook. Chopping boards balance over the kitchen sink. All four burners blast at the same time. The narrow ledge outside my former Manhattan window oft doubled as a makeshift cooling rack. Guests have been known to duck and dive, but for me, there’s a rhythm, albeit an occasionally discordant one.

In the midst of this juggling act, whether I’m testing as many recipes as I can at once or simply making supper, there isn’t a lot of time to be prissy about things like splashes and drips and splotches. If there’s a lull in the cooking while something roasts or braises or marinates, fine, I’ll be careful. Otherwise, prissy attendance to Mr. Clean-like standards of cleanliness would just be one more thing to do while I’m juggling more important stuff.

Just ask David. The last time—and I do mean the last time—he loaned me a cookbook, I set it safely outside the kitchen. One stray, damp thumbprint was all it took to give away my tendency to get lost in the kitchen moment.¹ I wouldn’t dare take my electronics into that fray.

Nor would I want to, practicality aside. You know how they say to use your bedroom only for sleep and, well, you know? I feel the same about my kitchen. I don’t want to be tempted to read emails while my eggs slip tragically from perfectly sunnyside up—yolks runny, please—into hardened mediocrity. I don’t want to interrupt everything to post 137 self-deprecating characters and a photo about the incident. Laptop or iPhone as resource? Without a doubt. But not when I’m in the throes of cooking. I already did my homework, sussing out an ingredient substitutions or summoning an online explanation for a technique before I stand facing the stove. If something comes up in the moment, I’ll deal with it. When I’m in the kitchen, it’s time to cook. Anything else is a distraction and messes with my mojo.

So the closest my delicate, Meyer-lemon-averse Mac gets to the mess—and I to its distracting charms—is a schoolhouse chair just outside my galley kitchen. With the volume on Spotify cranked, I can ponder deep thoughts from “All Things Considered” or croon off-key to Ella while otherwise considering all things cooking-related.

Perhaps the most efficient use of technology in the kitchen for me? Probably to photocopy a recipe in order to keep a book out of harm’s way. Still, that wouldn’t be the same. I’m a sucker for the sentient pleasures of cooking from a book. Which sorta explains why my cookbooks are a mess in the first place. I need the soothing white space around the edge of the page in order to dance a duet with the ingredients in my imagination. I revel in those idle moments while waiting for a stock to burble so I can linger and lose myself in lyrically written headnotes by, among others, the late Judy Rodgers.

They’re not just cookbooks. They’re scrapbooks of sorts. Telltale translucent stains from melted butter both grease and grace my mom’s decades-old binder of go-to recipes. I continue her legacy with a blemish here (a smear of cilantro that escaped from a Peppercorn-Coriander Root Flavor Paste) and a batter-splattered page there (the incomparable Laurie Colwin channeling Katherine Hepburn’s brownies in a decades-old issue of Gourmet). Though the almost-reformed perfectionist in me sometimes cringes, I don’t mind the splotches that shout out those memories, taking me back to memories of meals I’d never otherwise recall had those pages been seen onscreen. I don’t mind them at all. Originally published March 15, 2010.

¹Okay, a single watery fingerprint would be fine. But I could tell which recipe she tested by looking at the side of the book. The page was so wavy, it looked like an EKG readout.—David

Mein kinder: Do you bring your computer or cookbook into the kitchen? And why?

Tell us below in the comments.

© 2020 David Leite and Renee Schettler. All rights reserved. All materials used with permission.