Hot cross buns are traditional, old-fashioned buns that are slightly sweet and incredibly tender thanks to the inclusion of milk and eggs in the bread dough. Commonly served on Easter.

Traditionally sold in bakeries on Good Friday for Easter, hot cross buns are diminutive rolls made from a rich, slightly sweet dough that’s dotted with currants and marked with a sweet icing cross. Although once you realize just how lovely these are, you may find yourself baking them at home all year long.–Renee Schettler Rossi

What Is The Significance Of Hot Cross Buns?

According to author and baker Amy Scherber, in the pre-Christian era, hot cross buns were served to honor the goddess of spring. Later, the cross was cut in the top to symbolize the significance of Easter and the cross in Christian religions. They’re traditionally sold at bakeries on Good Friday and the next day for Easter Sunday breakfast to break the Lenten fast. Although once you’ve made them, you’ll want them year round. 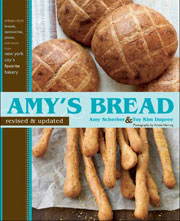 I, like the rest of the world, am presently homebound. And I am very fortunate to have a well stocked pantry. Well stocked enough that I was able to make the hot cross buns without issue. I spent Saturday making them. And Jay and I managed to eat all of them by Monday afternoon!

Fresh out of the oven, they are magnificent! The next day if you do not toast them, they are pleasant. However, if you split them, toast them in a skillet and serve with butter and jam, you get straight back to magnificent!

They are petite. Which I like. Giant pastries seem vulgar to me. And while there is a lot of sitting and waiting with this recipe (as with any enriched dough, really), they are a. worth the wait, and b. really a simple recipe. The dough was indeed quite soft. But totally manageable. I didn't need to add more water. It took me closer to 12 minutes to get smooth pliable dough that would pass the window-pane test.

The instructions for forming the balls were on point! I will note that I have always had hot cross buns where you pipe a flour paste during the baking to form the cross, not frosting. But I see that my local supermarket does the frosting kind. So I guess they are both a thing. The only criticism I would have is I found the frosting entirely unnecessary. Not unpleasant. Just unnecessary.

Spicy, sweet, and fruity best describes these hot cross buns. Their taste is irresistible, their texture is light and tender.

As mentioned in the recipe, the yeast dough is very sticky. I thought it was too doughy to handle at first and added an extra 2/3 cup flour to form a tighter ball of dough. This addition helped absorb some of the moisture in the dough and allowed it to pull away from the bowl so I could knead it into a smooth ball. It proofed perfectly.

After the first rise, I scaled 2-ounce pieces of dough and ended up with 21 buns. They baked up nice and plump in about 15 minutes and yielded a soft, golden brown crust that was studded with currants.

The frosting mixed up easily and was neither too dry nor too fluid. I used a small pastry tip to pipe the hallmark cross on each bun, which added just the right amount of sweetness to help round out the flavors.

These hot cross buns are a must-have for breakfast or brunch on Easter morning, although I’ll take them any day of the week.