Pecorino and bean salad, from Giada de Laurentiis, is an upgrade from the traditional green salad. Filled with green and cannellini beans, rosemary, parsley, and loads of pecorino Romano cheese, it’s more filling than those leafy green salads, too.

A classic example of the types of salads you’ll find in Italy, this is so easy to throw together and more impressive than the usual mixed green salad. Depending on the region, the type of cheese may differ. I love to nibble on chunks of pecorino as I make it.–Giada de Laurentiis I love this pecorino and bean salad because it's chockful of flavor but it's also a little more filling than a basic green salad. Pecorino Romano is one of my faves, too. Use more, if you're so inclined.
Giada de Laurentiis
Prep 20 mins
Cook 5 mins
Total 25 mins
Salad
Italian
4 to 6 servings
262 kcal
5 from 1 vote
Print Recipe 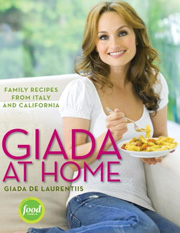 This is a simple, quick, and delightful salad. The aroma of the garlic and rosemary warming in olive oil will have everyone eagerly waiting for this dish to make it to the table. The fresh tastes of parsley, rosemary and green beans brighten the earthy cannellini beans and go splendidly with the salty bits of cheese. Served over mesclun or other salad greens, this would make a filling vegetarian main course.