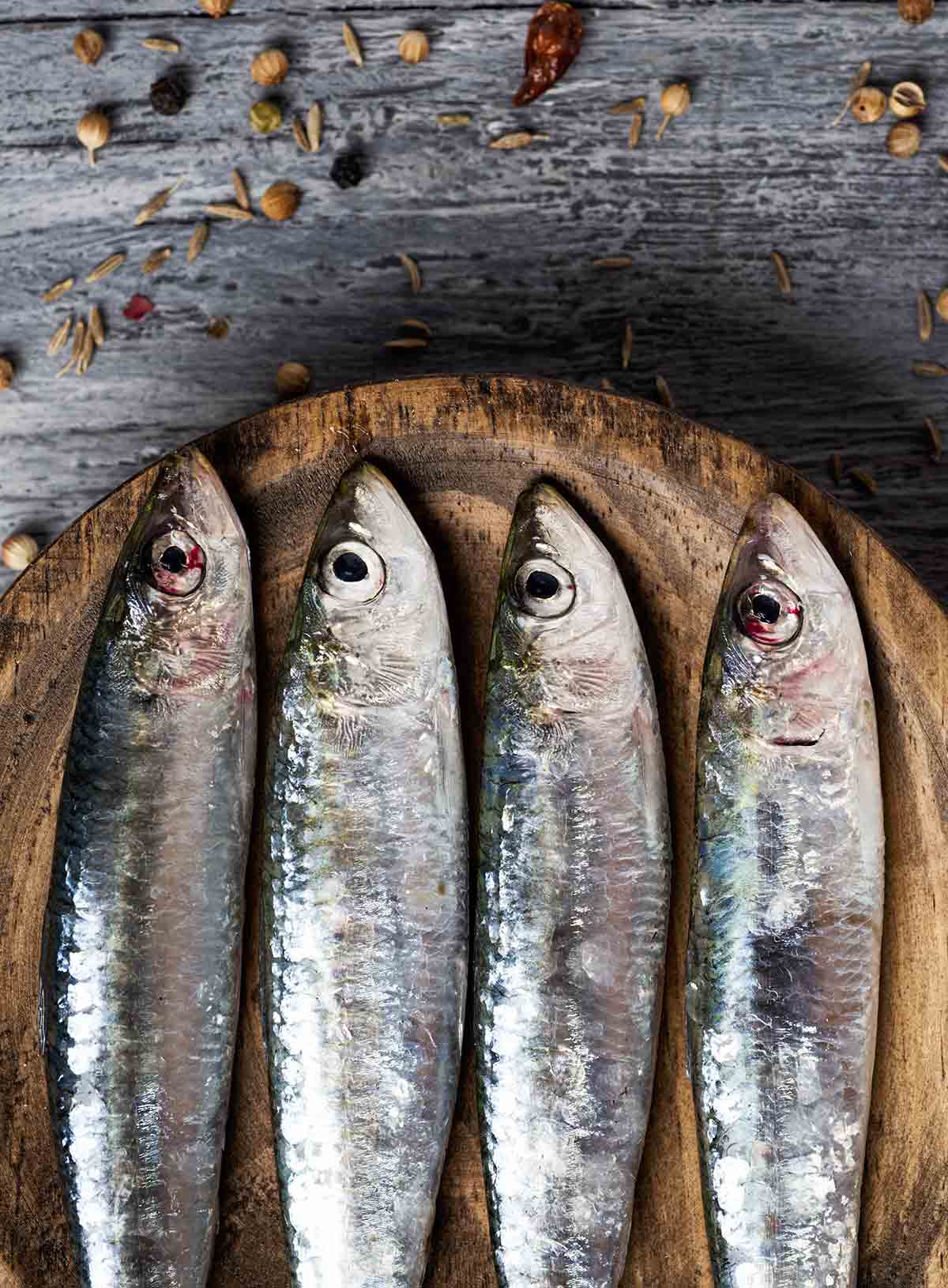 Ingredients at hand, my 83-year-old mother was all set to teach me how to prepare sarde a beccafico, a Sicilian specialty made from fresh sardines stuffed with pine nuts, pecorino, raisins, and parsley that’s traditionally rolled and arranged tails up so they resemble the garden warblers for which they’re named. I’d wanted to claim my culinary heritage by learning my mother’s technique for a favorite family dish. But first, I was determined to try the clock test, a measure I came across online that purportedly determines a sardine’s freshness.

When I mentioned this to my mother, she sighed. Raised on sardines pulled from Mediterranean waters less than a mile from her childhood home, she’d never heard of such a thing. She could tell just by looking at their moist bodies and glistening eyes that the sardines were fresh. “Can we just start preparing them?” she muttered in her native Sicilian dialect.

Absolutely not, I insisted. Early that morning, before driving to my parents’ home in North Bergen, NJ, I’d driven 15 miles to the Portuguese district of Newark, known as the Ironbound, to snag the freshest sardines I could get on land.  The Ironbound is Sardine Central.

Two to three times a week, a jet leaves Lisbon for Newark with silvery fresh sardines snared off the Portuguese coast near Nazaré, a postcard-pretty fishing village on the Atlantic. They’re then imported by Julio Pereira of the Ironbound’s Ideal Fish Market and delivered to Popular Fish Market, a mere two-minute drive away. Al Nata, who’s been selling fish at Popular for some 40 years, told me his sardinhas had been caught “maybe one day before—that’s it.” My mother’s local fishmonger, on the other hand, is less than a mile from her home. But he trucks sardines in just once a week. 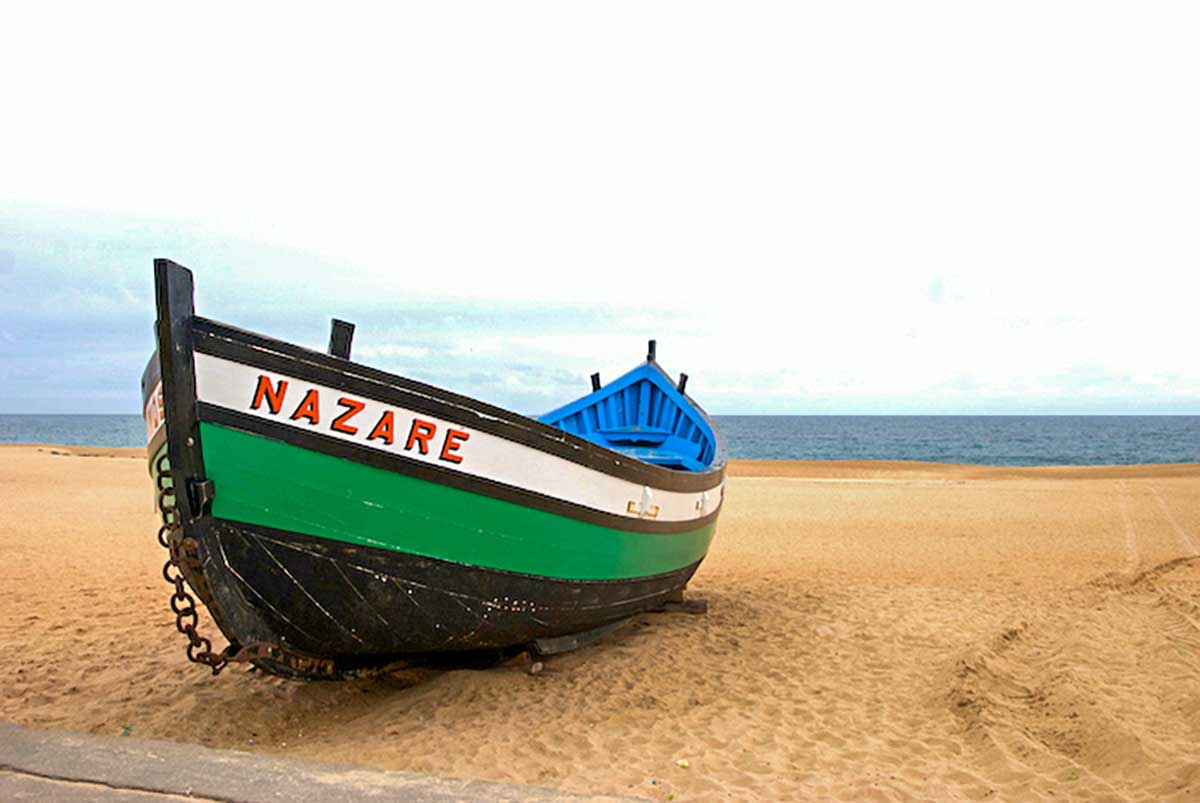 When truly fresh, sardines have the richness of tuna but with a sharper bite. Those not blessed with a Mediterranean palate may find them tough to swallow—especially if they’ve been brought up on mild cod fillets and wan cocktail shrimp. Though not my experience, I’ve seen enough cartoons to know that in the average American thought bubble, sardines equate to cat food.

Nata’s sardines may change some minds. From June through mid-September, they’re at their plumpest and most compelling. “They carry that special oil,” Nata says. “You lay them on the barbecue and the flame comes right up. You can smell them five blocks away.” It’s an aroma, recalls Pereira, that sent most Americans running in the opposite direction when he arrived in the U.S. from Portugal in the early 1970s.

The preference for summer sardines is so strong in Portuguese circles that come mid-September, most of Nata’s customers switch to those that have been flash-frozen in season rather than make do with the fresh but skinny sardines that populate seafood counters the rest of the year, save for a window from December through mid-January when they’re once again pleasingly plump.

Part of the reason sardines are so stout is that they’re brimming with obscene amounts of the much ballyhooed, heart-healthy, inflammation-fighting omega-3 fatty acids, which also are responsible for sardines’ distinctive flavor. In addition, sardines contain copious amounts of calcium, vitamin B12, and certain trace minerals. There’s even a sardine diet, touted as “The secret to losing weight, fighting disease, and staying healthy for life!” by the book of the same name.

The tide of health consciousness has been stoked by the sardine’s stellar sustainability quotient, which has landed it on the Monterey Bay Aquarium’s coveted “super green list.”

And because sardines subsist largely on plants and not other fish, “they don’t accumulate mercury, PCBs, and all those nasties,” says Barry A. Costa-Pierce, director of the Rhode Island Sea Grant Program in Narragansett and a fisheries professor at the University of Rhode Island in Kingston. “They’re grazers,” he says, just as he was about to pop open a can of sardines for lunch. “Aquatic cows grazing on plankton.”

Aficionados note a distinct difference between the taste of the western European sardine (Sardina pilchardus) and the western American sardine (Sardinops sagax). “They’re not as fatty,” Costa-Pierce says of the latter. “They’re just different. You’re actually tasting what they eat: the lipids and fatty acid components of the plankton of those areas.”

And therein lies the catch. In Portugal, Sicily, and other sardine-loving lands, the fish’s flavor is regarded as paramount. In the States, it’s viewed as something to be tolerated along the way to wellness, if at all. When I attended a tony launch party at Nisi Estiatorio, a Greek seafood restaurant in Englewood, NJ, I was dismayed to see editors from a leading food publication turn up their noses at chef John Piliouras’s pan-fried bite-size portions of sardines on Greek country bread.

Six months later, I treated my Sicilian-born father to an 88th birthday lunch at the same restaurant. My father doesn’t particularly enjoy eating out in restaurants because he’s used to fine food in the comfort of his own home. But this meal did his heart as much good as it did mine. He zestily devoured a plate of six whole grilled sardines that were brushed, Greek style, with latholemono, a lemon-and-olive-oil emulsion. He proclaimed them cooked “a perfezione.”

Just about every seafaring culture has developed a way to cope with or complement sardines’ assertive flavor. The Japanese rely on miso, soy sauce, salt-curing, or sake to temper the brash bite. In Galicia, sardines seasoned with garlic and onions are smothered in tomato sauce and hidden within empanada dough. In Venice, they’re fried alongside artichoke and fennel wedges. In Calabria, sardines are dressed in a sauce of mint, lemon zest, garlic, and vinegar. In Liguria, they’re baked amid a tangle of sautéed beet greens. In Sicily, they figure not just in sarde a beccafico, but in the island’s signature dish, pasta con le sarde, which is bucatini dressed with a mixture of sardine, sultanas, saffron, pine nuts, and wild fennel. In fact, island lore boasts that Winston Churchill repeatedly returned to Taormina as much for that dish as for the view. Sardines are also fancied in the British Isles, where Cornish and Devon fisherfolk bake them into stargazy pie, positioning the sardines so their little heads poke up around the edge of the crust.

But for purists, nothing beats the classic Portuguese treatment: whole plump sardines grilled with just a sprinkling of sea salt, eaten with their hands and accompanied by a glass of hearty vinho and a hunk of cornmeal broa to sop up the excess juices. Americans would do well to hold the burgers and instead toss a few sardines on the grill. There’s no time like summer to get them while they’re fat and fresh.

The morning of my clock test, I picked up a sardine by its head. I explained to my mother that I’d be able to tell if it was fresh by relating the angle at which its body flopped to the face of a clock. Anything between 12 and 3 o’clock was considered acceptable. Another sigh. My mother’s eyes directed my attention to the fish in my hand. It hadn’t moved. At all. Each of the others proved equally firm. Transfixed at the stroke of 12, all of them passed the clock test with flying colors—not bad for a batch of fish that had flown over the same ocean from which they’d been plucked. “See? They are really fresh,” I said.

My mother, on the other hand, didn’t say a word. She didn’t have to. Her eyes chided “I told you so,” loud and clear.

Mary Ann Castronovo Fusco has been writing about food—although not usually sardines—for more than 25 years. Her focus is on Italian cooking and the New Jersey farm scene. She is also a local editor for the Zagat guide to New Jersey restaurants. You can find more of her writings at www.macfusco.com.