This cinnamon gelato has subtle warmth and fragrance from the addition of cinnamon and vanilla to a classic egg and cream gelato base. 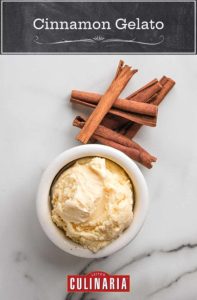 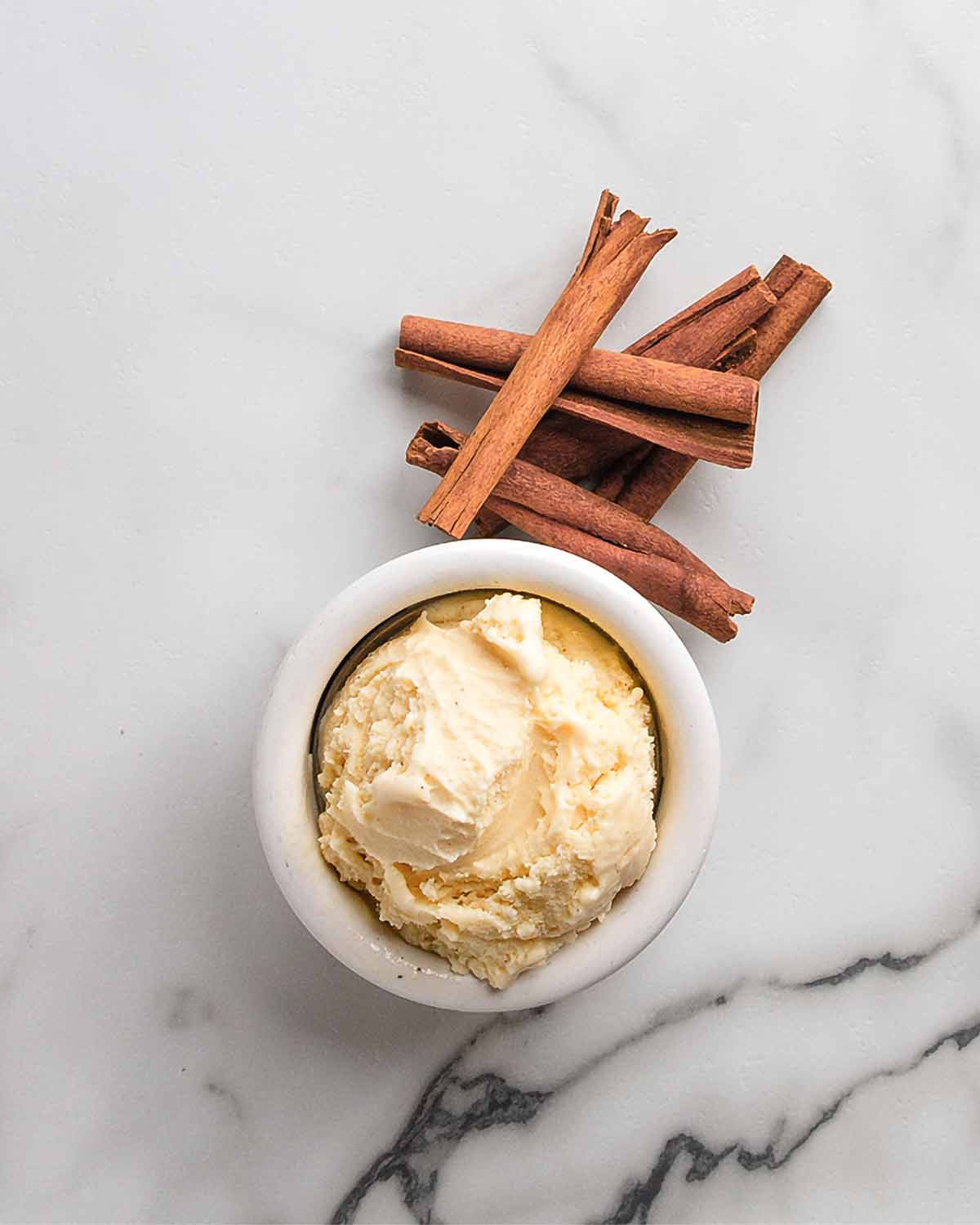 Cinnamon is the solo act in this sophisticated but simple gelato. Make sure to use fresh cinnamon (replace your jar if you’ve had it for more than six months) to take full advantage of its sweet, warming flavor and aroma. We favor cinnamon from Indonesia for its intense red color and delicate flavor, but slightly sweet Ceylon cinnamon (also known as “true” cinnamon) or the stronger Cassia cinnamon, which you’ll often find just labeled as “cinnamon” in this country, will also work well.–F. W. Pearce and Danilo Zecchin

What's the difference between gelat and ice cream?

Gelato starts out like American ice cream, with an eggy custard base, but has a higher proportion of milk. It generally has less cream and eggs (occasionally no eggs at all). The lower amount of cold fat really helps to make the ingredients stand out, which is why gelato is often more intensely flavored than ice cream. 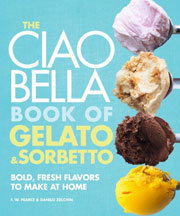 In a heavy-bottomed saucepan over medium-low heat, combine the milk and cream and cook, stirring occasionally so a skin doesn’t form, until tiny bubbles start to appear around the edges and the mixture reaches a temperature of 170°F (77°C).

Meanwhile, in a medium heat-proof bowl, whisk the egg yolks until smooth. Gradually whisk in the sugar until it is well incorporated and the mixture is thick and pale yellow. Temper the egg yolks by very slowly pouring in the hot milk mixture, whisking continuously.

Return the custard to the saucepan and place over low heat. Cook, stirring frequently with a wooden spoon, until the custard is thick enough to coat the back of the spoon and it reaches a temperature of 185°F (85°C). Do not bring to a boil.

Pour the mixture through a fine-mesh strainer into a bowl. Let cool to room temperature, stirring every 5 minutes or so. (To hasten the cooling process, place the bowl of custard in an ice bath and stir until the custard has cooled.) Once completely cooled, cover and refrigerate the custard for at least 4 hours or overnight. Originally published June 09, 2010.

Gently whisk the vanilla and cinnamon into the custard. Pour the mixture into the container of an ice cream maker and churn according to the manufacturer’s instructions. Spoon into an airtight container to chill for at least 2 hours before serving.

For some reason, I thought gelato was much too hard to make at home. It turns out the hardest thing is separating the eggs. Yes, it’s rather time consuming—making the base custard can be a slow process thanks to slow heating and even slower chilling—but it’s worth it. This cinnamon gelato is rich and creamy, brimming with spicy cinnamon. I’m already making up excuses to make this again.

Creamy and delicious, with loads of cinnamon flavor! These are easy-to-follow steps, but keep a watchful eye while the milk and cream simmer, and later when you add the egg yolks. I might add another 1/4 teaspoon of vanilla to pump up that flavor note, but otherwise, I didn’t alter the recipe.