With its crown of glistening sugared berries, tart lime filling, and crunchy meringue base, this dessert looks like it could have come straight from a tony Paris pâtisserie.–Tish Boyle 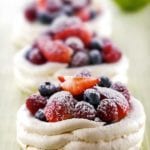 Simple and fresh. Crisp/chewy meringue cups are filled with a to-die-for lime cream and then topped with raspberries, blueberries, strawberries, and red currants. Pierre Hermé has nothing on you.
Prep 1 hr
Cook 2 hrs
Total 3 hrs
Dessert
American
6 cups
436 kcal
5 from 1 vote
Print Recipe 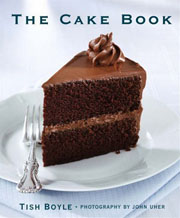 For the lime cream

For the fruit topping

The meringue shells can be made up to five days ahead and then filled and garnished a few hours before serving.