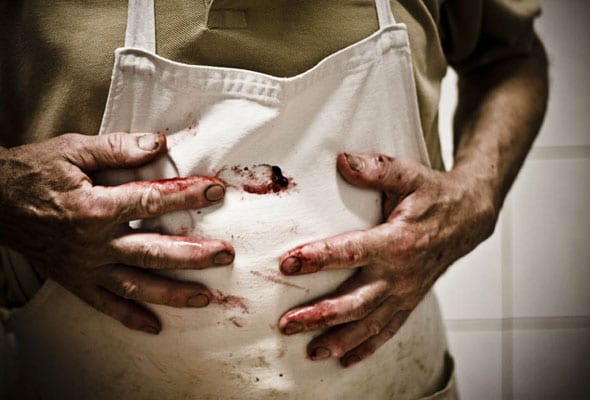 I grew up in the counterculture of Northern California in the 1970s, with all the cliches that brings to mind. There were long-haired hippies and VW vans and massage tables and hot tubs. There was also a lot of bad food. At least I thought so.

My family did our grocery shopping in funky little health food stores that smelled like vitamins, musty and virtuous. The bulk bins held date sugar, carob chips, and dried fruit. The cookies were sweetened with honey or rice syrup, and the well-meaning loaves of whole grain bread could have done double duty as doorstops. In these stores you could buy all the tofu you wanted, but for a pound of chuck you had to go elsewhere.

There was a tub of miso in our refrigerator, bottles of soy sauce, and packets of seaweed. This might have been understandable had we been Asian, but we weren’t, so it was mostly just odd. A neighborhood playmate once saw the block of tofu floating in a bowl of water in the fridge and asked why we were soaking our cream cheese.

At dinnertime our plates were filled with vegetables, either steamed or stir-fried, served plain, without even salt. Salads were topped with a distressing amount of alfalfa sprouts, which grew in glass jars on the sunny kitchen windowsill. My brother and I had fun at the table, letting tangles of sprouts hang from our mouths and pretending we had beards. Nothing escaped the addition of alfalfa sprouts. It didn’t seem to matter how (bad) something tasted as long as it was good for you.

When I went to play at the homes of neighborhood friends, I was introduced to a whole new world filled with potato chips and white, fluffy loaves of bread. In the summer my friends ate dishes of Jell-O that sparkled like gemstones and sucked on bright tubes of frozen sugar water called Otter Pops. During a sleepover at the home of a neighbor, I was served french fries and ketchup for breakfast on a TV tray in front of Sunday cartoons. I had never even imagined anything so glorious.

The neighborhood kids never wanted to play at our house; they said we had no good snacks. I couldn’t argue with that. Our trail mix and Styrofoam-like rice cakes were no match for their Hostess snack pies and neon-orange cheese puffs.

Growing up in such a world, I wanted more—I wanted food that tasted good. At elementary school one day, I stole potato chips out of a classmate’s lunch. I meant to take only one but was woefully unprepared for the addictive nature of the potato chip. The combination of crispy and salty was intoxicating to a kid who had neither. I couldn’t stop, and by lunchtime they were almost all gone. When my theft was discovered, the girl whose lunch I had plundered cried, and I felt awful for making her sad.

By the age of 10, I was doctoring my unfiltered apple juice with squeezed lemon and mint leaves from the garden. By 11 I had started reading cookbooks and planning menus. I was grocery shopping by 13. The family joke is that my brother and I learned to cook in self-defense, but it’s not far from the truth. If we wanted anything more than a monastic bowl of steamed vegetables and brown rice, we were going to have to make it ourselves. We learned how to cook, but it was always vegetarian cooking. At home we ate no meat.

As we got older, my mother allowed us to eat meat outside of the house, in restaurants or in the homes of our friends. She didn’t feel she could dictate her children’s morals. At the same time, if ever we picked a meaty entree off the menu, she gave a small sigh. She wanted us to make our own decisions, but it was clear what her preferred choice was. You don’t spend your entire adult life as a vegetarian without having strong opinions on the matter.

Meat carried with it more baggage than I was prepared to deal with. I’d read Diet for a Small Planet; my mother had given me a copy. I knew the politics involved—the large amounts of water and grain required to produce a pound of meat. There was talk about the environment and humane standards and the rain forest being chopped down to graze cattle. For me it was just easier to give meat a pass. Tofu was much less trouble.

The more involved with cooking I became, the more this posed a problem. My love of good food brought me into a world of passionate cooks, restaurateurs, chefs, and food writers. I listened to them talk about foie gras, duck confit, and braised pork belly—all things I had never tasted.

There is something alluring about eating meat; I’d be lying if I didn’t admit that. My entire life I have felt odd and different, on the outside of mainstream America. I might not be able to tell you what normal is, but I am pretty sure it eats pork chops for dinner.

When not hanging out with butchers and ranchers or pursuing a childhood dream of roaming the pampas plains with Argentine cowboys, Tara Austen Weaver spends her days writing about food, travel, adventure, art, and the environment. Raised vegetarian, she still doesn't understand why there is no chicken in chicken-fried steak. You can follow along with her other musings at TaraWeaver.com.