This bachelor’s jam is a simple French method of preserving fruits in sugar and vodka so that you can enjoy them (and their boozy liquid) long after summer is gone.

In France, this sophisticated manner of salvaging an abundance of stone fruits and extending their season is known charmingly as vieux garcon or, loosely translated, “bachelor’s jam.” It’s simply fruit, spirits, and sugar left to macerate and the flavors left to meld. Something simple enough for even a bachelor to make and, fittingly, to warm the soul on a cold winter’s night.–Renee Schettler Rossi 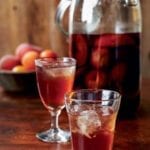 This bachelor’s jam is a simple French method of preserving fruits in sugar and vodka so that you can enjoy them (and their boozy liquid) long after summer is gone.
Prep 30 mins
Rest time 90 d
Total 90 d 30 mins
Dessert
French
24 servings | 1 gallon
167 kcal
4 from 1 vote
Print Recipe 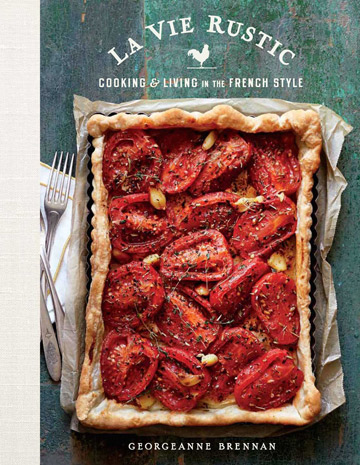 What You Need To Know About Using Youp Bachelor’s Jam

There are no rules here. Let your imagination run away with you…and your spoon. Sip it straight up as an aperitif or add a splash of sparkling mineral water for a little less inebriation Splash a little into a glass Prosecco or gin Spoon the macerated fruit over pound cake and dollop with whipped cream Serve the fruit with a scoop of good-quality vanilla ice cream Use the fruit to make sangria

Little did I know that this recipe would turn into a taste adventure. I started this recipe 4 months ago in February and we ate it in June. I added fruit and sugar to it 7 times and I added vodka only when there wasn’t enough liquid to cover the fruit. Then I let it sit.

I wasn’t sure what I was going to do with it, so it sat in my refrigerator. Then on a hot summer’s Sunday evening, I invited friends over for a last-minute dinner. This was the perfect time to try what had been brewing in the refrigerator for months. I whipped up a pound cake and thought I would serve it on the cake for dessert. When my guests arrived, I told them about the “Orchard in a Jar” and we each had a sip of the liquid to determine if we would like it as an aperitif. We loved it. We drank it straight up, over ice, and one person added gin and ice to his. Although we all thought adding gin was an odd thing to do, we all tasted it and agreed it was great.

I am going to keep adding to this as the summer goes on and serve it when I want to serve something easy and special. I served this to 4 people and have enough to serve at least 8 to 12 more people.

A few weeks later, I added a cup of strawberries and a cup of raspberries. At this point, the fruits were all well submerged so I didn’t add any more vodka or sugar. Then I waited 3 months. I did taste the liquid a few times. In the beginning it was very sweet but as the months passed, there was a better balance between the sugar and the alcohol.

The final yield was 5 cups of liquid and 4 cups of fruit. The peaches, strawberries, and cherries looked the best at the end of 3 months. The nectarines were dark and not super appealing. The blackberries and raspberries were pretty much disintegrated. The number of servings will depend on what you decide to do with the liquid and the fruit. I strained the fruit and so now they’re separated from the liquid. I think the fruits would be nice to serve as a dessert with some whipped cream or ice cream. They could also be added to a sangria or a glass of wine. I made a cocktail with half a glass of the liquid over ice and filled the rest of the glass with prosecco. I garnished with an orange slice. The prosecco and the orange helped to balance the sweetness of the liquid.

I’m sure there are many other ways to serve both the liquid and the fruits, just let your imagination run wild!