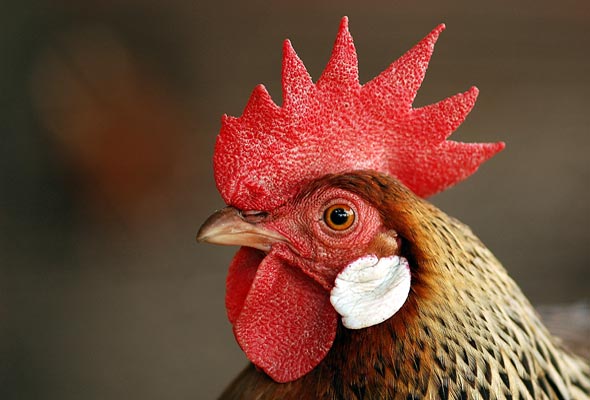 When we received a query from Colleen Flood inquiring about the history of chicken fingers, nothing came to mind except silly jokes about chicken lips and hen’s teeth. After all, chickens don’t actually have fingers, do they?

Many of us have memories of “chicken fingers,” “fish sticks,” and other forms of mystery meat composed of who-knows-what portions of who-knows-what animal’s anatomy. It’s oddly discomforting to know that the United States Department of Agriculture (USDA)-an agency that prides itself on creating lengthy definitions for cuts of meat and, for that matter, just about anything else we might consider consuming-has no definition for anything called “chicken fingers.” The term is clearly commercial in nature, but it’s an interesting story as to when it first appeared-and why.

To answer the first part of the question, we need look back no further than the early 1990s, when health-conscious Americans worried about consuming red meat but didn’t want to give up the convenience foods of which they’d become accustomed. Boneless, skinless chicken breasts seemed like the ideal dinnertime solution.

Now, if you’ve ever skinned and boned a split chicken breast, it probably wasn’t a perfect replica of the uniformly thin, boneless, skinless chicken breasts found in restaurants and in grocery stores. Yours, like mine, was probably thicker and rather uneven, with parts falling off in a most unprofessional manner. The reason for this can be found in the structure of this cut of poultry. A chicken breast is composed of two separate muscles: a large, flat piece, shaped like a longish rounded triangle, and a tapered narrow flap that’s not unlike the tenderloin in beef. In order to fabricate a chicken breast that is tidy, trim, and at an even thickness so that it cooks at the same rate, the two fillets must be separated.

Given that most Americans prefer to have pieces of protein on their plates that are large enough to cut, the larger, triangular portion lends itself more to dinner. But what of the smaller fillets, the tenderloins, commonly known as “tenders”? The savvy answer for chicken producers was not to try to make a dinner portion out of the tenders, but to sell them as something else: finger food.

Americans love to eat casually. Just about anything we can eat with our hands, we do. When someone saw that chicken tenders sort of looked like fingers, and could be eaten with fingers, a stroke of marketing genius happened. If you’ve ever watched an episode of Mad Men, you may be able to visualize the kind of brain-storming session that could lead to the creation of an anatomical feature that nature never intended.

Compare the two fillets: both are equally low in fat, both are equally tasty, and both cook almost equally fast-actually, fingers tend to cook more quickly. Yet the chicken fingers sell for approximately 7 cents more per pound, wholesale, than the larger cut. When you consider that between three and six million pounds of chicken fingers are sold each year by conventional chicken producers including Tyson, Purdue, and Pilgrim’s Pride, you can understand the drive to push chicken fingers. Essentially, it creates millions of additional revenue each year.

It’s at least comforting to know that “chicken fingers” are not in the same category as the dreaded mystery meats of our school days. Whereas nuggets are mass-produced out of various scraps and trimmings and then bound together with soluble protein and salt, just like sausage (at least we hope, although we have lingering doubts), the fingers are real chicken breast meat-which is why Jamie Oliver included them in his redesigned school lunch program. It was a brilliant idea, taking a junk food that children already liked and replacing it with a healthier, more natural item that they would not automatically reject. Chicken fingers also lend themselves to quick-and-easy preparation in a variety of recipes-a characteristic that helped Oliver wear down the resistance of the food-service personnel, which was essential to the success of his school lunch program as well as his Emmy award-winning television program, Food Revolution.

The fact of the food’s success is no mystery at all, not when you consider how simple it is to turn a chicken fingers recipe into a family-pleasing dinner And let’s just be thankful that your children will never have to wonder if real chickens have “nuggets.”

I’d like to thank Bill Roenigk of the National Chicken Council and Sylvia Small of the U.S. Poultry & Egg Association for their help with this article.