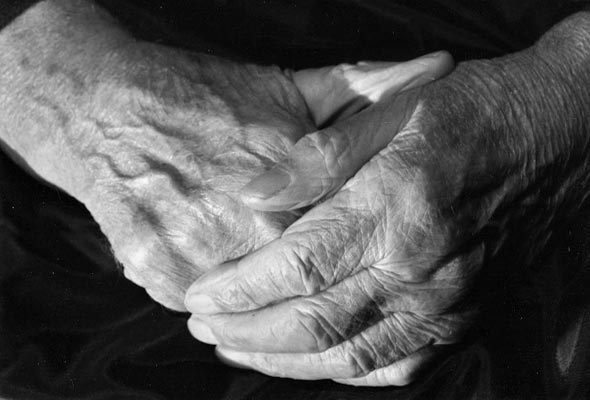 I grew up on carne mechada and fried plantains the way most American kids my age were raised on pot roast and mashed potatoes. My brother and I would get home from school and dart through the kitchen past Carmen, the woman who’s cooked and kept house for my grandmother since as far back as I can remember, as she flipped a fork-tender bistec (steak) as it sizzled or hovered over a pot of simmering beans that exhaled the smell of recao and garlic with the steam. Yet it never occurred to me to ask her how to make any of the soul-soothing comida criolla, or comfort food, she piled high on my plate. Puerto Rico is where I was born, where I grew up, and where I currently reside. But it’s not where I learned to cook.

I was motivated to get behind the stove and cook for the first time after moving to New York for college. I’d had a nagging craving for a decent plate of rice and beans and arroz con pollo (rice with chicken) and pretty much anything that tasted like home. From my little apartment in Brooklyn, I tried to coax recipes out of Carmen over the phone. But she forgot steps. Referred to specific yet unnamed ingredients as “that.” Responded to my oft-repeated question “How much?” with silence. I could imagine her shrugging on the other end of the line. Cooking Puerto Rican was second nature to Carmen. As for me, on my own in the big city, I never got past a pot of botched beans and a batch of burnt tostones (fried savory plantains).

By that point, though, I’d caught the cooking bug. New York’s rich palette of local produce beckoned to me weekly at the greenmarket. With the help of the Internet and multi-ethnic friends, a world of culinary possibilities opened up. As I learned recipes, spices like paprika and tumeric knocked boxes of Sazón Goya and adobo off my shelf. Basil and parsley muscled out cilantro and recao. Vegetables rather than meat dominated my kitchen. Food now had nuance, spice, color. Hell, I was even losing weight. I wanted to cook like this forever!

And then, last April, disenchantment with my career, the end of a long-term relationship, and dwindling funds made me do the only logical thing I could think to do: I moved back home to Puerto Rico. In preparation for the onslaught of fried, meaty, carby deliciousness waiting for me, I turned vegetarian—again. (This is something I do every few months, pretty much whenever a notable food writer publishes a new treatise on the dangers of meat.)

Stepping off the plane, I was preaching the gospel of Michael Pollan and Meatless Mondays. I figure that if this was going to feel like home, I needed to get in the kitchen fast. I landed, slept, and headed to the local supermarket.

During my first foray, I filled my cart with produce that was seasonal and local…in New York. The produce that was actually local, like yuca and ñame, I had no idea what to do with. So I avoided it.

When I got home, Carmen, who was now cooking at my parents’ house twice a week, was stirring a pot of beautifully seasoned beans. It had little squares of ham suspended in thick broth, vibrant chunks of calabasa squash gilding the surface, and was sending notes of sofrito heavenward. I was ten years old again.

Carmen took one glance at my grocery bags containing $100 of perishable vegetables—and all their attendant baggage—and chuckled. My eyes narrowed. I set my bags down, shoved my bounty haphazardly into the fridge, and went to work. White and green bok choy leaves hit the frying pan, doused with soy sauce and garlic. Carmen leaned over my shoulder inquisitively and patted my shoulder in a way that was both encouraging and teasing. Either she didn’t realize this was a standoff or she already knew who was going to win.

Twenty minutes later, I piled my leaves onto a plate next to a mound of rice and beans. The bok choy was missing its usual crisp bitterness and the soy sauce was flat. The rice and beans, on the other hand, exploded with flavors and textures. Creamy. Chewy. Salty. Sweet. It was perfection. I powered through the bok choy, then had seconds of the rice and beans.

I kept trying. Borscht. Ratatouille. None of it tasted the same as when I made it in New York. Even my hummus was off. Perhaps it was the ingredients? But I think it had more to do with the fact that in New York, I’d never had to contend with arroz con pollo that had more personality than many of my friends, or pork chops a la jardinera (with peppers and onions) to make you cry.

Oh, I got over my vegetarianism. Fast.

It took another displaced New Yorker to put the situation in perspective. My friend Hamilton and I had met in college, and after graduation, his family moved to Puerto Rico. A New Yorker since the age of eight, Hamilton went from an apartment on the Upper East Side to a small town in western Puerto Rico. He adopted my island as home while I adopted his.

We met at a beachside restaurant and shared a plate of fish empanadillas (deep-fried empanadas) and alcapurrias (meat-filled yucca dumplings), washing them down with local beer. Sitting there, Hamilton could barely suppress a contented smile. Looking at the two of us, it was difficult to tell who was the New Yorker and who was the Puerto Rican. I pouted and complained about how desperately I missed my vegetables and how unhealthy I found the food. He interrupted my whining to reminisce about how much he’d come to crave mofongo (mashed fried plantains with garlic and pork), piñon (plantain and meat casserole), cuajito (pig offal), and so forth, the list crescendoing in a way that made him lean forward, his eyes wide with excitement. “There’s just something about the hearty deliciousness…the siesta-inducing glory,” he said, his voice higher than it needed to be. “Washed down with Medalla (beer) or pitorro (moonshine)…”

He smiled. I think he may have also sighed. Then he popped an alcupurria in his mouth.

That’s when it hit me.

This gringo could make rice and beans better than me. He knew how to make Puerto Rican food—and I don’t. I’d failed so miserably back in New York to make the food I’d loved that I’d basically given up on even trying. I was taking my own food culture for granted—again. And in the process, I was squandering a golden opportunity. I took a swig of beer and made a decision.

When Carmen showed up at my house later that week, I was waiting, pen and paper in hand.

“So, what are we cooking today?”

Andrea Moya Muñoz is a food and travel writer based in Puerto Rico. She writes a bimonthly travel column for the island's largest newspaper, El Nuevo Día, and is a multimedia reporter for the paper’s website, www.elnuevodia.com. She's still trying to figure out what to do with her film degree from NYU. For more of her writing and recipes, visit her blog Tiburon Zralok.