Love food is, as David explains, the food that you make that’s full of love, desire, hopes, or dreams. Pork loin with apples, sour cream apple pie, it’s the food you share with your favorite person, the meal that’s imbued with all the promise of love, now and forever. 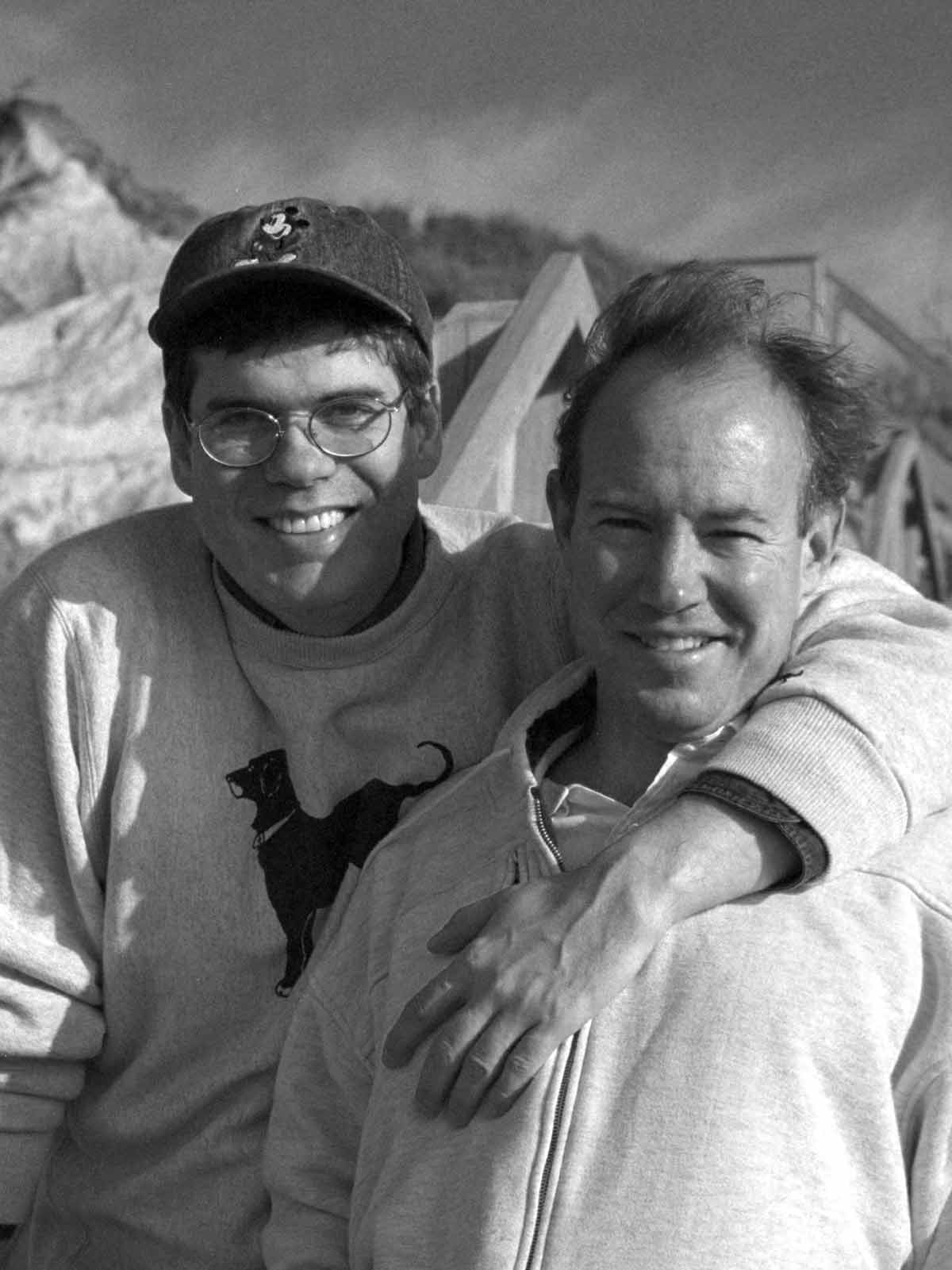 [David wrote this 11 years ago, and it stills holds true on their 28th anniversary.–ed.]

Today marks 17 years that The One and I have been together (which is actually more like 50 in straight years). The way he tells it, it was my linens that clinched it for him.

In 1993 I bought my first bed. Before that, during college and just after, I made do with a futon or, on occasion, a pile of dirty laundry on the floor. But when I turned 32, I decided it was time to have a proper place to sleep. Bereft of the design gene my people are supposed to possess, I chose a ridiculously large model with massive head and footboards. To camouflage this Victorian monstrosity, I purchased tons of pillows and one of those all-in-one matching linen sets that no matter how you use it, you can’t screw up—kind of like Garanimals for beds. Gold sheets with a barely perceptible floral pattern contrasted with a deep brown and burgundy coverlet and matching shams and neck rolls.

It’s not that he was a great cook back then because he wasn’t. (There was that time he wanted to make a healthy cake from a box and used a wickedly peppery olive oil instead of canola. I could go on, but shan’t.) No, it was the fact that one Sunday afternoon late in October he stood at the counter in his house in upstate New York, cutting and dicing and shaking pans. For me. It was the first time anyone I cared for made a meal for me. The recipe: Cider-braised pork loin with sautéed apples.

Not long after, again on a Sunday, I made him a sour cream apple pie. My love food. While baking, the apple slices jostled together in layers interspersed with a tangy cream. On top, a perfect pebbly streusel crown. Back then I was rail thin and ate nothing but Fiber One cereal for dinner, so he was surprised I even baked.

Throughout that autumn and winter, our first together, Sundays were our pork and pie day. We never seemed to tire of these dishes. Eventually, the weather warmed, and we discovered the grill together. As we grew older (and withstood three near breakups, the loss of loved ones, the inexorable march of age) other recipes became our love food. There were his tuna burgers with wasabi mayonnaise, stewed chicken and olives, and mile-high lemon meringue pie (which he made for me just once and will never make again, it was so complicated). My Christmas goose, salt cod casserole, and dark chocolate espresso cake.

As I write this, on a Sunday, The One is in the kitchen, the rhythmic toc-toc-toc rocking of his favorite chef’s knife—the 8-inch one with the cracked handle—reaches me. Something is spitting in the sauté pan; it smells like lamb. On the stereo, a movie soundtrack (he’s mercifully outgrown Kenny G). In a few minutes, I’ll walk out and watch him. Thankful that we’re still together, thankful that he’s still making love food for me seventeen years later.