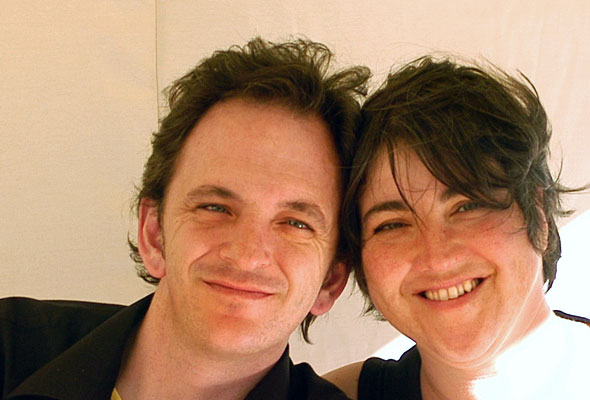 I have to admit that several years ago, I didn’t give much though to anything gluten-free. The whole phenomenon of gluten intolerance seemed to me an all-too-convenient way for food manufacturers to cash in by creating a syndrome where, as least in my world, none existed. “Gluten-Free!” screamed from packages of string cheese, bags of apples, and cans of baby peas. But, um, weren’t they always gluten-free? Did manufacturers think I was that dumb not to realize it?

I probably would have trundled blindly along in my wheat-saturated life if it weren’t for the occasional reprimand from readers that we don’t have a gluten-free recipe section (which has since been remedied) and an off-the-cuff conversation with Shauna James Ahern, AKA Gluten-Free Girl. During our leisurely phone call, she explained that ever since being diagnosed with celiac disease in 2005, she’s looked at her life as half full rather than half empty. She rattled off all kinds of dishes she could indulge in without worry. Wait, huh? I did a double take–if you can do a double take on the phone. She sounded just like those smarmy food manufacturers, except she had nothing to gain from this. Well, except her health.

It was then that I realized two things. One, I wanted to highlight for our readers foods that were naturally gluten-free, hence the GF category. And two, I knew I had to meet this remarkable and remarkably upbeat woman.

Flash forward a couple of years. Her and Danny’s book, Gluten-Free Girl and the Chef, was coming out, and I called to invite them into the studio to talk about their newest joint venture. (Their first joint venture, their daughter Lucy, was conked out in her stroller.) During the course of the interview, Shauna and Danny reminisced about their love story, much of which is included in the book; discussed how Shauna’s dietary restrictions spurs them on to eat better and healthier without sacrificing flavor or pleasure; and how the book isn’t just for the gluten intolerant and those who love them. The pages are filled with dishes that are perfect for people who love food and each other. Period.

Take a listen. You’ll hear a lot of inspiring and insightful comments from Shauna and Danny. One thing you won’t hear, though, is Lulu’s amazing lung capacity. She woke up in the middle of the session to see a small, bald, be-spectacled engineer sporting agressive tattoos. Ten minutes later Shauna and Danny were back in their seats picking up exactly where we left off. Pros, I say. Pros.

Gluten-Free Girl and the Chef Recipes

Gluten-Free Multigrain Waffles
Gluten-Free Chocolate Chip Cookies (OK, it’s not in the cookbook, but it’s still one of our most searched for recipes)

Have a question for Shauna and Dan about Gluten-Free Girl and the Chef? Or want to leave them a message? You know what to do below.