These pork sausages with roasted grapes are a traditional Umbrian dish that juxtaposes rich sausage with sweet grapes. 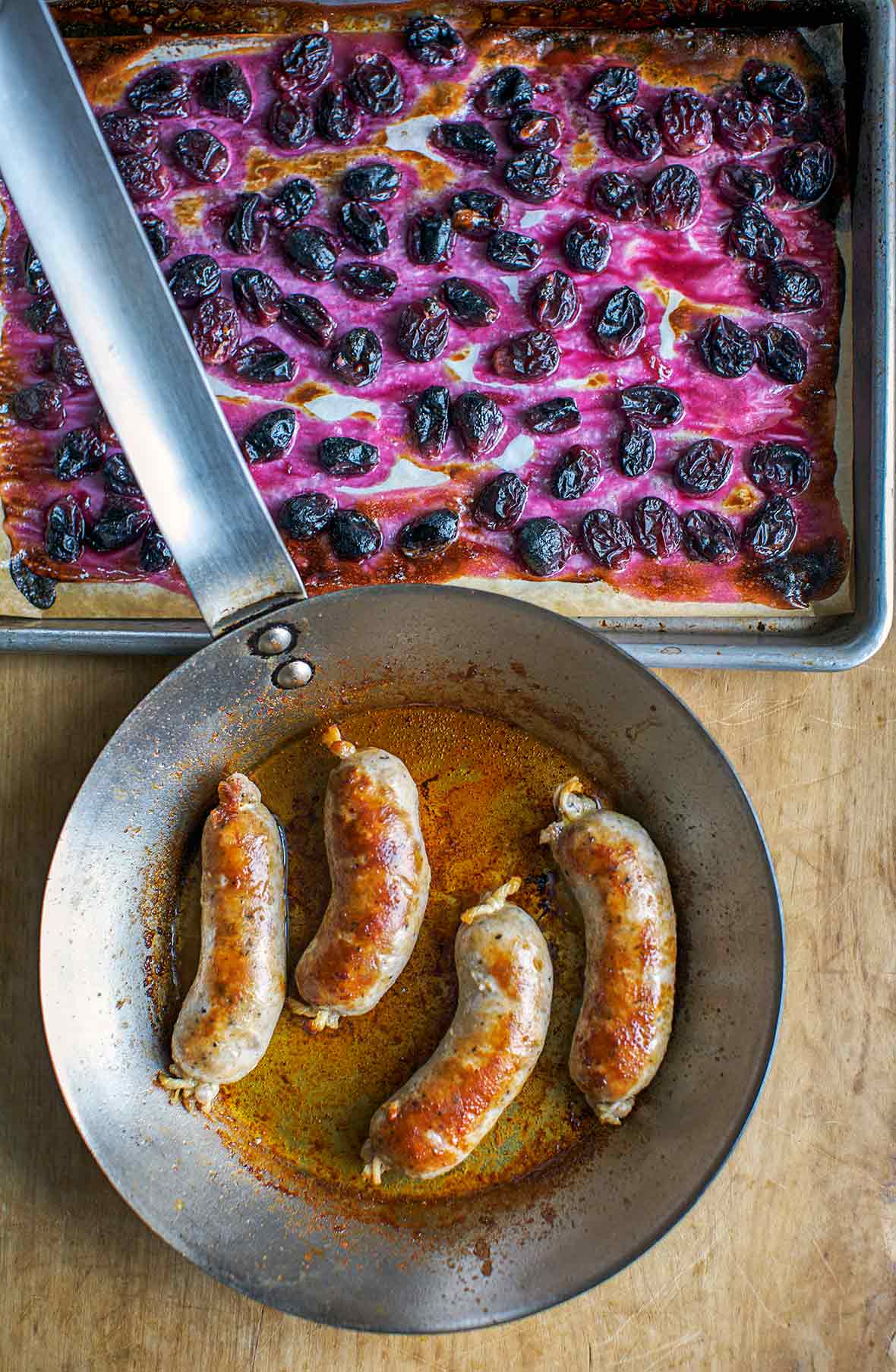 This Umbrian comfort food is traditionally made during autumn when grapes are in abundance. In the traditional recipe, the grapes are cooked in a cast-iron skillet on the stovetop alongside the sausages, although here the grapes are roasted separately on a baking sheet, which concentrates and intensifies the flavor. Whatever way you cook the sausages and grapes, it’s a lovely dish, especially when served alongside the traditional polenta. Originally published November 22, 2010.–Renee Schettler Rossi 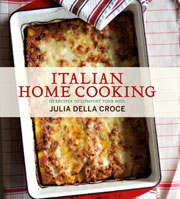 Use a sharp knife or a fork to prick a few holes in each sausage. Place the sausages and the water in a seasoned cast-iron skillet or other heavy-bottomed pan over medium heat. Cook until the water has evaporated and the sausages have begun to color lightly, about 12 minutes. If the sausages become quite plump during cooking prick them again to release the excess fat. (Do not prick them too much or they’ll dry out.) Reduce the heat to medium-low and continue to cook the sausages, turning them occasionally, until browned all over and cooked through, about 20 minutes more.
Meanwhile… If you would like to cook the grapes separately from the pork sausages, preheat a toaster oven or an oven to 375°F (190°C). Wash and dry the grapes well. Toss them with a little olive oil in a toaster oven tray or a rimmed baking sheet and spread in a single layer. Roast the grapes until brown and bubbly, about 15 minutes. Note that they can burn easily because of their high sugar content, so keep an eye on them as they cook.

If you would like to cook the grapes in the pan alongside the pork sausages, add them to the skillet when the sausage cooking water has evaporated. Proceed as directed for the remainder of the cooking time.
Transfer the grapes and sausages to a large warmed platter, leaving behind any excess fat in the skillet, and serve presto.
Print Recipe

*What Kind Of Grapes To Use In This Recipe