Is That a Leek in Your Pocket? 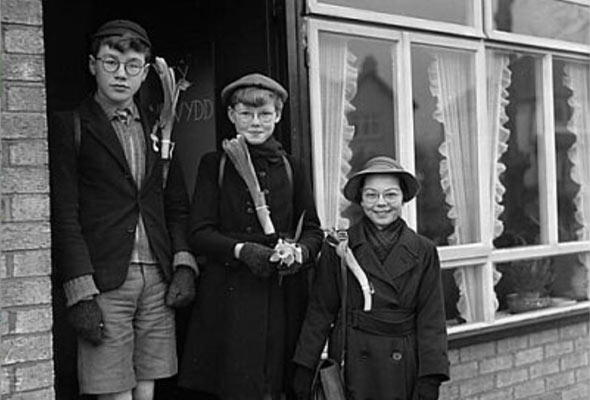 Nothing says Saint David’s Day like accessorizing with leeks.

At least to the Welsh, who don an allium boutonnière every March 1, the feast day of their patron saint. The precise root of this practice is mired in myth, although it seems that this cousin to the onion was elevated to both sartorial splendor and national emblem back in the sixth century during a battle against the Saxons that took place in, of all places, a leek field. David—their patron saint, not LC’s beloved saint and publisher—reputedly ordered troops to identify themselves by affixing the oniony stalk to their helmets. They emerged victorious. Ever since, this saint’s feast day has meant leeks to the Welsh—whereas to those of us at LeitesCulinaria.com, it means a day spent reminding our David that no, the holiday’s not for him, and by the way, he’d better watch himself if he ever hopes to be canonized.

Donning a leek corsage as an act of patriotism has persisted throughout the centuries, meriting a mention or two in Henry V and, more recently, sprouting into veggie contests on this day at Welsh grammar schools. The glory goes to the lad sporting the, ahem, longest leek. (We’re not making this up. We swear.) Victory, however, seems a dubious honor, given that the winner is prodded to eat the allium. Nothing says “champ” like the crunch of gritty sand in a raw leek, right? (This assumes he’s not given the option of halving the stalk, soaking it in cold water till the dirt sifts to the bottom of the bowl, then sautéing it slowly with a pat of butter and a sprinkle of nutmeg before wolfing it down.) We imagine the culmination of the ritual must offer more than a little comfort to the second-place schoolboy, who, though deemed inadequate in the length department, will at least have better breath, not to mention a bit of greenery of his own to contemplate for dinner.

Frittata with Leeks and Herbs 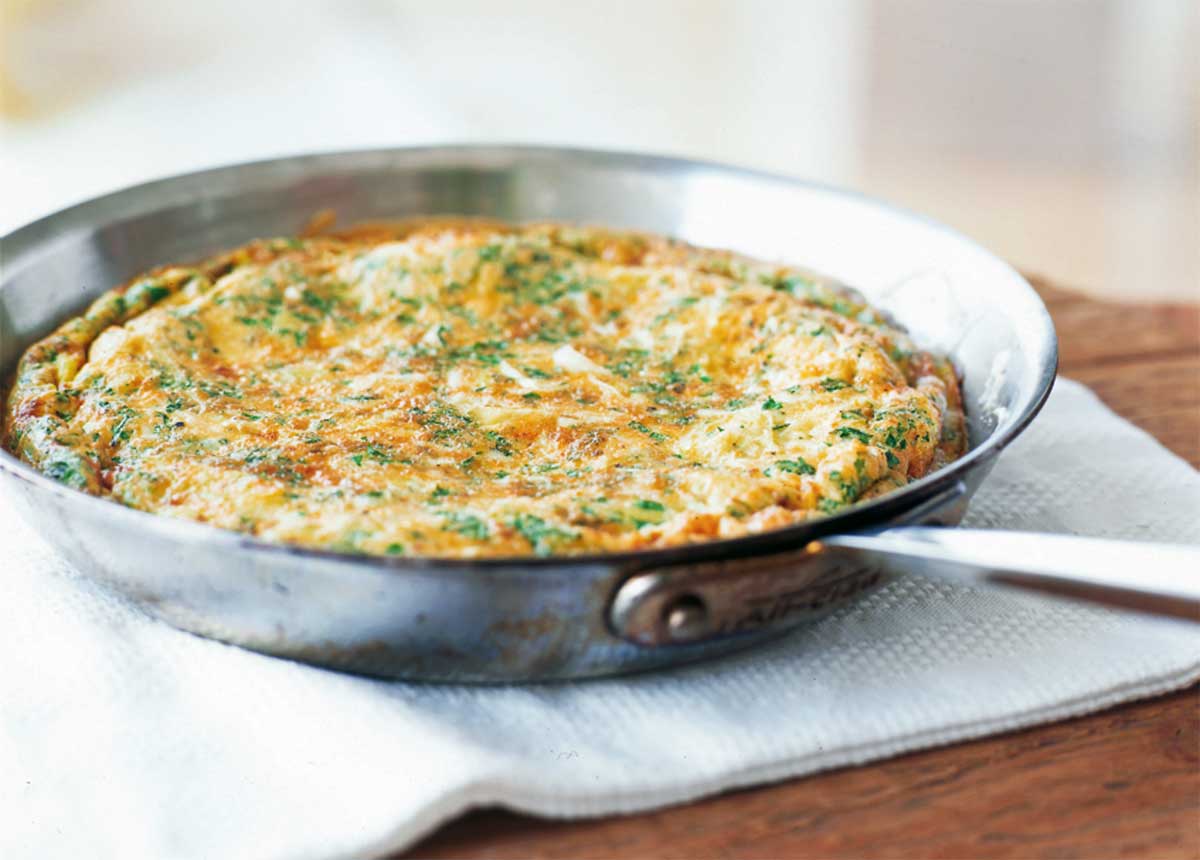 : Tucker + Hossler 1/7 A slinky little something to slip into, one that comes together easily and elegantly, impresses guests and family, works anytime of day, and sullies but a single skillet.
Recipe 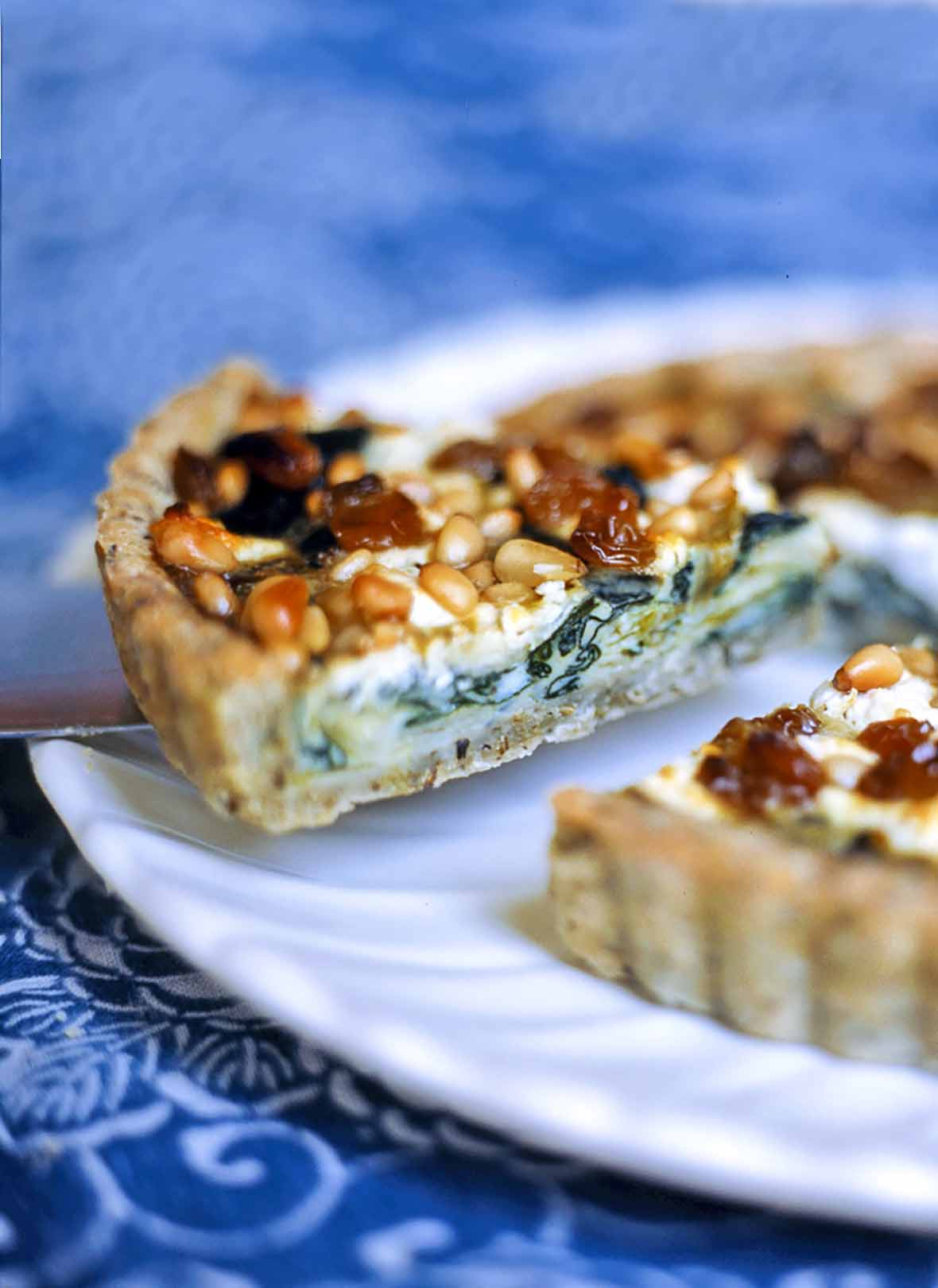 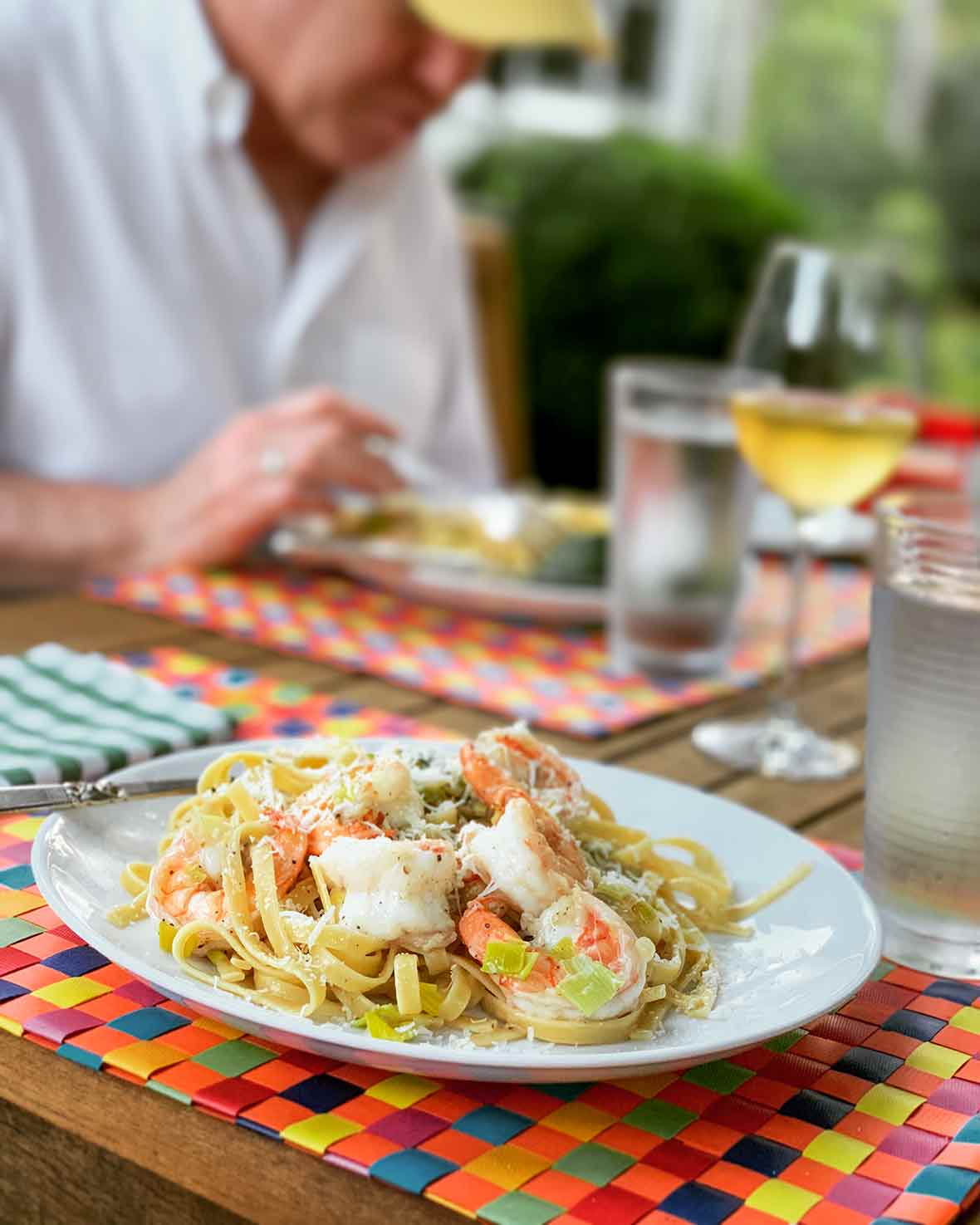 : David Leite 3/7 So long, noodles that are buried beneath heavy cream sauces. This shrimp and leek pasta is made with a barely-there broth enhanced by the sweetness of leeks.
Recipe 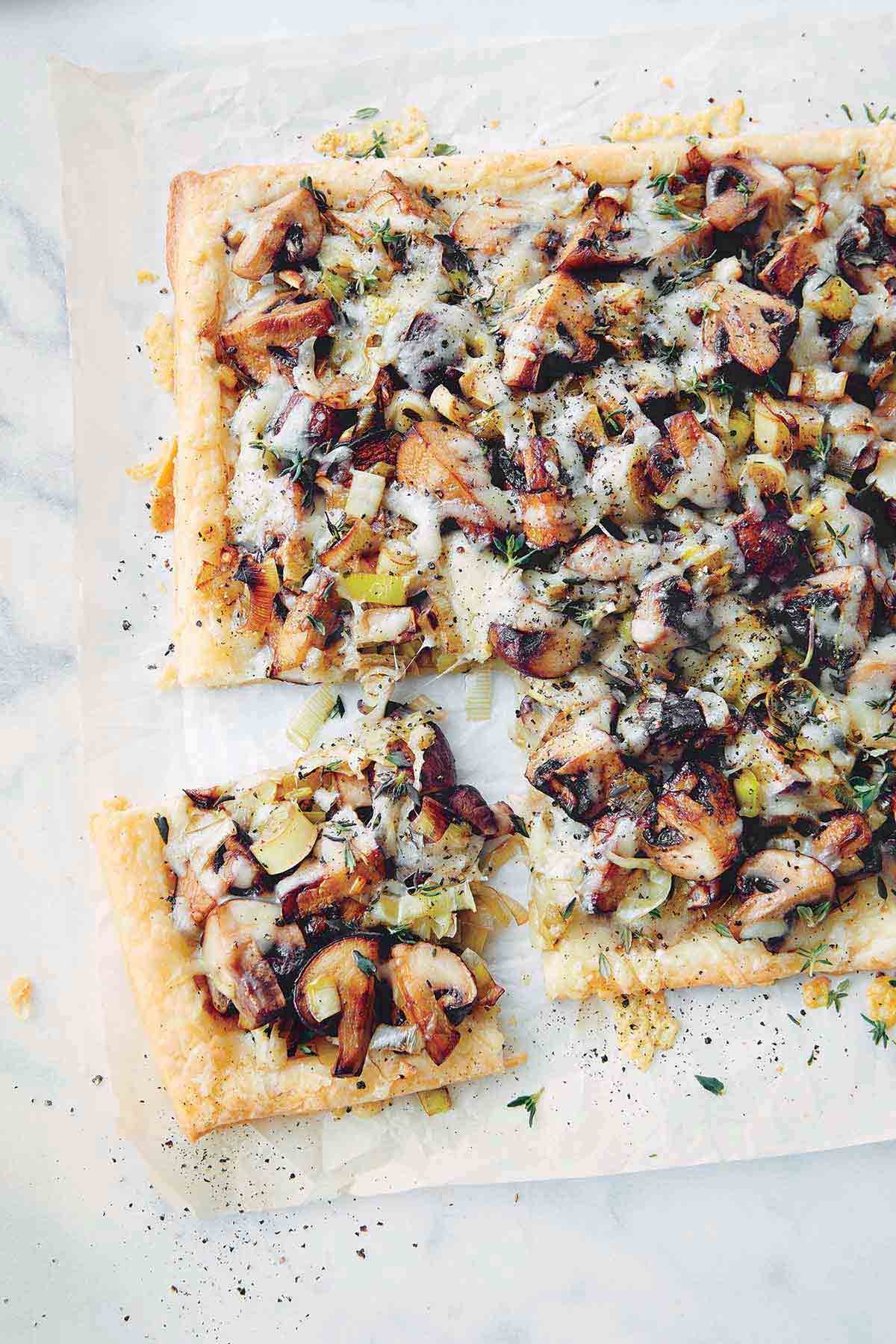 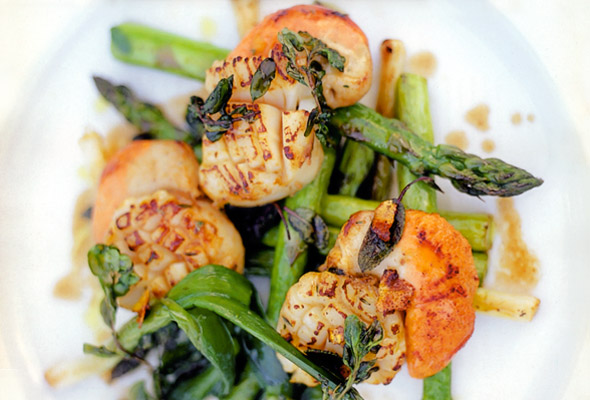 : David Loftus 5/7 We have precious few absolutes, yet we always, always keep things simple with sea scallops. Why shroud that supple sweetness?
Recipe 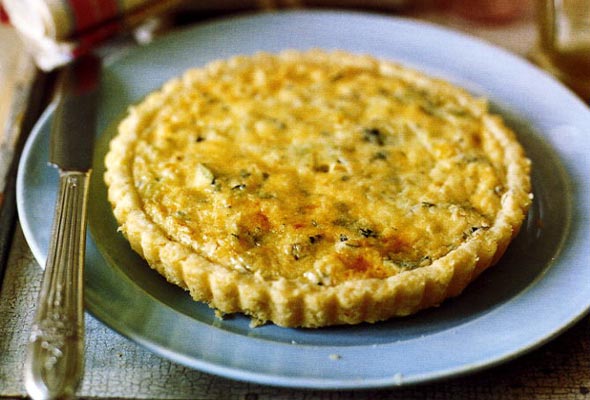 : John Kernick 6/7 Summer in a pie crust—leeks, corn, and basil come together in this easy-to-make savory tart.
Recipe 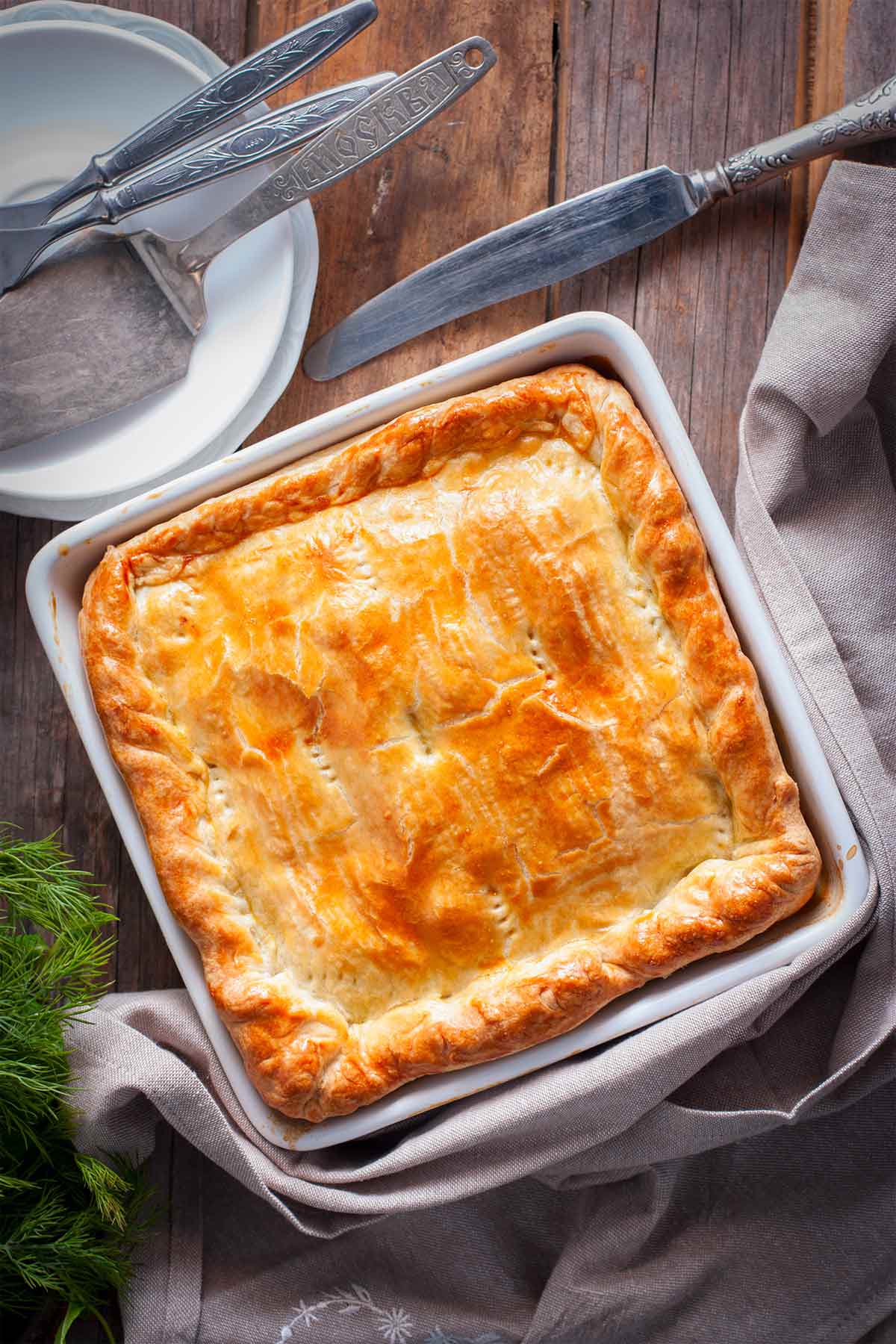 : Анна Журавлева 7/7 Tender chicken and sausage meatballs sidle up alongside sweet leeks and a tipsy white wine cream sauce. Then the whole shebang is topped with indecently rich and flaky puff pastry in this recipe from (90s flashback alert) Jamie Oliver.
Recipe
© 2011 Leite's Culinaria. All rights reserved. All materials used with permission.

Back to Is That a Leek in Your Pocket? on Leite's Culinaria