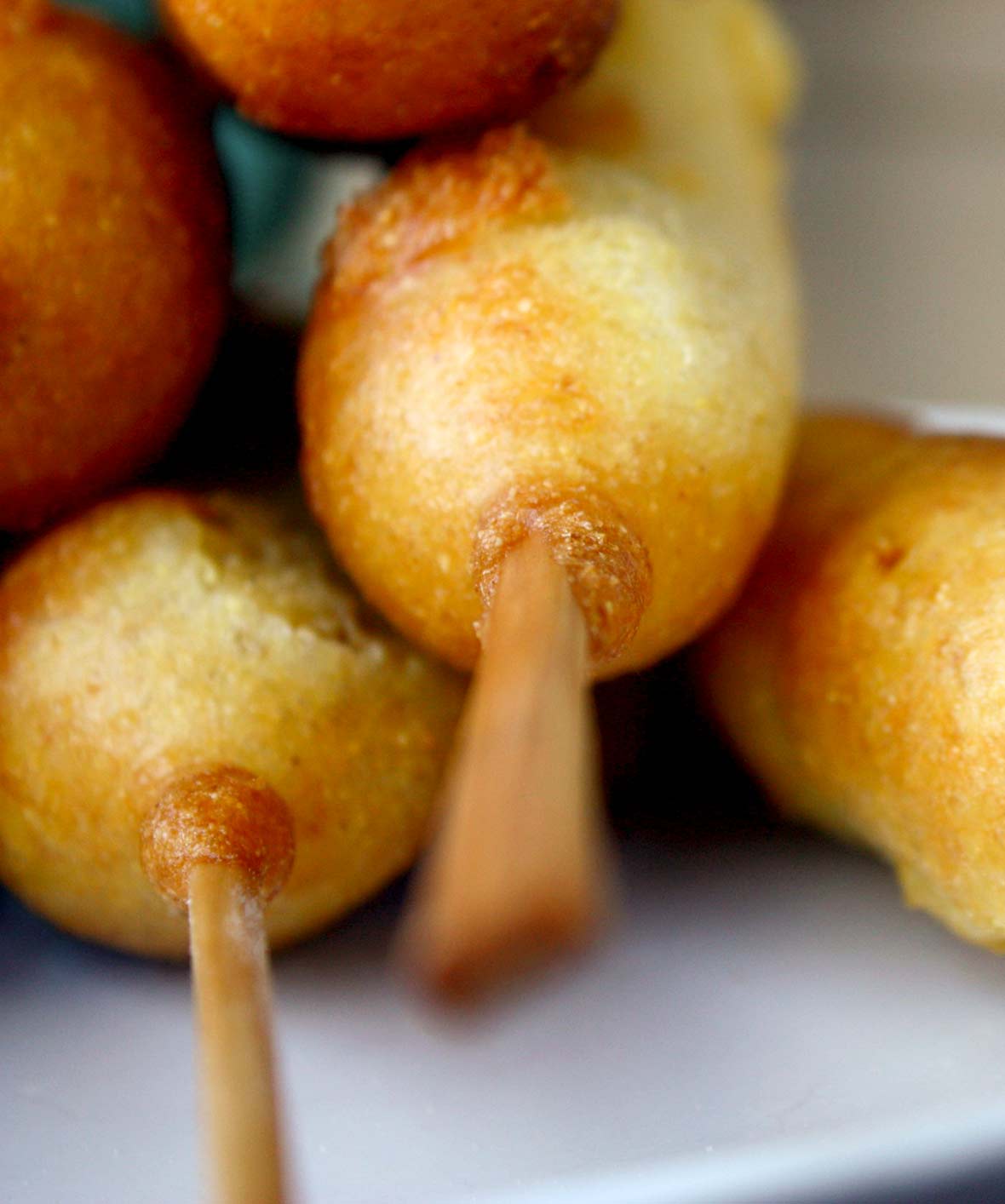 One breakfast while sitting on the kitchen counter dunking a corn dog into a jar of mayonnaise (by this time the only furniture that wasn’t either repossessed or smashed by CarolJean’s increasingly aggressive displays of indoor twirling was her bed), it dawned on me someone should write a country song called “Savior on a Stick.” It’s not as crazy it is sounds. If Jesus can be on board a car, in a marriage bed, in schools, in a church–why can’t he be on a stick in my corn dog? (Of course, if you’re of a different religious persuasion, feel free to substitute your god’s name here.)

The bottom line is, something or someone caused to me to zig to that convenience store rather than zag to the local Tom Thumb, where prices were significantly higher and I didn’t have a shopper’s card. And that someone was my own personal savior–on a stick or not. 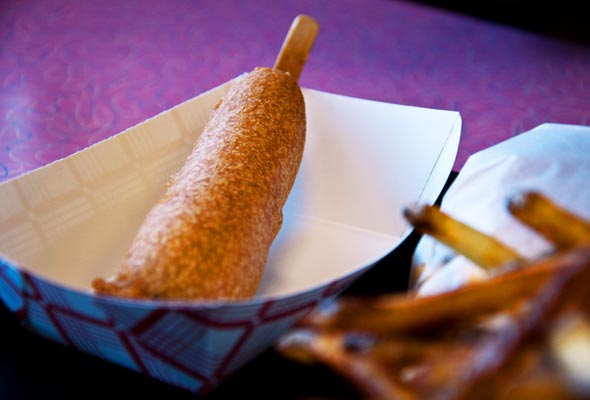 In a large bowl, combine the flour, cornmeal, sugar (if using honey, don’t add it quite yet), baking powder, and salt.
In a smaller bowl, whisk together the egg and 1 cup of the milk or buttermilk. If using honey, add it now.
Whisk the wet ingredients into the dry ingredients, mixing just until combined. The batter will be quite thick.
Heat a couple of inches of oil in a deep pot or ample oil in a deep fryer to 360° to 365° F (182° to 185°C). Scatter some flour on a plate. Using tongs or your fingertips, roll a hot dog in the flour to coat. This will help the batter cling to the hot dog. Then dip the hot dog in the batter and coat it evenly. If you find that the batter is way too thick, add up to 1/4 cup more milk or buttermilk, stirring in just a little at a time. Add the corn dog to the hot oil and quickly repeat, frying only a few corn dogs at a time and being careful not to crowd them. Cook, turning as needed, until the batter is golden brown and the dog is warmed through, 2 to 3 minutes. Transfer to a plate lined with paper towels or a brown paper bag to drain for a minute or two. Skim any bits of batter from the oil, return the oil to its proper temperature, and repeat with the remaining hot dogs and batter.
Insert a wooden skewer in the end of each corn dog and serve immediately, with mustard if desired. And napkins. Lots of napkins.
Print Recipe