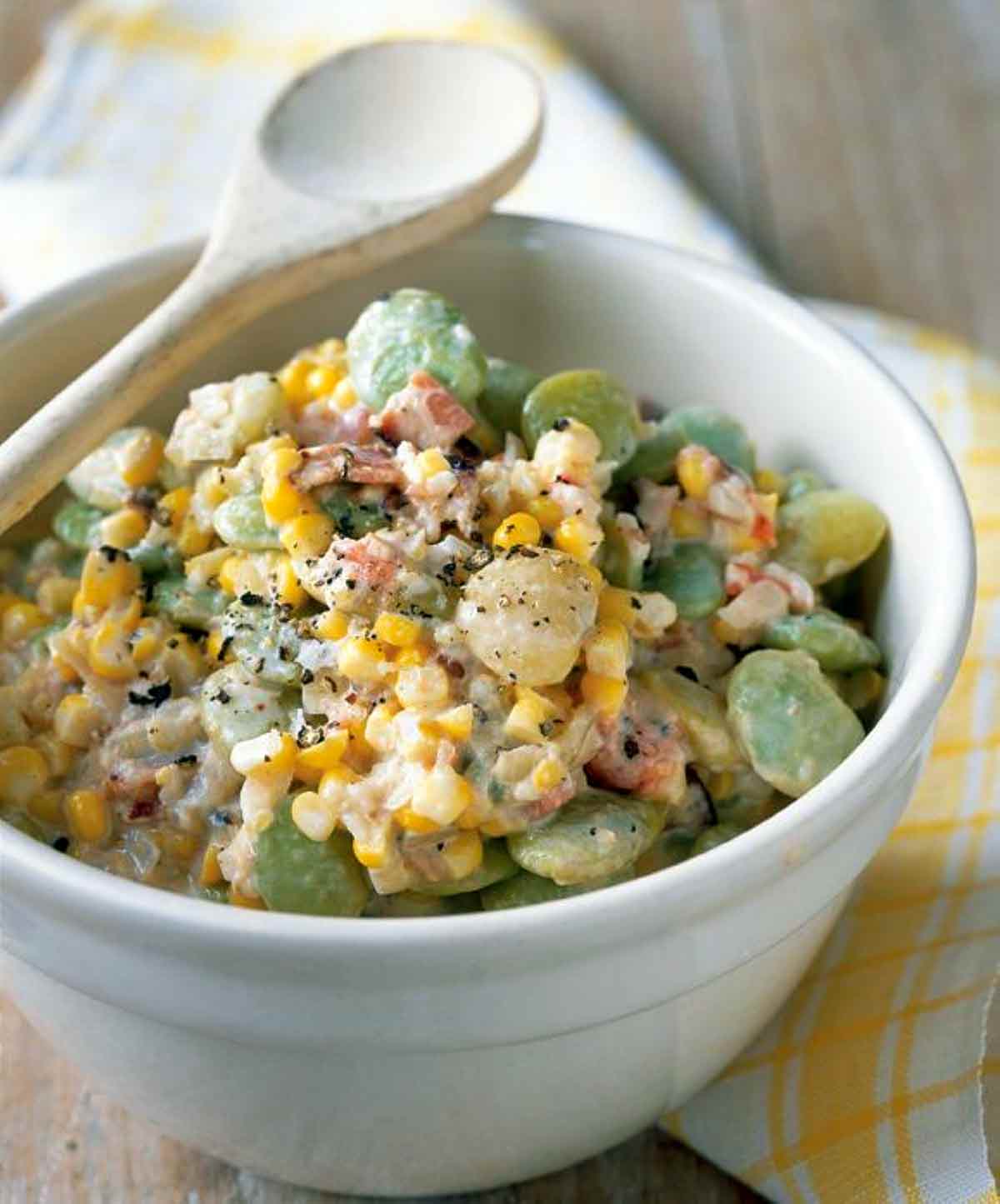 Despite there being a small town in Rhode Island named Succotash Point, Southerners have always claimed that the corn-and-lima-bean dish called sukguttahash by the early Powhatan Indians originated in 17th-century Virginia, and eventually spread throughout the South. Subsequently, each state or region developed its own style of succotash, one of the most distinctive being this creamed Delaware version, made with tomatoes and nutmeg.

My own mother, in North Carolina, of course would never have dreamed of adding tomatoes to succotash till I virtually forced her to taste this version. And there was a man in Alabama who once told me I’d lost my mind when I mentioned making succotash with milk or cream. I am pretty adamant about using only fresh corn (naturally, with the milk scraped from the cobs) and limas (or, even better, real butter beans, if they’re available) for the succotash, and I can’t emphasize enough the importance of stirring succotash while it’s thickening over the heat, to prevent scorching. (One burnt kernel or bean can ruin the entire pot.)–James Villas 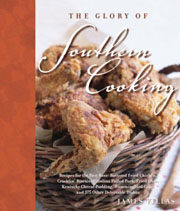 Place the lima beans in a medium saucepan with enough salted water to cover, bring to a moderate simmer, cover, cook till tender, about 15 minutes, and drain.
Meanwhile, in a large, heavy pot, fry the bacon over moderate heat till almost crisp and pour off all but about 3 tablespoons of the bacon grease.
Add the onions and stir till softened, about 2 minutes. Add the lima beans, the corn plus the milk from the cobs, the tomatoes and their juices, and the half-and-half, stir well, and continue to cook another 5 minutes. Season the succotash with nutmeg, salt and pepper, and Tabasco and continue to cook, stirring carefully to prevent sticking, till the succotash has thickened slightly.
Transfer the succotash to an earthenware tureen or deep serving dish and serve hot.
Print Recipe

This dish was delicious. I had to use fava beans instead of limas and wasn’t disappointed. The fava beans’ buttery flavor and creamy texture only added to the overall experience. The amount of tomatoes was just enough and didn’t overpower. The nutmeg and Tabasco were excellent finishing touches. I made two versions: one with bacon, the other without. The dish was just as fabulous without the meat.