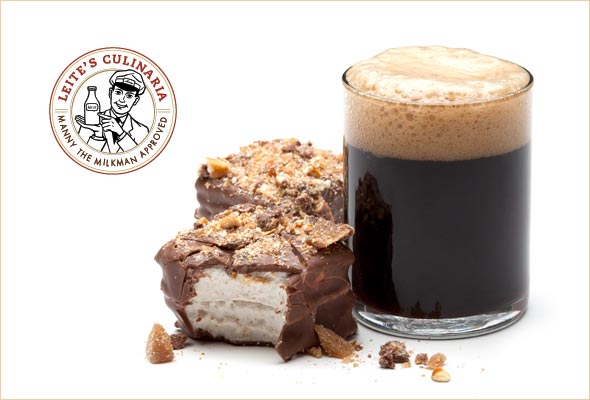 I can’t recall a single time when my dad, who spent years working in construction, ever brought in another so-called professional to handle anything in our house. Leaky pipes, dining room remodels, retiling, the works. If you want something done right, Dad always says, you’ve got to do it yourself.

As an adult, I’ve funneled his self-sufficient ethos mostly into my kitchen endeavors. Pickles, pasta noodles, tomato sauce—why let someone else handle what I can do myself with a modicum of ability? And so, bored with the one-note sweetness of most marshmallows, I recently started experimenting with my own jazzed-up versions of the fluffy s’mores stalwarts. I had some measure of success, most notably with a vanilla-cardamom batch that gave rise to a solid two-week hot chocolate binge. But after my introduction to Truffle Truffle’s chocolate-y pretzel and beer marshmallows, I’m raising a white flag, surrendering all future sugar outings to the professionals.

The focal point of this confectionery wizardry is a springy marshmallow, mocha-hued from its twirl with Rogue’s Chocolate Stout. The sweet has a subtle, ambient beeriness, with just an inkling of toasty, malty stout. Though they had me at “beer-infused marshmallow,” Truffle Truffle gilds this very masculine lily with a mere millimeter of milk chocolate, to supremely delectable effect. The brew makes another appearance in the brittle topping, made from beer and pretzels, though I’m pretty certain you can still drive home, even after being overserved.

It’d be easy to go very, very wrong with such a crazed confluence, even of such hallowed pairings as beer and pretzels, chocolate and marshmallows. Yet the Chicago-based confectioner’s appropriation works wonders with each smashingly well-executed, salty-sweet, crunchy, chewy cube. These marshmallows aren’t exactly dainty in size, making them a treat even the most manly man might deign to tuck into after downing a caveman-size steak on, say, Father’s Day.

I’ll admit, I was initially tempted to try to reverse-engineer one of these guys into a recipe, as others have done, just to see if I could. That was before I experienced its mad genius. I know my dad will understand.

Truffle Truffle’s Beer & Pretzel Marshmallows are available in packs of four ($10) and a far more respectable 12 ($30), exclusively from its website.