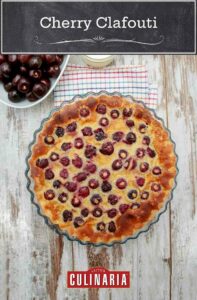 Cherry clafouti is a traditional French baked dessert made of a sweet batter that’s filled with juicy black cherries. It’s also perfect for brunch or well…anytime. 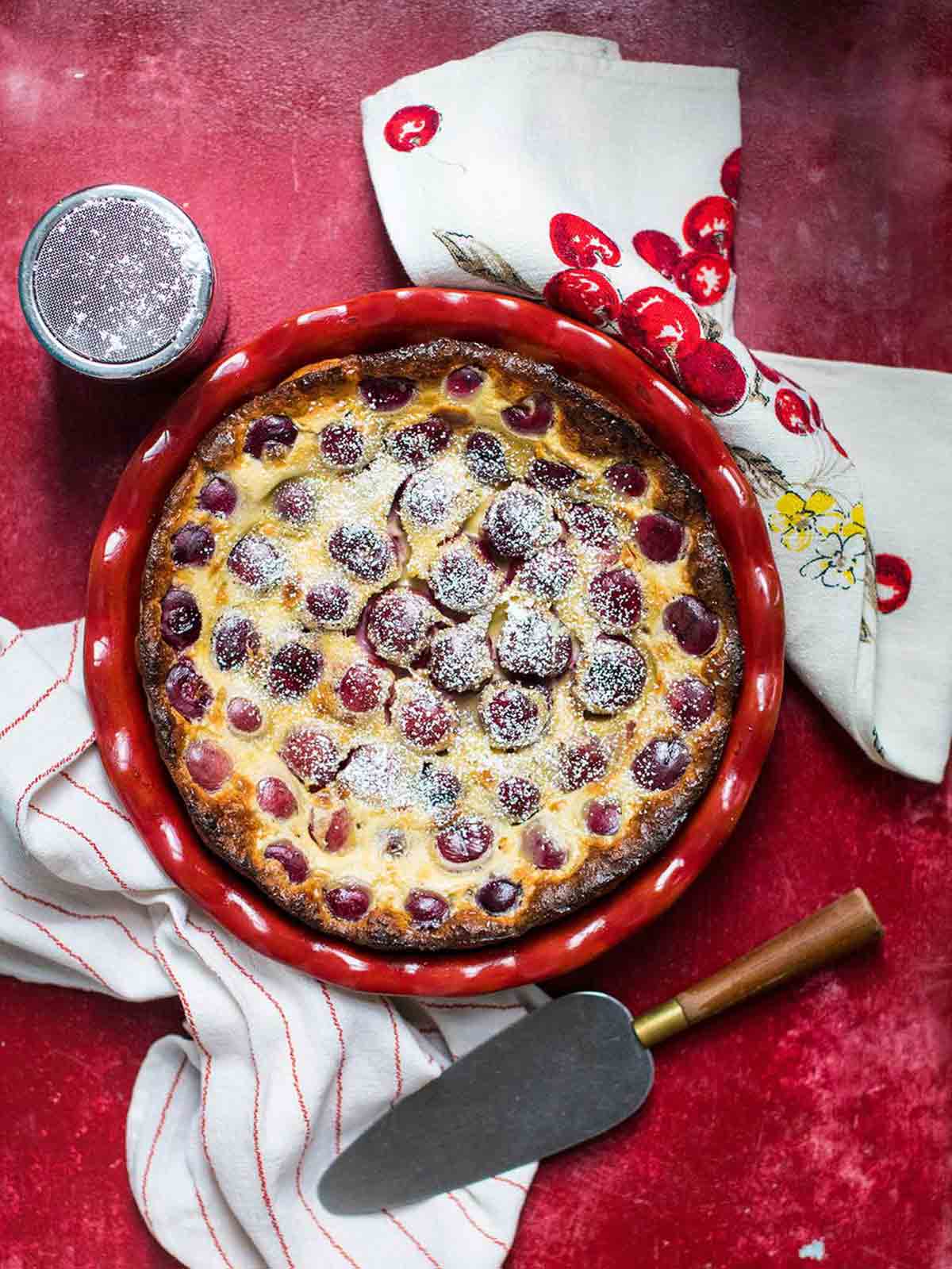 If you mix plenty of black cherries into what may be best described as a slightly thick crêpe batter, you will have the makings of clafoutis Limousin, a type of eggy cake from rural south-central France that takes its name from clafir, a dialect word meaning “to fill.” And fill it does—not least because it’s so good that one’s tendency is to ask for seconds and thirds. –Editors of Saveur

Yes, you could leave those pesky little pits in the cherries in keeping with the romanticized notion of imparting an almondy nuance to the cake. Or you could easily pit them. When facing a mountain of cherries whose pits you want to wrest from their place, you’ve got all manner of options, including pricey cherry pitting gadgets, the tip of a sharp paring knife, a bobby pin, a paper clip that’s partly unbent, even a cleverly Macgyvered fork. But you tell us. How do you fish out the pit? Tell us in a comment. And no matter what you do, wear an apron and be ready to wipe purple splatters from the counter. 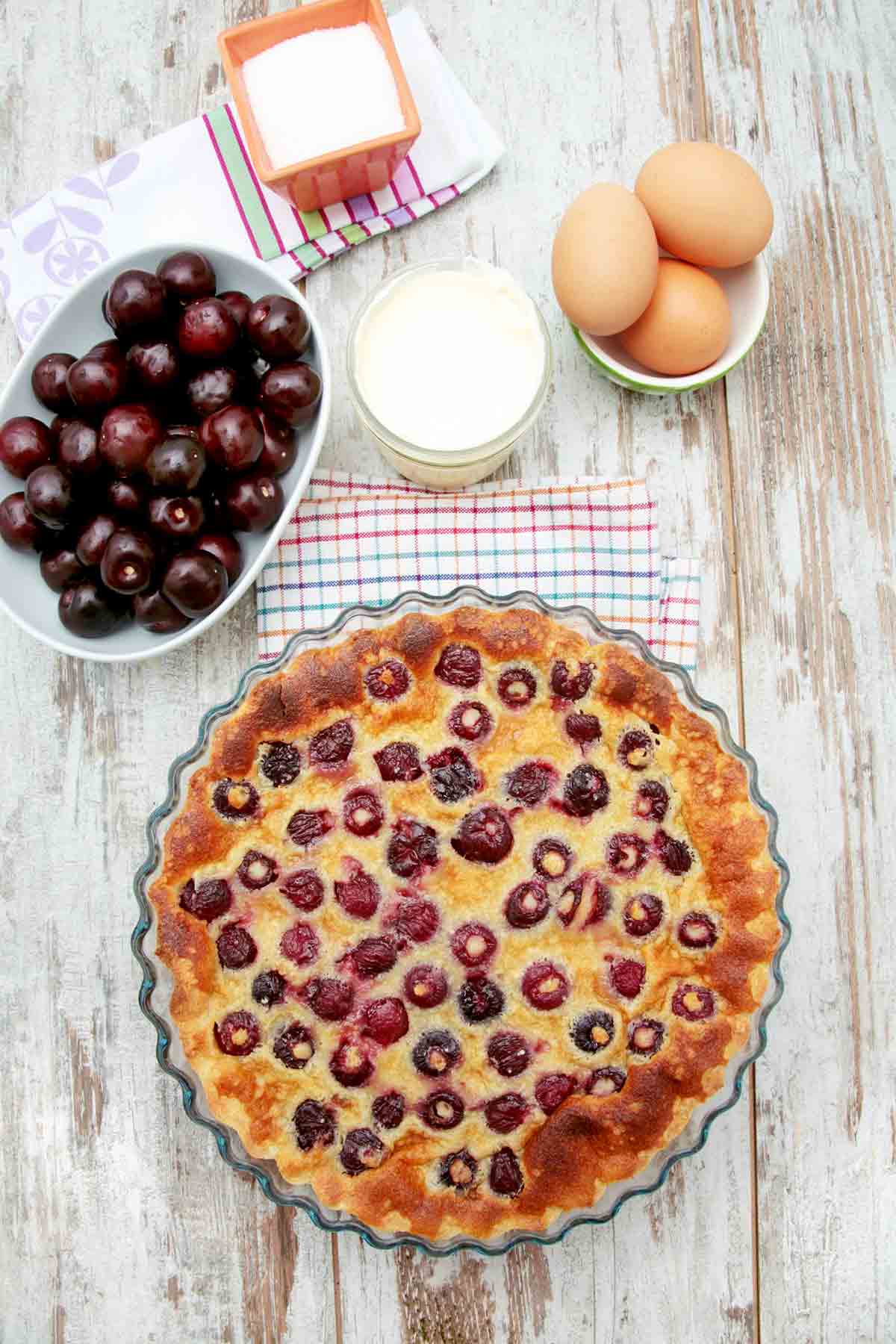 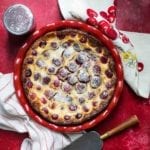 This old-style French cherry clafouti dessert, given to us by Auvergnat grandmother Jean Barbet, calls for unpitted cherries. This is the tradition in the region, not as a labor-saving shortcut, but because the pits are believed to add flavor to the cake. If the idea unsettles you, don't hesitate to use pitted cherries.
Editors of Saveur
Prep 5 mins
Cook 30 mins
Total 45 mins
Dessert
French
8 servings
205 kcal
4 from 1 vote
Print Recipe 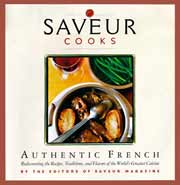 Clafoutis in France, clafouti in anglophone countries, is a traditional baked dessert from France. Usually made with unpitted black cherries, it's really just a sturdy custard filled with fruit. Cherries, yes, but you can really make this dessert with anything in season—plums and blueberries are also quite divine. "Clafouti" means "to fill up" (with cherries, in this case) and it's a dessert that is meant to use up the harvest's excess. So feel free to experiment with any fruit you have too much of.

I halved the recipe and baked the batter in individual bowls, which took less time (less than 20 minutes, which was good since we’ve had 100-degree weather here all week), and made for a nice presentation at my dinner party. This one was much appreciated because cherries just came into season here in Virginia. The bright red blobs contrasted nicely with the cheery yellow custard.

The touch of Kirsch was lovely, but make sure to use good Kirsch, or there can be an unpleasant chemical-like flavor to your clafoutis. If you don’t have Kirsch, a drop of almond essence would go nicely as well. There were no instructions on how to pit the cherries, but I have a cherry pitting device from OXO. People have found bobby pins to be useful as well. Just make sure to wear a shirt that you don’t mind staining when pitting cherries!

When the recipe said to blend the ingredients together, I used a blender, but a whisk would work just fine. Not only did the clafouti puff up, but the berries themselves both swelled and softened while baking, loosening their pits, and making it easy to eat, even with the pits intact. My baking time was a little longer than specified since the top crust wasn’t yet golden brown enough at 30 minutes. I did dust it with confectioners’ sugar, but skipped the optional Kirsch, and felt it was fine without. The clafouti was visually appealing when I removed it from the oven. I brought it to the table and served it right from the cast-iron skillet.

Although I served this as a brunch entree, it also can be a dessert, and using other fruits would be just as delicious. Blueberries come to mind, and I’ve also seen recipes for prune, apple, fresh fig, fresh apricot, and, yes, grapefruit, as well as a savory version. If I made the traditional cherry version again, I might add a small amount of almond extract to accentuate the subtle almond flavor of the cherry pits. Note that not only can the clafouti be served warm from the oven, but also at room temperature, making it a versatile concoction—not only freeing up burner space by using the oven, but also freeing up the oven if made in advance. And, as a happy postscript: of my bakers-dozen tasters at brunch, two have requested this recipe.