Skip to content
Home » Writings » He Said, She Said » Is The Best Fried Chicken Steaming Hot Or Picnic Cold?

Is fried chicken best served steaming hot or picnic warm? Should the coating be crispy or crunchy? David and Renee offer their opinions. Feel free to chime (cluck?) in with your own. 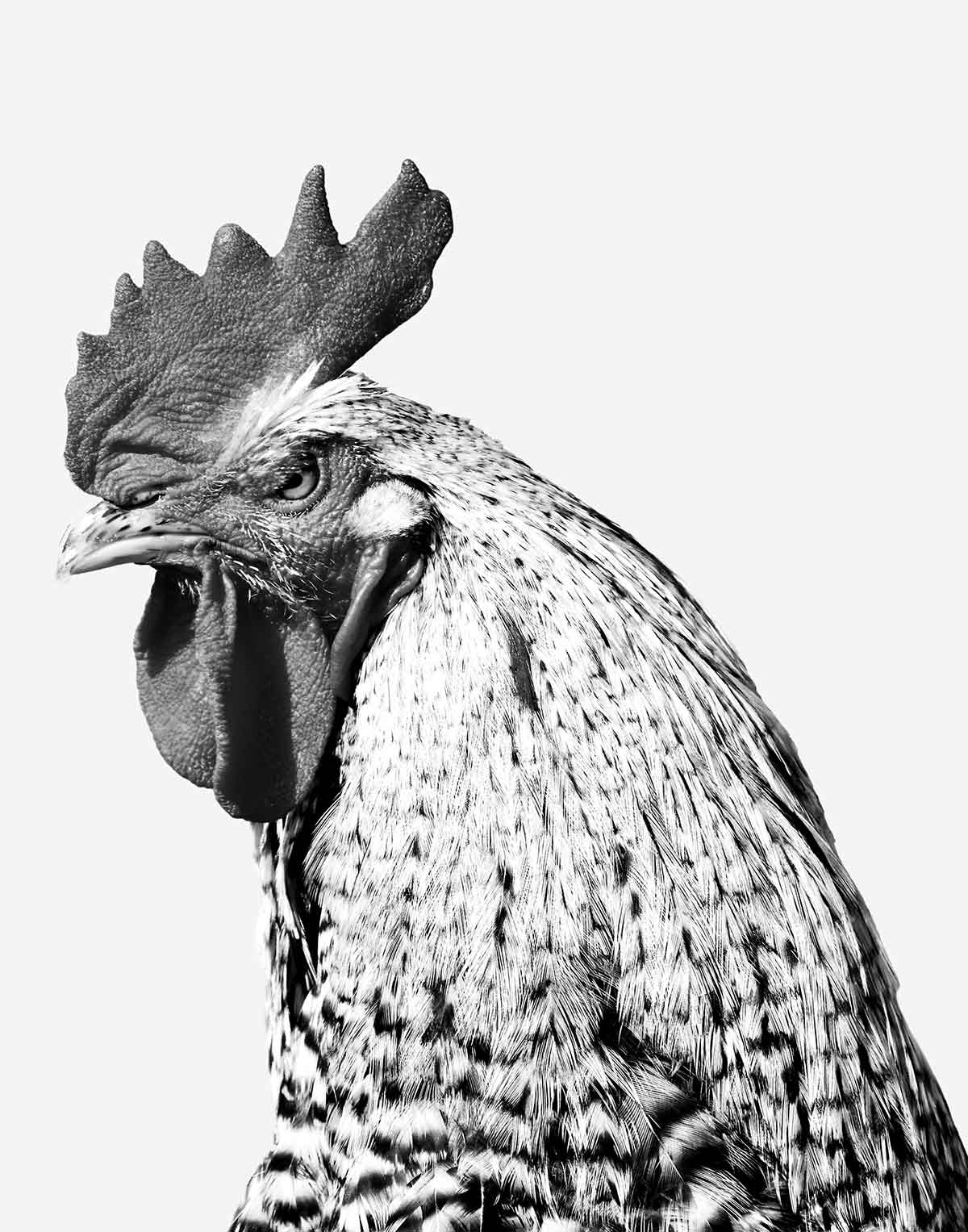 When I was a kid, my mom and I would drive from our farm to town once a week to run errands. Our last stop before heading back home was always the store for a week’s worth of groceries. Those weeks when we were running behind and it was late in the day, mom would relent and let us get a bucket of takeout fried chicken from the store’s deli for supper.

Getting takeout these days may seem like no big whoop. Back then, though, it was a triumph. And a reprieve from the rotation of casseroles that routinely constituted dinner. Before my mom would even park the car in the lot of B & H Groceries, barely able to contain myself, I’d cautiously ask her for fried chicken. When she’d say yes, I’d bounce with giddiness and impatience as the barely automated store doors slowly swung open and the aroma of fried chicken smacked me in the face. I’d rush straight to the deli counter and drum my fingers against the glass case where the fried chicken was kept hot by a big bright bulb. Bouncing up and down in my shoes, my laces double-knotted, I waited seemingly forever while the older lady behind the counter took her tongs as well as her grand old time packing a tub of macaroni salad for my mom before turning her attention to our box of chicken, me willing her through the glass to select those big, buxom pieces I’d already called dibs on in my head.

I held that box of fried chicken on my lap the entire eight-mile drive home, the heat from the flimsy origami-like box burning my thighs. But as the pain subsided and the chicken grew lukewarm, my happiness would turn to antsiness. And with each slow-moving semi-trailer that we got caught behind, my heart would sink lower and lower until it was level with the grease-splattered box in my lap, heavy with the knowing that we were taking too long. When we did finally make it home, before I was allowed to tuck into the chicken, Mom would insist that we first unpack the groceries and then wait for my brother to make his way in from doing chores. Sometimes, too, there was the interminable wait for my dad to get in from the fields. By then, the chicken skin had long ago turned saggy and greasy and the room-temperature meat had become tasteless and tough beneath its layer of congealed fat. And, like the last time and the time before that, I’d sigh and push the chicken around on my plate, disappointed and refusing to eat, even when I was given a stern talk about starving kids elsewhere in the world. If only we’d driven faster, I’d think.

I didn’t know much of anything about food back then. Except I knew what I liked. And I knew that some things are meant to be consumed hot. Not lukewarm. Not cold. Hot. Straight-out-of-the-fryer hot. Some things you just know.

There were, on rare occasion, instances when my mom took me and my fried chicken to a park just a couple minutes from the grocery store deli counter for a picnic. That very same chicken was otherworldly when consumed hot. Skin shattered at the slightest touch. Tender meat gilded with glistening beads of oil that winked seductively and that gave way from the bone with just the gentlest of tugs. I was deliriously content in those moments.

I’m not the only person who understands that fried chicken ought to be consumed pretty much straight from the fryer. Early in our courtship, a particular guy and I would camp on the beach on Maryland’s Eastern Shore. It became our summertime ritual. Unlike many beachgoers, ours was bereft of slimy, tepid fried chicken from an ice-filled cooler. We did, however, partake of a fried chicken ritual of a different sort. Each Sunday on our way home, amid hours of bumper-to-bumper traffic along Route 50, we’d pull off into the parking lot of a tiny roadside joint just east of the Bay Bridge. Rather than settle for drive-thru and slink back into traffic a few car lengths behind where we’d been, we’d take our time to park, stand in the almost interminable line at the counter, and take a seat outside at one of the flimsy plastic tables, inhaling noxious exhaust fumes as we were inhaling hot fried chicken. It was perfect.

Had we taken that box of steaming fried chicken back to the truck, we’d have inevitably been distracted by fumbling for coins to pay the toll or being mindful of not getting the steering wheel slick with grease and distractedly consuming it lukewarm. Not for us. Fried chicken demands concentration. Respect. Both hands. And timeliness. This wasn’t anything we ever had to discuss. Some things you just know. That chicken was hot and crisp and juicy and perfect. But it wouldn’t be for long.

Renee, “inconceivable” is too mild an invective. And Dan Aykroyd’s SNL catch phrase of “Jane, you ignorant  —-,” while it still makes me giggle, is unduly heavy-handed for such a wistful remembrance.

I guess all I can say is, “Really? Really?” Loveliness is eating straight-from-the-oil fried chicken so hot it can raise welts on pre-teen thighs? I think not.

Simply put, fried chicken that exhales a swirl of steam when the hood of crunchy skin is lifted hasn’t had time to kick back and chill. Literally. It needs the molasses voice of Barry White to slow things down and get it in the groove.

If food is, as they say, all kinds of sexy porn, then the consenting partners that make up fried chicken—the fry mix, the oil, the seasoning, and the bird—need time to be shockingly, wantonly sexually inappropriate. They need to grope, grab, hump, and exchange all kinds of fluids before they reach the height, the pinnacle—do I say it? Do I say it!? DO I SAY IT!!?—the climax of flavor. And that can only happen when the pieces have cooled down to warm, or even room temperature. That’s when the chicken, trying to cover its seared flesh in a coat of buttermilk, flour, salt, and black and cayenne peppers, is shamed by its sudden loss of propriety and becomes vulnerable. Only then can the subtle nuttiness of the fried coating, the pepper’s tingling heat, the almost-there buttermilk tang come through.

Any sooner, and all you have is a mouth full of hot.

And then, of course, you have the contention of coatings. There’s something just plain wrong (sorry, Renee) with a coating so crunchy that it shatters off the meat with the first bite. It’s meant to cling to the chicken until the last mouthful. And I’m sure some food historian can confirm that the true nature of fried chicken coating is thin, not thick and clumpy, (To borrow from Mother Monster, it was born that way, baby.) A light dusting, much like a light spritz of perfume, is far more seductive than layers and layers of flour—or Liz Taylor’s White Diamonds.

I remember when Kentucky Fried Chicken came out with its extra-crispy recipe. I rushed to try it. (Yes, I eat there, too.) After a few mouthfuls, I tossed out my four-piece meal and returned to the siren’s call of the original recipe. The coating was crisp rather than crunchy and the chicken mercifully warm, not hot. So addicted am I to KFC’s original coating that early in our courtship, I’d ask The One to please get me more napkins. And as he trotted away, then filled with the glow of pleasing me, I would strip-mine his chicken of its skin. He returned to a smiling, grease-smeared partner and naked chicken. Nowadays when I ask him to get me more napkins, I’m instructed to get my own coupled with the barb, “You need the exercise.” Or if he indulges me, as he occasionally does, he takes his tray with him.

In closing, I call into evidence, Picnic Chicken from Round Swamp Farm in Bridgehampton, the chicken that haunts my reverie. These cold pieces of fetching poultry parts—with crisp not crunchy skin—are heaped into plastic containers, where they slowly warm to room temperature until we arrive at the eponymous spot. Sometimes it’s the beach; other times, the bay; and in times of inclement weather, our waterfront cottage—now, sadly, long gone. And all at once I, The One, our dearest friend Ellen K., and on one occasion our late friend Deborah and her husband John, simultaneously bite into the Barry White-ified bird, all of us moaning like, well, you know what.

That, kiddies, is how you do fried chicken.

Weigh in here, my chickadees. Tell us: Are you hot or lukewarm when it comes to fried chicken?

Leave your thoughts, opinions, and outrage in the comments below. Originally published June 26, 2011.

© 2020 David Leite and Renee Schettler. Photo © 2020 Will. All rights reserved. All materials used with permission.