Skip to content
Home » Articles » Essays » Julia Child: What I Have Learned 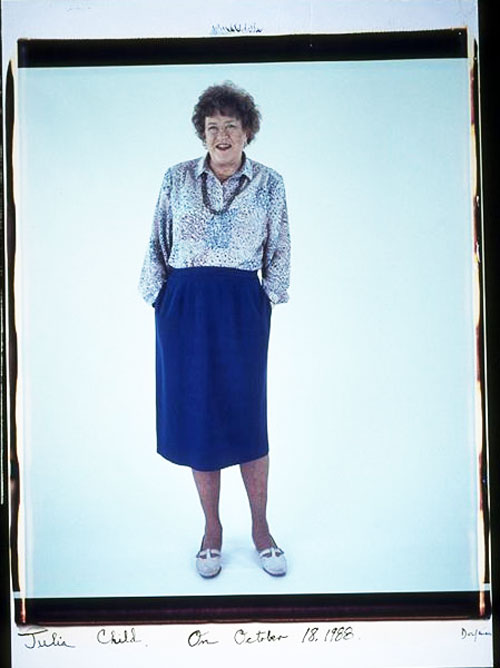 Anyone who’s witnessed Julia Child on TV knows without a doubt that the woman was witty. And not just when it came to good-natured cracks about her ambling about in her kitchen. Julia Child had ample opinions and observations, bless her, about most things—and she wasn’t shy about sharing them. Today, on her birthday, we find ourselves more than a little nostalgic for Julia Child—both her inimitable way in the kitchen as well as her simple yet profound way with words. Rather than inundate you with yet more prose lamenting how we miss her so, we thought we’d simply share some of her most profound thoughts. Here, a glimpse at one of the interviews with Julia Child that we treasure the most, conducted with Esquire’s Mike Sager years ago. These lessons are certainly ones we’ll tape to our fridge, and think you may do so, too.—David Leite

[© 2011 Excerpted from Eat Like a Man | Permission granted by Chronicle Books. All rights reserved.

© 2012 Renee Schettler. All rights reserved. All materials used with permission.