Bonal is one of France’s great aperitifs. As Bruce Weinstein and Mark Scarbrough learned it’s wielded by les français as an icon of Gallic superiority. 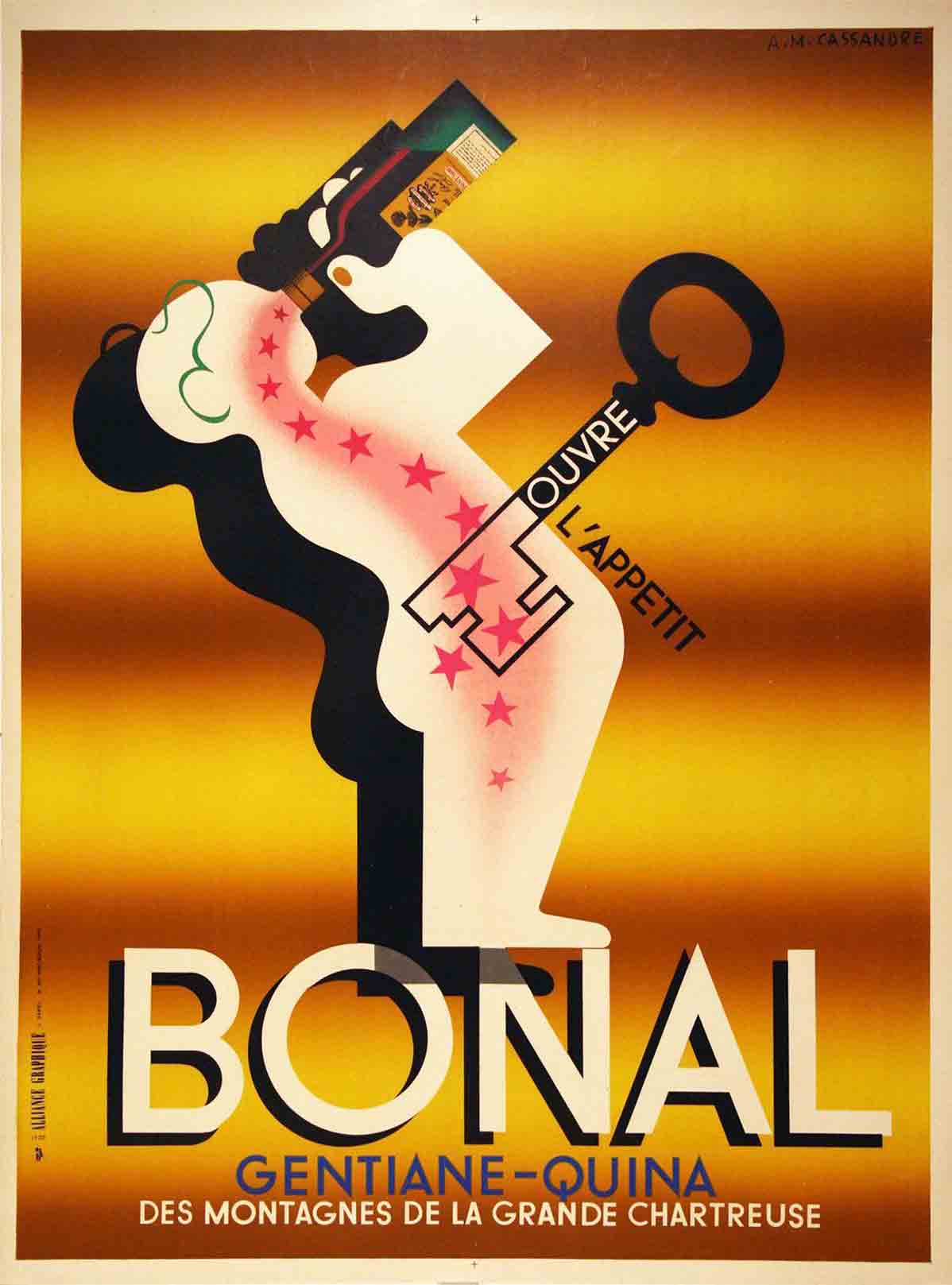 Want to invite that famous Gallic sneer? Say that to a French bartender.

We did. It was an understandable gaffe. We’d just spent an exhausting week in northern Italy enduring meal after multi-course meal in the name of culinary research. Sure, we’d been quaffing unseemly quantities of lipstick-red, sticky sweet, herbaceous Italian bitters such as Luxardo. Still, even with this fortifying punch, there’s only so much cured pork the two of us could consume.

So we turned our white, worse-for-wear, rented Renault toward its homeland of France, where the chances of a piece of grilled fish and an occasional vegetable seemed more likely. We chased the prospect of this simple meal along the coastal autostrada throughout Genoa as we played sudden-death lightning rounds with semis on hairpin turns. We eventually ended up across the border, our nerves nicely frayed. Still hankering for the taste of bitter oranges and the herbs of Luxardo, we stopped at the first bar that we saw in Menton. That’s when we let that faux pas slip.

“Ice, no fruit,” we added helpfully when we received no response.

Monsieur Le Bartender drew his ample stomach up to his chest and waved his hand at the bottles on the shelf. “Voilà, la France,” he said, as if we couldn’t tell from the tricolor flags hanging everywhere—that and the much smaller sunglasses on the patrons.

In fact, the bar had no Italian bottlings whatsoever. It seemed we were caught in yet another skirmish between France and Italy. There are plenty of them to choose from. Who invented fashion. Or, for that matter, who invented dinner. Then there’s that embarrassing imbroglio in the Middle Ages over where to house the Pope. Apparently, there’s aperitif strife, too. 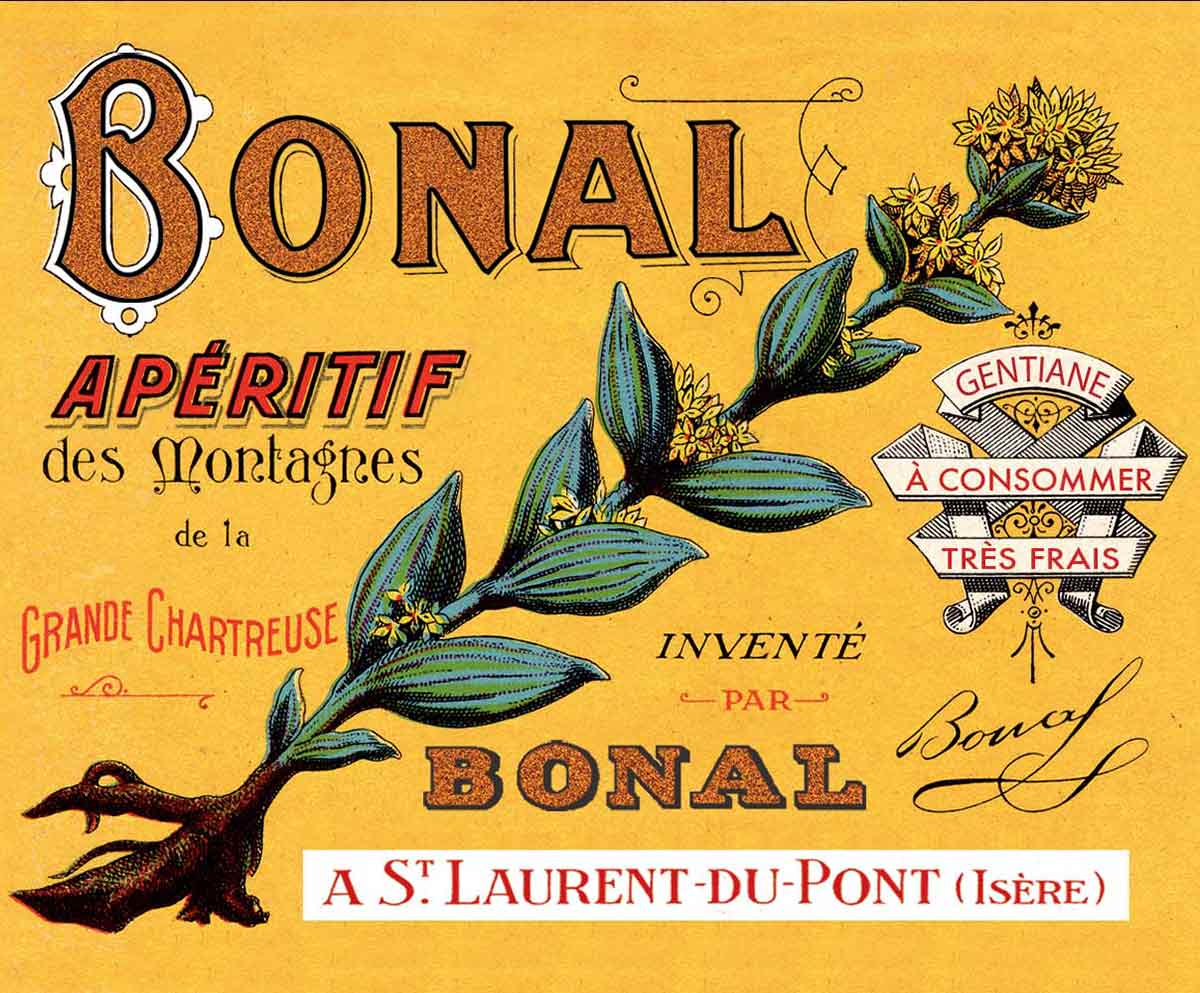 Italians, by and large, reinforce their appetites with bitters like our fave Luxardo or the similarll in a glass, tasting as if some mad apothecary had pounded roots and nuts and seeds and bark and then poured the questionable concoction into his rickety still. Actually, that’s not far from how these potations were originally distilled. The results were touted as tonics of sorts, sedatives even, in pharmacies long before they ever appeared in liquor stores. They’re meant to be sipped, not guzzled. They’re so languor-inducing, they’ll slow down even the Milanese.

The French, by contrast, favor aperitifs that are lighter, foofier—more poodle than bulldog. The libations they fashion, in stark contrast to their Italian counterparts, taste as if a winemaker had strewn handfuls of flowers in his barrels as he pirouetted about his vineyard. They tend not to be distillations of spirits but rather infusions and fortifications of wine, gilded at times with another wine product, Cognac, tossed in just for good measure. Think Lillet. Or Pineau des Charentes. Or Suze—admittedly a Swiss fabrication, though long ago adopted as a Gallic passion.

Not wanting to try Monsieur Le Bartender’s highly limited patience, we followed his gesture until we saw a bottled offering we didn’t know: Bonal Gentiane Qiuna (boh-NAHL jun-tee-AHN kee-nah). Or, for those in the know, simply Bonal. When we inquired about it, Monsieur’s belly fell back in place and he actually smiled. Then he pulled out two glasses and gave us each a generous pour.

Bonal is a ruddy reddish brown aperitif, somewhat sweet, wine-based pick-me-up infused with gentiana, a low-growing wildflower common in many parts of France as well as in many aperitifs. Gentiana lends Bonal an herbal, grassy finish that’s complemented by the musky smack of chinchona bark—a.k.a. quinine, the stuff believed to ward off malaria and, hence, rationed to soldiers in copious doses back when Europeans were playing a particularly vicious version of Risk with the globe. You already know the taste of quinine—it’s the essential flavor in tonic water.

Given its combination of ingredients, Bonal is like a mixed drink in a bottle: floral, winey, sharp, sweet. And quite addictive. It’s intended to incite your appetite before a fine meal—and with good cause. Back in the day, Europeans thought they derived more nutrients from food if they had a proper appetite. Of course, they also thought chunks of each other’s countries functioned as wedding dowries. But there’s no lie to the notion that a little bitter before a meal revs the digestion and sets anyone—French, Italian, or otherwise—up for more satiety.

Bonal is also said to stave off exhaustion—a distinct possibility given the fortitude necessary to endure those lengthy French dinners. Think of it as a Gatorade aperitif for gourmands. No doubt this belief dates back to the purported medicinal origins of these drinks, a notion exemplified at the turn of the century when spectators along the route of the Tour de France handed bottles of Bonal to flagging cyclists. (We can’t confirm this, but they probably only handed them out to French cyclists. Even a common love of sports cannot heal all wounds.) 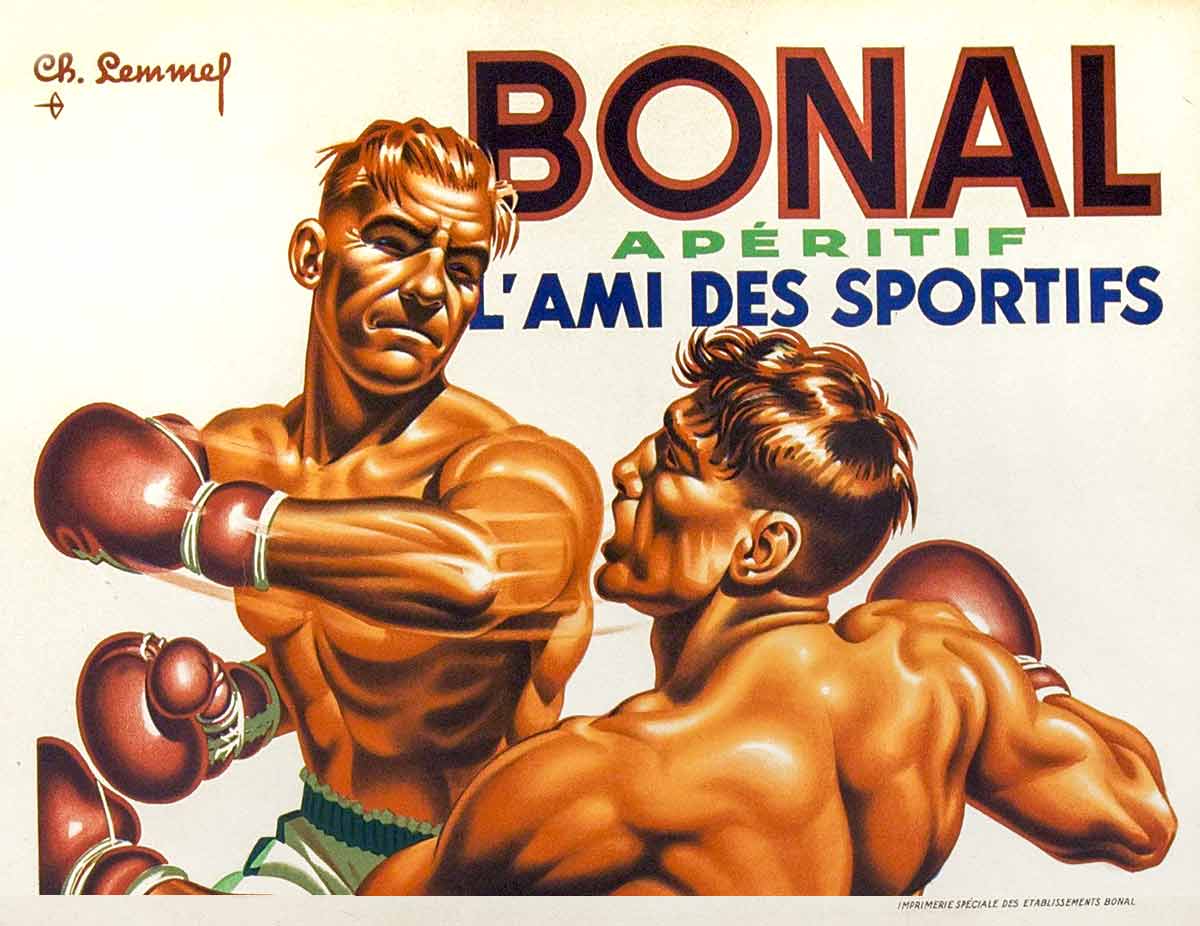 Monsieur’s bottled elixir incited a renaissance of sorts in our household. Italian bitters once ruled the roost, but now Bonal and other French classics are the norm. Whereas in La République Bonal is traditionally served neat, we take ours with a splash of soda and a twist of lemon. Elsewhere Stateside, more forward-thinking mixologists have been taking Bonal quite a lot further, combining it with liqueurs and spirits of all sorts. At Dalva, the tiny eatery in San Francisco, a simple concoction of Bonal and rye is served. That same duo is one-upped with bitters and brandied apricots at the sedate Tabard Inn in Washington, D. C. At the ever-innovative Eleven Madison Park in Manhattan, Bonal and bitters get their edges smoothed over by maraschino liqueur. And over at Savoy Stomp, bloggers are mixing Bonal with gin and Benedictine willy nilly.

Americans these days are going positively Gallic. We’re not certain what Monsieur Le Bartender would think. But we do know to be careful with such allegiances. Those European cultural divides have a way of getting out of hand. Only question is, where would we house the Pope?

Thirsty for more? Grab a drink and take another literary cocktail break: