We don’t know about you, but when we’re about to tuck into homemade cinnamon bread, Swedish cardamom buns, or cinnamon rolls, especially these irresistibly and ever so slightly unconventional ones made with honey butter and cream cheese frosting, we first slink off to change into baggy sweatpants whose waistband no longer has barely any elasticity whatsoever left. We consider it proper cinnamon rolls attire. We’re not certain whether that makes us realists and not romantics, and we don’t really care so long as we have these rolls. Kindly note that the unbaked rolls can be assembled and rolled and stashed in the fridge the night before, so all you have to do in the morning is pull the rolls from the fridge while the oven preheats and you sip coffee while you wake up.–Renee Schettler Rossi 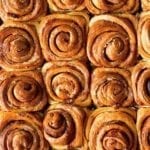 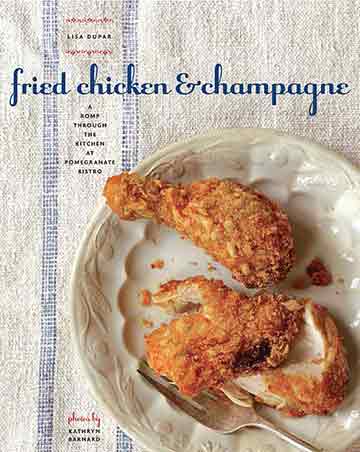 For the honey butter

The process went just as written. I did need to add 10 minutes to the baking time. The resulting cinnamon roll was crisp on the outside (but not hard), and light and fluffy on the inside (but not doughy). I can see how they’d be a great holiday treat. They were truly amazing.