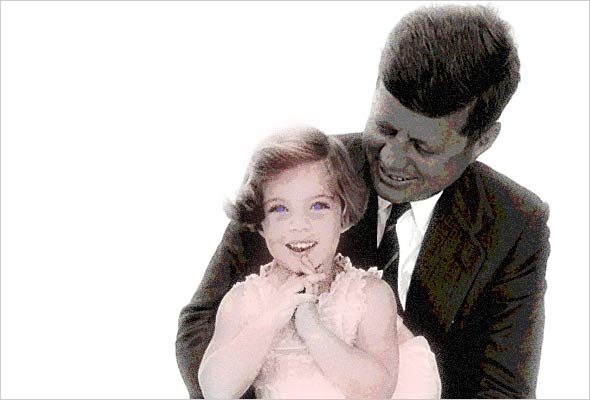 With profound apologies to the former president’s daughter, I despised Caroline Kennedy when I was a kid. She was my age, and not coincidentally, shortly after JFK came to office, my mother began to proclaim at every meal, “Caroline Kennedy eats a spoonful of everything on her plate, whether she likes it or not.” This mealtime recitation, made as both the stench of overcooked cabbage and the dread of okra oozing its slimy way down my gullet threatened my gag reflex, did absolutely nothing to convince me that I should sample the more smelly and less seemly foods on our table.

All parents have their ploys to entice, persuade, or otherwise force their offspring to ingest as many nutritious things as possible. But my mother’s strategy offended my sense of how I should be dealt with, even as a five-year-old. I knew that with a mom as polished as Jackie, Caroline was surely eating far more enticing things on Pennsylvania Avenue than I was on our Tennessee farm. Did the president’s daughter have to spoon in bites of squidgy lima beans? Stinky collards or other gamy-smelling greens? I wasn’t sure just what they were eating at the White House, but I knew it had to be more sophisticated than preternaturally pale turnips that had the taste and texture of something long missing and recently discovered under the porch.

So our table became a war zone and mealtime a series of pitched battles and covert attempts to hide uneaten food—especially turnips, which I couldn’t even bring myself to touch with bare hands.

Convinced that I was being unreasonable on the issue of turnips, my mother set out to prove me wrong. One day she boiled up a batch along with their non-evil twin, the potato, all of which she meticulously carved into slices of uniform size and shape. Then she arranged the little identical white bites on my plate, noting to herself which were turnips and which were potatoes, and called me in for lunch. She drew up all 5’1” of her person and stood tall as she made her usual declaration, which I endured, as I did every day. (To give you a sense of what I was dealing with, she was a high school teacher whose students called her “The Little General.”) The first bite—potato—went in my mouth and stayed in. The next one stayed in, too. Then a bite of turnip went in and came right back out. By the end of the meal, I’d eaten all my potatoes—and assembled a tidy pile of turnips on my plate. She fumed about it at least until my high school graduation. Mention it now and she still gets a stormy look.

Her Caroline Kennedy story could have been a complete fabrication. I don’t know where she got it, and, conveniently, she doesn’t remember. I suspect it came from one of those ladies’ magazines she’d flip through at the beauty parlor where she went for her weekly hair-stacking appointment. (The resulting ‘do added another three inches to The Little General’s stature.)

To her credit, my mother’s early efforts to persuade me to try a bite of everything did work. Eventually. As an adult, I’ve become quite audacious in my eating. I’ve even begun throwing the old spoonful-of-everything line back in her face, with glee. Of course, when I was a kid she only wanted me to eat my vegetables, whereas as an adult I’ve tried to shame her into sampling sushi, escargots, and kimchi. She doesn’t find this amusing at all.

I couldn’t even persuade her to sample the dishes I made with kudzu, the leafy scourge of our native South, no matter how much I cajoled. I guess to most people in the southeastern United States, eating kudzu would be akin to a New Yorker feasting on pigeon fresh from the window ledge. It’s simply not done. I’m fairly sure my mother toyed with the idea of having me fitted for a straitjacket on more than one occasion.

Yet her constant insistence that I keep an open mind as well as an open mouth ensured that I became adept at product identification in culinary school, where I was reacquainted with my old nemesis, the turnip. I even came to appreciate it, if not exactly love it. As a child, I never could’ve imagined I’d grow up to eat the battery of curious foods that I do and that I’d revel in almost all of it. As an adult, I can acknowledge that it’d be sad to go through life missing out on something just because I didn’t think I had the nerve to give it a go. Perhaps the former First Lady, by encouraging cultured palates, was concerned not only with her children’s nourishment but with their propensity to appreciate the finer things in life.

I wonder what Caroline eats these days.

LC We’ve All Been There Note: Sitting at the table with a plate of something awful plonked in front of you, no escape in sight…sound familiar? They say writing down your experiences can be cathartic, so tell us: what tactics did your broccoli-pushing parents rely on to get you to eat your veggies? Those of who find yourselves in their position now as parents, what tricks do you now resort to in an attempt to get a little nutrition into your own stubborn little turnip haters?

© 2011 Carol Penn-Romine. All rights reserved. All materials used with permission.