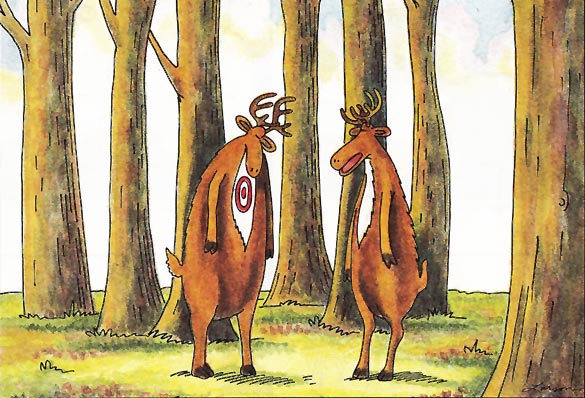 Josey is clearly the alpha male of the ski school in Stowe, Vermont, where I spend half my year. While the rest of us ski instructors resemble a pack of jolly young golden retrievers making a racket with our boundless enthusiasm, Josey stands apart. He’s quiet, tall and lean, a graceful skier, and a patient teacher. He also cuts his own timber and hunts well enough to feed his family throughout winter. He’s a real live Swiss Mountain Guide, for Christ’s sake. In short, he’s a stud. By comparison, the rest of us—handsome and dashing as we are—just seem a little, well, less.

Last winter while we waited to begin with yet another batch of almost-skiers, Josey sidled up next to me, held out a package of ground venison, and said, “Here, I bring dis for you. I think you might know how to mek sommting tasty.” I was, to put it mildly, puzzled. Honored, yet puzzled. It was a little like having someone hand you a bunch of carrots and tell you to go make soup…if that someone were, in your esteem, up there with Alice Waters.

I turned the package over in my hands. It was smallish, hurriedly wrapped in white wax paper, and secured with a jab of Scotch tape. I took the bundle home and stuck it in the freezer. It sat apart, an exotic among the peas and the chicken pot pies. Every now and then, when I’d reach into the freezer to grab some burgers or ice cubes, I’d notice the venison and feel a pang: “Geez, I’ve got to do something with that.” Still, there it sat in a sort of holding pattern, waiting while I figured out what to do with it.

Every now and then Josey would ask, “So, how was it? Did you mek sommting?” I’d look away, embarrassed, and mumble something like, “Not yet.” Then I’d grin and try to change the subject back to teaching folks how to ski or to the condition of the snow that day. Josey would just nod enigmatically and look up the mountain. I’m pretty sure this is how alpha males let you know they’re disappointed in you. Disappointed yet hopeful.

Close to half the ski season went by. What had begun as a very nice gesture from someone I admired was becoming an issue. I was beginning to worry that this was some kind of secret Test of Studhood, that Josey might be getting concerned that I didn’t know what to do with ground venison. He would be right about that.

I fretted a lot. I’d never cooked venison before. Or much wild game, for that matter. These days I get most of my meat in those lovely little sterile shrink-wrapped packages from the butcher’s case. It’s quite tidy. Serene almost. The closest I’d come to foraging was once when I cleaned and gutted four small trout that my sons caught. It took me three hours—and numerous sips of bourbon—just to gather my courage to step up to the task. I kept getting caught up in how beautiful they were. So no, I don’t know much about what to do with wild stuff.

The next Thursday I finally had a day off. I thawed the package in a bowl on the kitchen counter. I poked at it a couple of times.  I smelled it. And then I thought, “Ah, the hell with it, I’ll just try some meatballs.” No cookbooks. No going online searching for “venison.” Just start.

Armed only with the courage found in a chipped teacup filled with bourbon, I went at it. My kitchen companion, Ella, who actually is a golden retriever and remains ever eager to help but with sketchy knife skills, seemed optimistic. As soon as I opened the package, Ella’s attention focused; this wasn’t going to be one of our usual hamburger and sausage meatball sessions. Something in her expression said, “Holy shit! Is that DEER you’ve got up there?!?”

I plopped the thawed venison in a bowl and added a couple of eggs, a handful of rye bread crumbs, a chopped onion, some snipped parsley, a little pepper, and now that I think about it, there might’ve been a splash of bourbon. Then I rolled the whole mess into a bunch of little balls, sautéed them in some duck fat, and finished ’em off in the oven. Exhausted from the stress of it all, Ella and I went out and sat on the front porch to listen to the sound of the occasional car roll past a block away on Main Street. I might’ve had another sip from that teacup.

It was about four o’clock in the afternoon. We left the meatballs in the oven until I got a little nervous and then we let them cool for just the barest bit. Ella and I each took a bite. Our eyes got big. Each of us in our own way said something like, “Holy sweet Jesus, these are good!” They tasted mellow. Smooth. Deeper somehow. Not wild exactly, though you could tell there was some wildness there.

I called Josey and told him to get his ass over here. Quick.

We ate the meatballs with just a little pan gravy over some fat egg noodles with parsley snipped over the top. There was also a little salad with just a bare touch of vinaigrette. And cold beer. We just ate. We didn’t talk much about skiing. Or much about anything. What I’ve learned about the Swiss, from an admittedly small sample size of one, is that they’re serious eaters. Focused on the task. Josey finally sat back and said, “You know, dis is very good. Thank yoo.” And he smiled really big. He maybe even beamed. Then we had another beer.

I’ve come to think that “Just shut up and cook” isn’t such a bad place to start.

© 2011 Rick Casner. All rights reserved. All materials used with permission.