Skip to content
home | the david blahg | reads | P is for…Paris. And Peace.
Shares76PinShareTweetYummlyShare on FlipboardEmailHeart this post 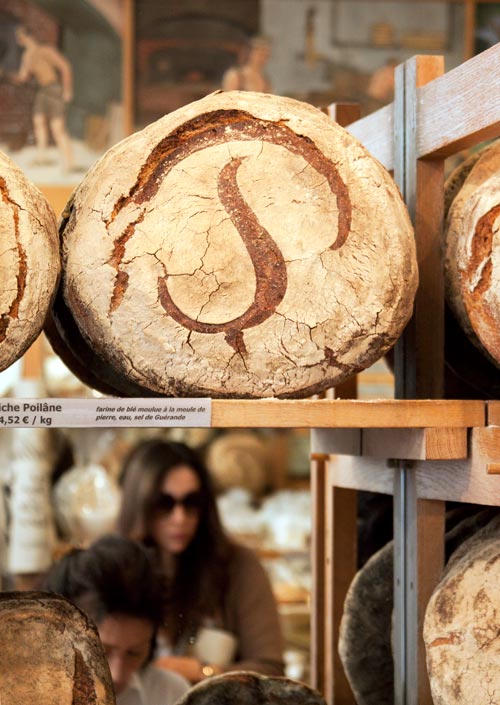 For our anniversary two weeks ago, The One and I snuck off to Paris, gleefully ducking work and responsibilities. It was a short trip, as trips to Paris go: burst in on Saturday, mope out on Wednesday. Which in actuality equates to in Sunday and out Tuesday, because the first day I arrive anywhere in Europe is completely lost. I collapse on the bed, snore in whatever foreign language I happen to be trying to mimic, then instinctually wake up just in time for dinner. And on the last day I fret: Did I accidentally leave my passport somewhere? (A logical question, as I’ve lost it twice.) Is our luggage going to fit in the overhead compartment, even though it did coming over and we bought back nary a thing? (No, not even mousse de foie gras.)

It’s a peculiar thing, I know, but when The One and I travel–even on short jaunts like this–I always look for a theme, an overarching idea that sums up our trip and gives me an emotional latitude and longitude of our relationship. A kind of intimate pulse taking. Our first trip to Paris: giddiness. Our second: security. Rome: arguments. Lake Como: indifference. The Caribbean: renewal. Yet nothing was jostling into place for me on this trip. It was arguably the best time we’ve had to Paris, but I was still poking about when it came to us. Maybe there was nothing, no theme, this time. Maybe after 18 years, you don’t need a theme.

And why would we? Sandwiched between our Pan Am-like entree and egress were some glorious days. The weather was unseasonably warm and the Parisian light, though waning and only weeks away from turning gun-metal gray for the winter, was still beguiling.

What made this trip remarkable–yet, of all our visits to Paris, so seemingly ordinary–was our renting an apartment in the 8th arrondissement. This required that we happily fend for ourselves in ways we hadn’t before: schlep heavy bags from the market filled with roast chickens, cheese, and wine; wedge ourselves into the building’s elevator the size of a upturned casket; and even make our bed every morning. (Yes, The One made us make it even on vacation.)

But perhaps most memorable was the pleasure of dining with old friends and new acquaintances. This was different for us. We’re usually on our own when we travel–eternal outsiders looking in. We were now able to experience Paris as locals. Our only requirements for a dining spot were 1.) it be new to us, 2.) it constitute a favorite local boîte for our French and wannabe American expat friends, and 3.) our reservations must work around our visits to as many museums, monuments, and beloved spots as we could squeeze into 72 hours.

First on our agenda was meeting the charming Clotilde Dusoulier at Coinstrot Vino, hidden in the impossible-to-find Passage des Panoramas in the 2nd arrondissement. I was exhausted by the time we met up–it was our first day in a new time zone, after all–but I remember being lucid enough to be impressed by and even develop a wee bit of a crush on Clotilde. Oh, and I remember the foie de lotte, monkfish liver. Fantastic.

The next day, The One and I had a lovely three-hour lunch with Dorie Greespan and her husband, Michael, at Le Marsangy, un petit bistro that welcomed only four other guests that day,  and which I forbid you–positively forbid–you to visit, as the chef enjoys what he does and doesn’t want the place to be discovered. Our lunch was foie gras, tiny fried whole fish, lieu jaune (a marvelously delicate white fillet of fish), a hachis parmentier  (a most satisfying shepherd’s pie-like dish, made with duck confit–right? Right?!), salted caramel ice cream, and fondant au chocolat. You get the picture, non?

Dinner that same day was with Jennifer McLagan–the Fat Lady, although she weighs less than a whippet–and her husband, Harald, at Le Severo. It’s a plus petit bistro in the 14th arrondissement, in which carnivority is on flagrant and unabashed display. A local favorite of Jennifer’s and Harald’s, Le Severo specializes in meat, meat, and more meat. Mostly red, always served bleu or saignant. (Don’t even think of ordering it more cooked.) And the offal! Let’s sing praises to the offal. The One was in a hazy thymus reverie as he rip into his ris de veau. Rarely have I seen him more content.

We broke our rule of eating at unfamiliar places only when it came to our anniversary dinner. It was Le Bistrot Paul Bert or nothing. We discovered it on our last visit, and we happily traded in all the folderol and pyrotechnics of flashier Parisian spots for the clamor and simplicity of this place. Honestly, how can anyone resist the charm of  dark woods, crackled mirrors, and tattered old chalkboard menus that waiters prop up on a nearby chair for you to peruse? And was it just us, or were les garçons de café curiously nicer this trip? (I chalked it up to my newly remembered high school French–thank you Rosetta Stone–but The One reminded me he speaks an inimitable Italio-Luso-Anglo hybrid all his own, and he still was treated well.) He ordered his favorite, steak frites, and I had a stew of beef cheeks accompanied by a swanky and reasonably priced Chateau Beau Rivage 2007. For dessert, a chocolate soufflé. (I know, I know–the clichéist of all French clichés. But so few are done well, and this was spectacular. It was so good, the nearby table of Brits ordered four, after hearing some rather indecent moaning coming from our little two-top.)

The rest of our precious time in Paris was spent wandering around, agenda-less, which is odd for us. While sitting in the Place des Voges, our favorite park in the city, I asked The One, “Would you consider spending a month here next year?”

A pause. “Possibly.” Knowing how he hates to commit to anything lest he be hemmed in by plans, I took that as a yes. By the time we left the park an hour later, I had moved us into the Rue Balzac apartment, redecorated it, and filled the cave with wine from the neighborhood wine shop.

On our last day, we visited Poilâne bakery on the left bank. Dorie had told me a few years back that I had to go and just marvel at the artistry. While admiring the Poilâne miche, the iconic large crusty loaf with the perfect cursive “P” carved into its dome, it all fell into place. Or make that into peace. The letter “P,” to me, stood for peace on this trip, which is what I was feeling about my life. About our life. And that’s why my emotional GPS was broken–I’ve never really experienced it before. Ah, so that’s what peace feels like, I thought. No problems to solve, no skirmishes to win, no expectations to have dashed. Just quietness.

As The One walked over from the local square, I bumped him with my hip, smiled, and whispered, “Happy anniversary.” I tried to hold onto this feeling of peace–this absence of anxiety and drama. I was wobbly, it being so subtle and new. And it lasted most of the morning until we arrived at the metro, where we butted heads about how to get home. I got snarky, he got belligerent. The peace eventually dissipated, but, as is our way, we forgot to stay mad at each other. Even if we don’t visit for a month next year, I’ll be okay with that–and him. Because no matter what, we’ll always have Paris–and that morning of peace.