This Portuguese golden soup, called sopa dourada, is a sweet Christmas dessert of sponge cake dipped in a sugar syrup and then drizzled with custard sauce. 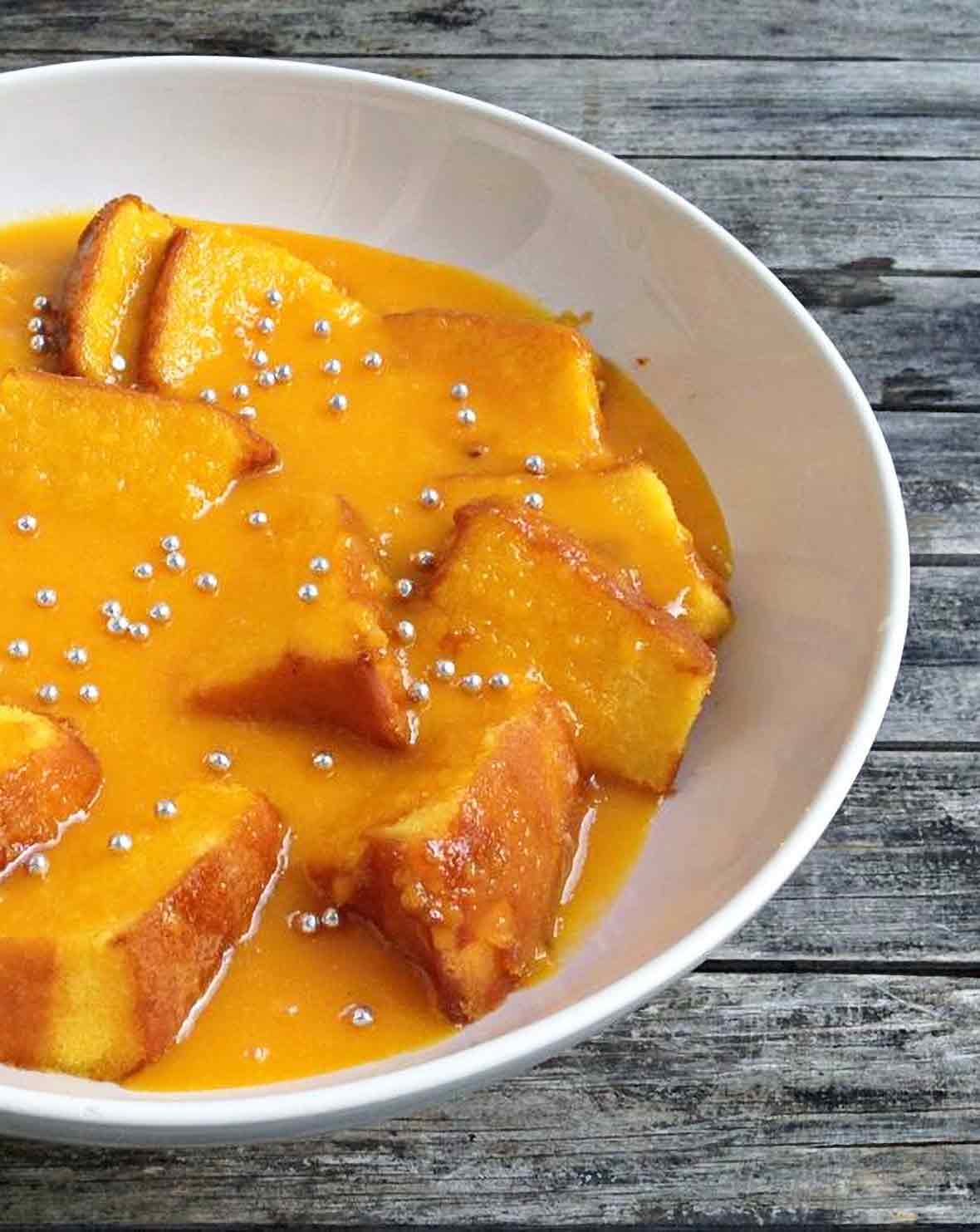 Adapted from Edite Vieira | The Taste of Portugal | Grub Street, 2000

In The City and the Mountains, the brilliant Portuguese writer Eça de Queiroz recalls his leaving Paris to return to his native Portuguese village for family reasons. What a nuisance. But then he realized that there might be compensations awaiting him: “I thought how good Aunt Vicencia’s golden soup would be. I hadn’t savored it for years, nor the roast suckling pig, nor the rice, made at our home!” He confided afterwards: “I ate with delight Aunt Vicencia’s golden soup…”

Golden soup is a dessert served usually during the Christmas season in the Minho province and more specifically in Viana do Castelo.–Edite Vieira

Though the Portuguese traditionally reserve golden soup for Christmas, we think they’d understand if you just can’t wait till the holidays to indulge. 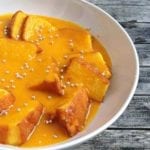 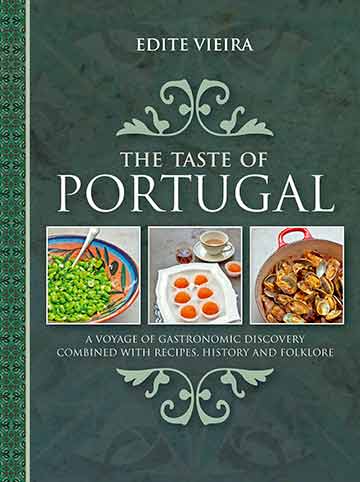