A bûche de Noël is the traditional dessert the French serve at Christmas and, like so much of their pâtisserie, it has potential for other celebratory occasions throughout the year. Annie Bell gave us her recipe for this very chocolatey, very festive yule log.–Micah Carr-Hill

LC Let’s Be Clear About One Thing… Note

We’re all for festive, although we’re not so into the traditional–and woodsy–embellishments for this edible yule log, among them marzipan mushrooms and faux bois flourishes. We’re into Christmas cakes strictly for the chocolate, pure and simple. So as far as we’re concerned, no need to fuss over decorative devices. Besides, one bite of this decadent cake and its inherent and chocolate-y goodness will steal all the attention. We guarantee it. 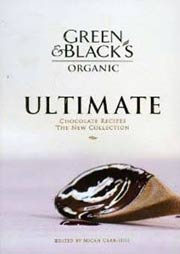 For the chocolate chestnut mousse

My bouche was certainly amused eating this delicious dessert! The chocolate chestnut cream filling/frosting is really the star here, but the cake is pretty darned stellar as well. The cake is moist and light, but also slightly dense. It rolls easily and didn’t crack. It retained its shape well and didn’t need any assistance in staying put while cooling. My baking time edged to the 10 minute mark, and I let it cool for more than the hour specified, as it was quite warm when I baked it. When melting the chocolate, I just used the microwave at 30-second intervals until the chocolate was mostly melted and then let the residual heat finish melting the remaining bits. The filling, rolling and frosting of the cake is straightforward enough, and came together without much fuss. Despite the recommendation that the cake is best the day that it’s made, I really thought it benefited from an overnight stint in the fridge. The flavors really melded, and the cake and filling almost fused together in a delicious, moist and ganache-like way. I’d make this the day before I’m planning to serve it and then let it sit out a bit before serving. A winner in my books.