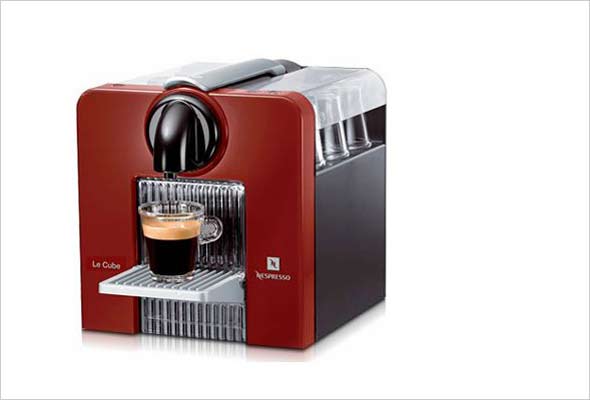 I began drinking coffee at age seventeen. I’ve been caffeinated every day since, save for two during a brief fling with abstinence back in the spring of 2006 that gave me a headache. Otherwise, I’ve been a coffee enthusiast—a layperson in the coffee world, yes, but an aficionado, too, one who dreams about espresso machines the way some guys fantasize about sports cars.

I think destiny may have played a role in all of this. I came by my addiction at home, perhaps inherited it. The day I was born in 1977, my mother was quoted on the front page of the Wall Street Journal in a story about the global coffee shortage. That year, there was greater demand than supply for coffee beans, and my mother, interviewed in a Chicago supermarket, defiantly said that even if prices skyrocketed, she wouldn’t be discouraged — she needed her fix. Back then, my parents were big coffee drinkers, four to six cups each throughout the day. They’ve since cut down. But when I look back on memories of family trips, from coastal Maine to lakeside Canada, the motif that stands out is my mother unpacking her portable coffee machine, a tiny multi-part contraption with screw-top canisters for sugar and cream. Frequently the first thing we’d do after arriving somewhere was go out and find her some half-and-half.

My parents aren’t coffee elitists. For decades, they drank Chock full o’Nuts. But I wanted more for myself. During a teaching job in Italy after college, I discovered espresso, and I bought a stovetop maker as soon as I got home. The results were bad. Brewing espresso, great espresso, is difficult and complicated. I tinkered for years with a range of setups, grinds, and makers. I fantasized about spending seven hundred dollars on a coffeemaker, and even more on a grinder, and I didn’t see anything wrong with that. These fantasies included me developing a daily ritual that, after twenty-five minutes of labor, extracted a teacupful of extraordinary pleasure — and, after each morning’s toil, allowed me to begin my life’s most fulfilling day.

Then I got a job in France. Paris may be a wonderful place to savor the experience of drinking coffee, but the actual coffee served in cafés is pretty bad. It’s been ten years since Corby Kummer, the food critic for the Atlantic, told the world why the espresso in Paris is so awful, but his assessment stands. One of the first things I heard from Parisians was how the Starbucks invasion hadn’t been all that bad. My new coworkers told me they initially flocked to the chain not just for the air quality — at the time, Starbucks was among the few cafés in Paris to be cigarette-free — but also for the espresso.

It was those same Parisians, among others, who introduced me to Nespresso.

A Nespresso machine is an appliance mass-produced for lazy caffeine addicts. It’s the coffee world’s equivalent of C3PO. The company sells espresso machines and vacuum-sealed bullets of coffee. Purchase a machine, drop in a capsule, press a button and thirty seconds later, your coffee’s done. The snag is that one doesn’t work without the other — Nespresso machines require Nespresso pods, and vice-versa. The Nespresso experience is therefore something of a system, or rather, a scheme to slurp money from your bank account. A very, very popular scheme. According to Fast Company, Nespresso now sells more servings of coffee per year than Starbucks. It even outsells Lavazza in Italy.

Back when I was working in Italy, I drank an espresso at a truck stop outside Florence that stopped my heart, metaphorically speaking. Nespresso is not that coffee. The only thing astonishing about it is how little it requires from you to create. But pit it against the espresso served in most coffee shops, even the establishments that cater to coffee-fetishists, and I would bet on Nespresso to place. Perhaps not win, but run a good race.

In exchange for your Euro or your dollar, you receive consistently delicious espresso, gained from an experience so easy, so uniform, you may as well have installed a coffee faucet next to the sink. Nespresso machines start around $150. The cheapest pod costs fifty-seven cents, only available from Nespresso stores, or via mail-order for those who, like me, don’t live in big cities. I drink three espressos before lunch, and one or two before bed, which, at about three dollars per day, I can stomach. There’s even the thrill of magic, the vision of something produced from nothing: you never see the coffee grounds themselves, and you do nothing with regard to production except push a button.

Like my initial interest in coffee, my enslavement to Nespresso was bequeathed. My red machine, the size of a small television, was nearly as big as the oven in our cramped Paris kitchen, and took up a great deal of precious counterspace. When we moved back to the U.S., we sold it to a friend (it was too bulky to pack), and promptly bought its replacement (the same model) once we landed stateside.

The selling point isn’t the coffee; it’s the ease of use. It’s no fuss, no muss every time, and because the user isn’t given anything to screw up, the coffee is delicious — not precious, but coffee as coffee, and now let’s get to work. And that’s perhaps the worst part for any wannabe coffee nerd like me. There’s no tamping or scooping. No waiting for hot water. No timing with a stopwatch or stirring with a bamboo wand. No grinding — and that last part is the most upsetting. Since the coffee in the pod is never exposed to air, there’s no aroma to the experience — which changes the experience completely, in my opinion, for the worse. As if my espresso is coming from a fax machine.

A year into my Nespresso patronage, I flew from Paris to San Francisco on a business trip and had dinner at the home of a colleague’s friend. After a meal of homemade pizza, he brewed us espresso from beans that he’d roasted that weekend. The coffee was very good, but I knew when I tasted it: I’m not that guy. To me, coffee is caffeine. It’s that rare food that smells better than it tastes, and feels — cognitively, post-consumption — even better than it smells. So when boutique coffee roasters complain that pods will kill great coffee in America, the argument falls on deaf ears. I don’t care. Then again, I also love Diet Coke and Coke Zero, which smell like they taste and taste like liquefied non-precious metals.

Still, there’s a special chamber in my heart for coffee purists, like my local barista who won’t sell me an iced espresso in the summer because it “bruises” the coffee’s flavor. With a Nespresso machine, the only craft performed is by a hidden system of fabricated parts. The labor has been done elsewhere by other hands, in a factory, in fields, all so that I can press a button each morning, hold my cup below the nozzle and milk my robot.

I’ll take convenience over craftsmanship any day. That’s the coffee world I’ve selected for myself. Beyond the woods behind my house, I hear the drum beat of coffee purists, the rebel forces who wear ripped leggings and grind their beans with stone pestles. I can see them, hear them — they’re brewing espresso right now over campfires, hatching plans in Italian slang. Whereas I live in passage JJ-12, Tier IV of the Subsistence Dome, where I drink my pod-coffee iced and polish a silver nipple protruding from the wall. In the great coffee wars, I hope they win. But don’t expect me to die sleepy.

© 2011 Rosecrans Baldwin. All rights reserved. All materials used with permission.

Rosecrans Baldwin is the author of You Lost Me There, one of NPR’s Best Books of 2010 and a New York Times Book Review Editors’ Choice. His next book, Paris, I Love You But You’re Bringing Me Down, is forthcoming in April 2012 from Farrar, Straus and Giroux. He co-founded The Morning News.