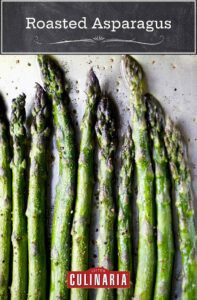 This roasted asparagus is easy and quick and made by tossing asparagus with oil and salt in a pan and briefly roasting in the oven. A healthy side dish that turns out perfectly every time. 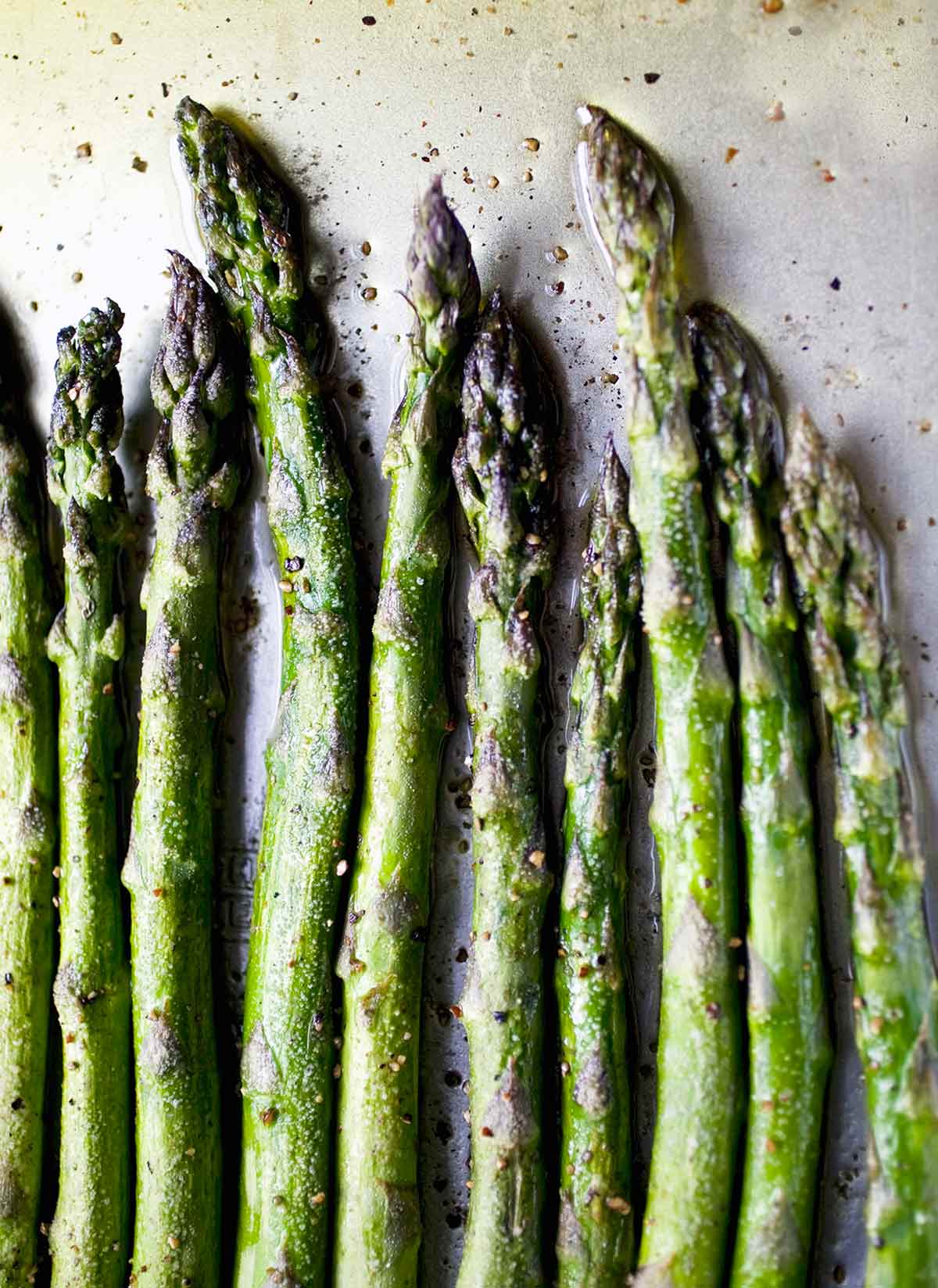 Know when you steam asparagus a little too long and the spears end up mushy and slimy? Actually, we don’t know what that’s like. At least, not since we started using this roasted asparagus recipe. The foolproof technique and perfect timing intensifies, rather than dilutes, that inimitable grassy asparagus taste and leaves the texture of the stalks about as far from slimy as imaginable. Oh, and if you’re thinking an actual recipe for roast asparagus isn’t really necessary and that you’re too accomplished a home cook to need to be told how to do something so basic, think again. This reliable recipe may convince you otherwise by turning out perfect asparagus, time after time.–Renee Schettler 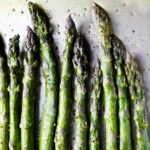 The timing here depends on how thick the asparagus are—they can be pencil thin or super thick. Just pierce them with a knife; when it goes in easily, they’re ready to be broiled to get some nice, brown color.
Eva Longoria
Prep 5 mins
Cook 10 mins
Total 25 mins
Sides
American
6 servings
51 kcal
5 / 3 votes
Print Recipe 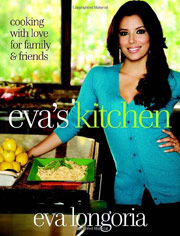 *What is the best way to trim asparagus?

There is the tried and true method for those slender spears—the bend and snap. If this is the way that you choose to go, we're not going to argue. Look, some of us still do that and feel great about it so we're not going to throw any shade your way. However...have you ever thought that maybe that way is a little inefficient? If you take a look at your stalks, you can see where the rough part starts (where the stem starts to fade to white) and just chop that off, all at once. The bend and snap takes longer and you might find that you're wasting some of the spring deliciousness you've been waiting for.

I was pretty skeptical when I saw this recipe, as roasting asparagus is a pretty straightforward activity. But boy, was I impressed. Just by skipping that one little step at the end–the part where the tender asparagus gets just a short blast of extra heat from the broiler–I was missing out on the best possible flavor.

This recipe really couldn’t be easier and the results were delicious. I trimmed my asparagus by bending the spear until the tough, woody part broke off, and then roasted it. In spite of the fact that my spears were pretty thick, they were perfectly knife-tender in 10 minutes. It took about 4 minutes under the broiler until I saw some of the browning the recipe instructed me to watch for. This is the part that makes all the difference. The quick broil renders the heads of the asparagus crisp and slightly caramelized, while the rest of the spear retains its fresh green flavor.

It’s a great combination and better yet with a spritz of fresh lemon juice. I’ve found my new roasting method. Yum.

I've never understood an unbridled love for asparagus...until I roasted it. Asparagus has never tasted so good. This recipe is so simple but absolutely wonderful. I've found myself having this as a midnight snack...Mmmm mmmm.